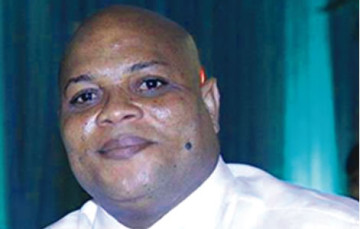 First Consultants Medical Centre has indicted the Liberian Ambassador to Nigeria, for his alleged involvement in the country’s first case of Ebola.

The hospital is accusing the ambassador of putting its staff under immense pressure to release Patrick Sawyer, against the management’s wishes, Vanguard reports.  They also allege that the ambassador threatened to file a lawsuit against them if they refused to release Sawyer.

“The Liberian Ambassador to Nigeria started to put pressure on us that Mr Sawyer had his fundamental human right that he wanted to leave the hospital and he should be allowed to leave .”

In other words, we have a provision within the law that allows the person to sign and leave the hospital. Meanwhile, there is a superior provision within that law which is that you can decline the patient for public good.”In order to protect ourselves as an institution, we called in our lawyer who drafted for us a resolution, stating that we were not going to let Sawyer out because it will not be in the public good to let him out.”

“Because we did not let him go, Mr. Sawyer unleashed his bio terror on the staff of the hospital. He knew he had the disease, he was angry to the extent that he released his blood to contaminate our people as they came in.

We lost four of our key staff who included, Dr. Adadevoh, she worked here for 21 years, Dr. Amos Abaniwo, our Chief consultant Anesthesiology and Director of clinical service, had been with us for 16 years.

Dr. Adadevoh died leaving the husband and a son, Dr. Abaniwo died leaving his wife and three kids, the third person that died was a nurse Ejeleonu, she just started working with us that day.

Unknown to us she was two months pregnant and she died with the pregnancy. The fourth person that died was nurse Evelyn Uko who had been working with us for the past 31 years. She was a widow, a single parent raising four children, she died living those children with us, multiple tragedy because the four children were kicked out of the home because of the stigma.”

Health Worker in US Contracts Ebola