IMF Appeals for help to Countries Affected by Ebola Outbreak 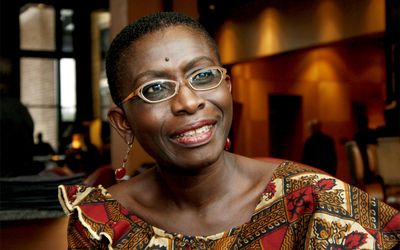 The International Monetary Fund (IMF) on Monday appealed to the donor community to provide grants to countries affected by the Ebola outbreak to avoid a decline in their economies.

The Ebola virus has already killed no fewer than 4,600 people in Guinea, Sierra Leone and Liberia with the World Health Organisation (WHO), saying “it is focusing on 15 African countries in its efforts to stop the spread of the deadly virus.’’

“In the countries currently affected by the Ebola outbreak, fiscal accounts are coming under considerable pressure,’’ she said.

She said that the Ebola outbreak was exacting a heavy economic toll, with economic spill-overs starting to materialise in some neighbouring countries.

Introducing the October 2014 IMF Regional Economic Outlook for Sub-Saharan Africa in Dar es Salaam, Sayeh said the affected countries should be supported through grants to enable them to accommodate higher Ebola-related spending.

“The grants should also help avoid an even more pronounced decline in economic activity,’’ she said.

Sayeh said that when grants were not immediately forthcoming, and provided that the public debt levels remained manageable, fiscal debts should be allowed to widen, subject to the availability of financing.

“Should the Ebola outbreak be more protracted or spread to more countries, it would have severe consequences in the affected countries and larger spill-overs,’’ she stressed.

However, Sayeh said sub-Saharan Africa region’s economy was forecast to continue growing at a fast clip, expanding by about five per cent in 2014, the same level as in 2013 and accelerating to around five and three quarters per cent in 2014.

She said that the growth was underpinned by continued public investment in infrastructure, buoyant services sectors and agricultural production.