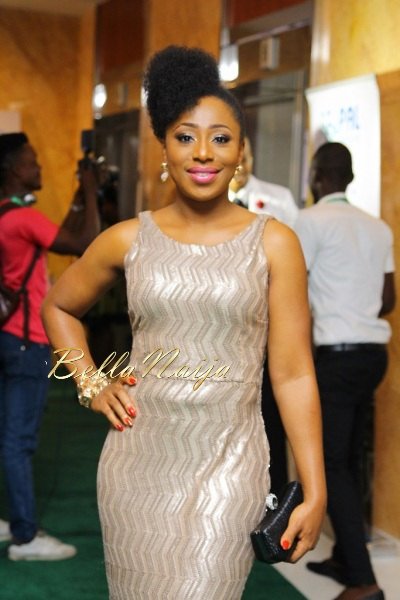 The 2014 Nollywood Movie Awards held on Saturday, 18 October, 2014 at the Intercontinental Hotel in Lagos and there were a number of Nollywood faces spotted at the event.

The event started with a red carpet and despite the rain in some parts of the city, it was a night filled with glitz and glamour, hosted by Dakore Akande, Uru Eke, Kayla Oniwo of Cool FM, Gideon Okeke and Denrele Edun.

The night was a tense one as winners were announced for each category. Mike Ezuruonye was announced as the Best Actor in a leading role for his part in the film, Unforgivable, while the producer of the same movie, Dayo Amusa, emerged the Best Actress Indigenous.

Iretiola Doyle won the Best Lead Female for her role in ‘Torn’, while Afeez Eniola was announced as Best Actor Indigenous for his part in ‘Alakada’.

Best Movie — A Mile from Home

Related Topics:2014 NMA2014 Nollywood Movie AwardsList of Winners
Up Next