Aunty Bella: Miss. Did I Ruin His Dreams? 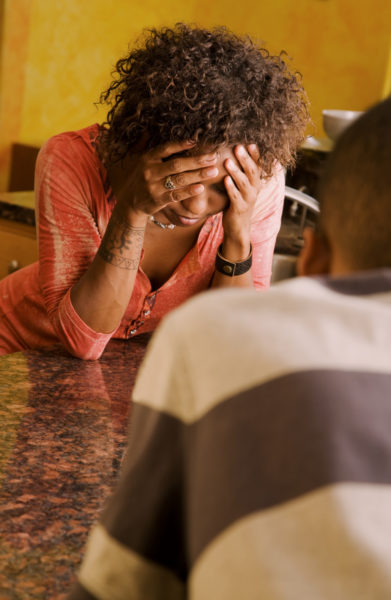 Aunty Bella is our agony aunt column on BellaNaija. We launched this column in the early days of BN and periodically feature issues sent in by BN readers. We hope the BN family can offer insightful advice as well

Well Aunty Bella,
This might not seem too serious but it is to me. I have been having a lot of guilt on me since I changed my cousin’s mind about his plans for education. See, my cousin is really young like about 8 yrs old but he is so good at math like he can solve math problems way ahead of his age [what people twice his age are doing] and wanted to take math major when he enters university. Well, me going through that major now wanted to tell him the reality that majority of upper level classes are not calculations but writing proofs and just a whole lot of writing that if he wanted a calculation degree Engineering has more calculations – things that I wish others had told me. Well upon hearing that, my cousin proceeded to cry and I felt so horrible like I had just dashed his dreams. Right now, I’m feeling like a horrible because I’m just wondering what I can do to make sure he keeps his interest in math like he always had, and not take my words too much to heart because it might be that’s what he was meant to do in school and I just ruined his destiny/dream.