I Have Made my Lifelong Pursuit to Make Her Truly Happy! Linus Idahosa on his Wife Stephanie | Pics & Scoop

We totally loved Stephanie Linus and her hubby Linus Idahosa‘s cover of ThisDay Style today! The power couple spoke candidly about their love story, current projects and much more. As we all know, Stephanie is a superstar actress, producer and advocate. She is currently promoting her advocacy movie “Dry” which spotlights the plight of young women afflicted with Vesico Vaginal Fistula (VVF) while Linus is a successful entrepreneur who is the Founder/CEO of Del-York International – a media, marketing/broadcast communications and technology Services company, also the sole representative of the New York Film Academy in Africa.

Read the excerpts from the interview with ThisDay Style’s Funke Babs-Kufeji below. Photos by Yetunde BabaEko for Camara Studios. 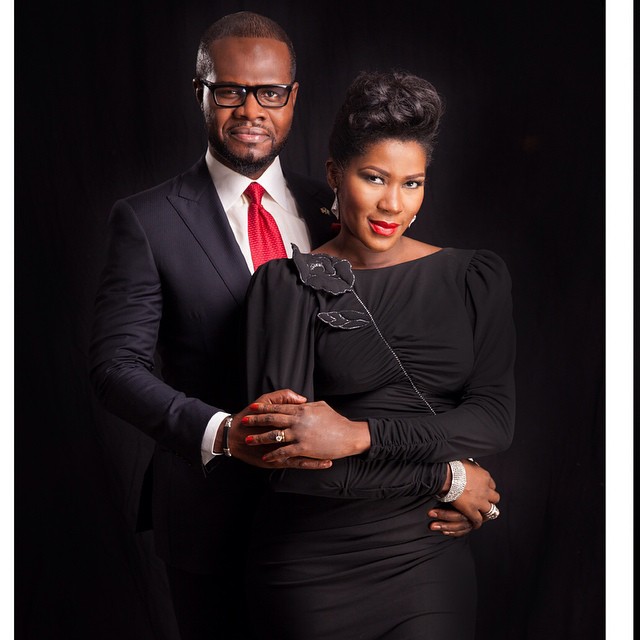 Love at First Sight? Linus on how he and Stephanie Met
I met Stephanie while doing some Business Consulting work for a Middle Eastern Company that wanted to berth in Africa; they needed an African female celebrity ambassador for their brand; Liya Kebede from Ethiopia and Stephanie were the two candidates on tab for the role; so I reached out to her; So yeah…it was “Love for Business at First Sight”.

On how he copes with being married to a Superstar actress
Being married to her is an ever glowing experience; a tale I some day, would write a book about; Stephanie is an absolute blessing!

A loving, selfless, patient, positive being; someone I have made my lifelong pursuit to make her truly happy because her heart is in the right place. It is one thing to say you believe in someone; it’s another to live it. We are friends, lovers, husband and wife.

On social media pressure
Pressure from fans and the likes comes with the territory; it’s even worse now with the advent of new social media, if it’s not PINGS, it’s Instagram likes, if it’s not that, it’s Facebook beeps, Twitter alerts or Linkedin invites. But it’s a world I understand, so for us, communication is key and that is what defines the boundaries of our relationship.

Linus describes his wife in 3 words
Selfless, Smart and Spirited On What Endeared her to her husband, Linus
He had a magnetic presence that was very captivating. He didn’t beat around the bush, he knew exactly what he wanted and was upfront about it, which I found charming and sexy!

Why He’s the One!
He is very tender and protective, a man’s man. He is sweet, humble, driven, has a close relationship with God, very loving and takes good care of me. We respect what we have and as a woman, when a man loves you, you just know. You know that you’re in it together, regardless of any situation. With him, there was a conviction in my heart that this is it.

A look back at Stephanie & Linus’ Spectacular Wedding! You can also check out our BN Exclusive post with pics.

BN Health & Fitness: Working On Your Abs with Adagurl