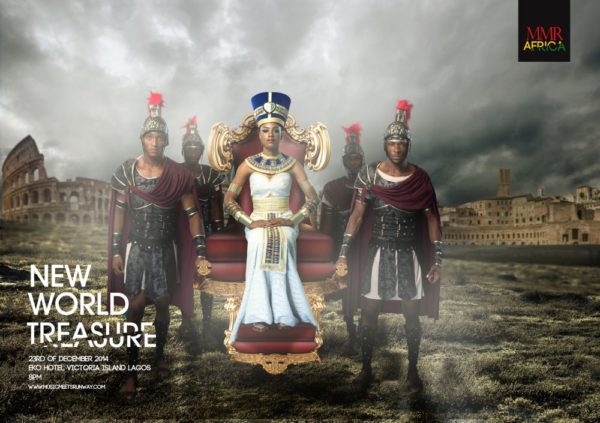 Music Meets Runway is proud to announce the talented artistes from Africa that will be performing at MMR 2014 on Tuesday 23rd December 2014 at Eko Hotel & Suites at PM prompt.

MMR 2014, “The African Edition“, selected this year’s artistes from all around Africa; with amazing talents who captivate their audience through their various styles of music.

The artistes who will perform alongside the innovative designers in the African fashion industry are: 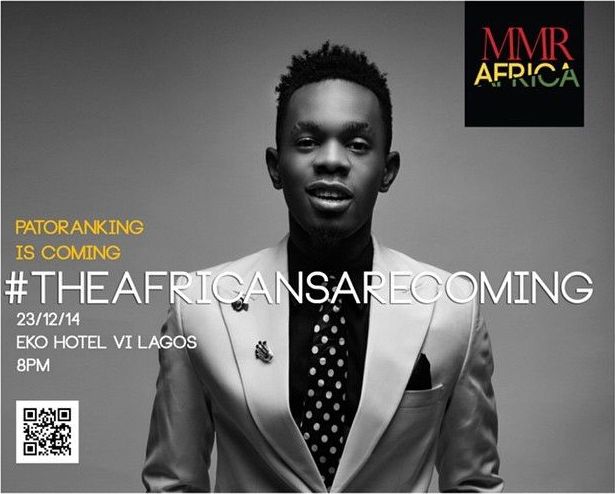 Patrick Nnaemeka Okorie known by his stage name, Patoranking, is a reggae-dancehall singer and songwriter from Nigeria. He is best known for his club bangers like “Girlie O“, “Alubarika” and his amazing collaborations with Tiwa Savage, Seyi Shay and Run Town amongst others. 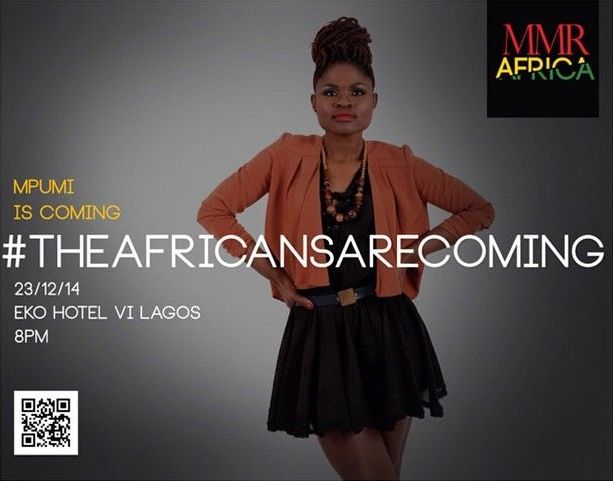 Mpumi, popularly known for her songs such as “Somandla”, “That Feeling”, & “Sol Phenduka”, is a South-African artist who has been dominating the industry in phenomenal ways. Her love for music has led her to share her music in countries like France, Switzerland and Spain. She has featured on Heavy K’s hit single, “Wena”. 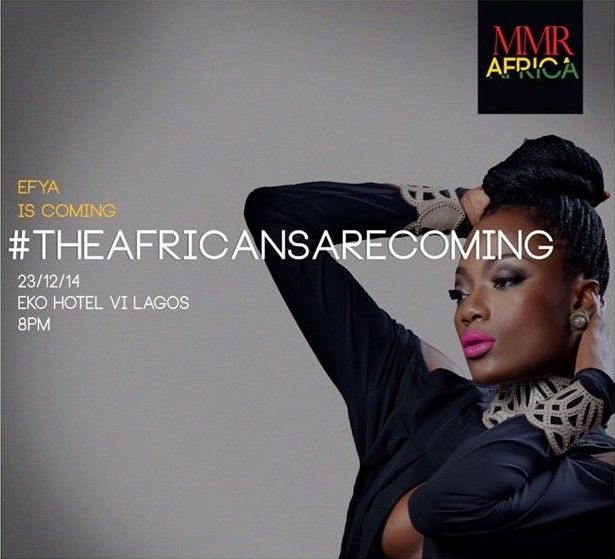 Jane Fauzzier, popularly known as Efya is a neo-soul vocalist, songwriter and performer from Accra, Ghana. She rendered a breath-taking performance at the 2013 Africa Magic Viewer’s Choice Awards and is the artiste behind hit singles like “Forgetting Me”, “One of Your Own”, “Weather for Two”, “Life”. 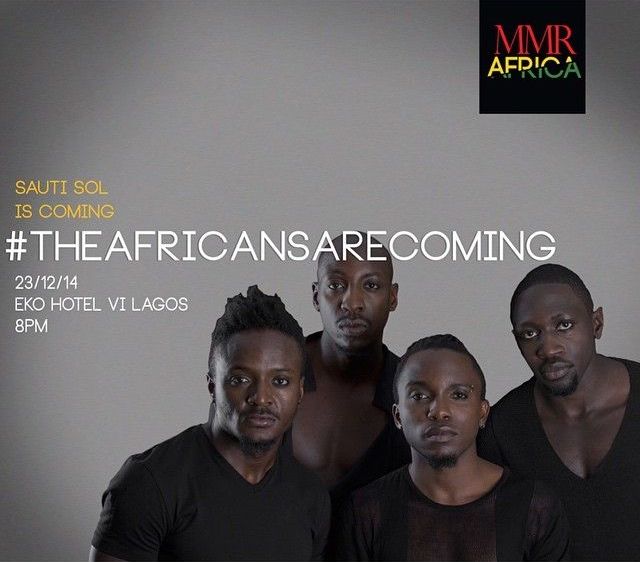 Sauti Sol is a Kenyan Afro-Pop band formed in Niarobi by vocalists Bien-Aime Banaza, Wills Chiamano and Delvin Mudigi. They have constantly topped the Kenyan charts so it is no surprise that they have multiple awards and nominations such as, Best African Act, Most Gifted East African Group, Best International African Group, Best International African Act amongst others. MMR2014 will be their first ever performance in Nigeria. 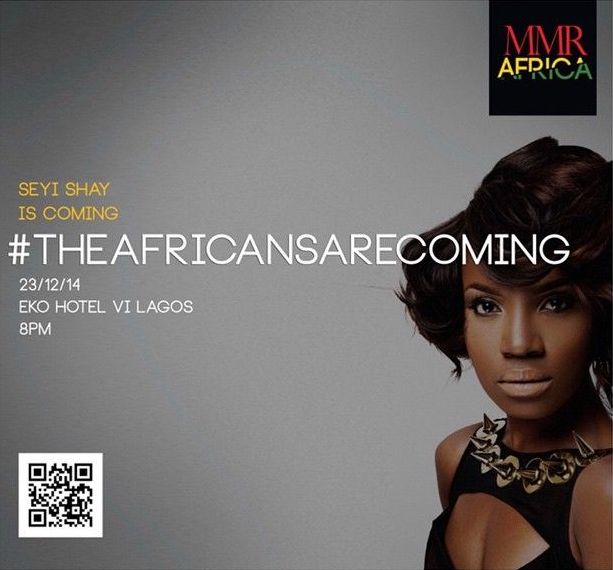 Hits like “Irawo”, “Ragga Ragga”, “Murda” & “Crazy” are some of the amazing works of Seyi Shay. The singer and songwriter has shared the stage with some of Nigeria’s best as well as International acts like Chris Brown, Wale & Rick Ross. 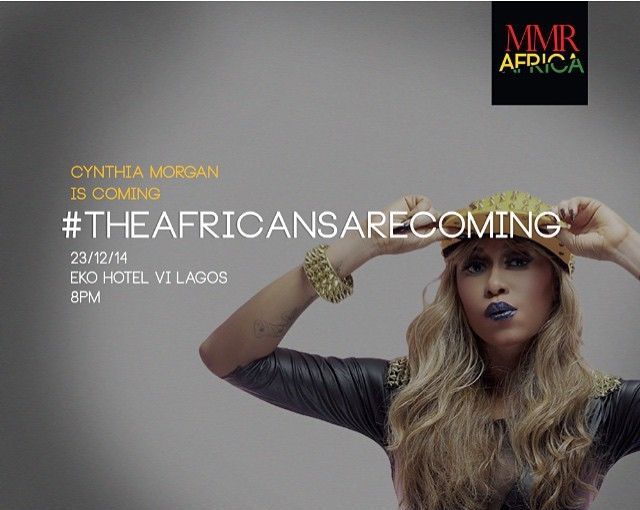 She is a talented artiste from Benin City started her musical career at just 16, when she released her first single, receiving massive airplay in her hometown. Cynthia recently dropped her hit single, “Don’t Break My Heart” and has featured other artistes like General Pype and Trey Pounds, performing alongside Mo’Cheddah, Nikky Laoye, Sound Sultan and Lami. She is the breakthrough artiste for Music Meets Runway 2014. 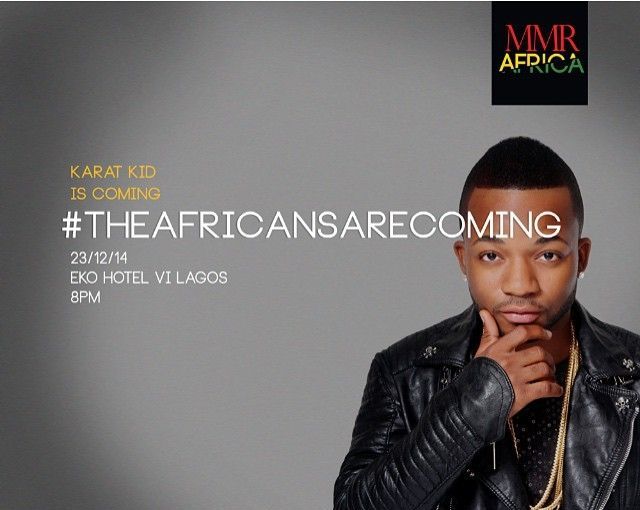 With singles like “Olowo La Laye” and “Jo Fun Daddy”, Idris Oshingbade aka Karate Kid is a young and talented musician from Ogun State. He is the Music Meets Runway New Artist Spotlight 2014. 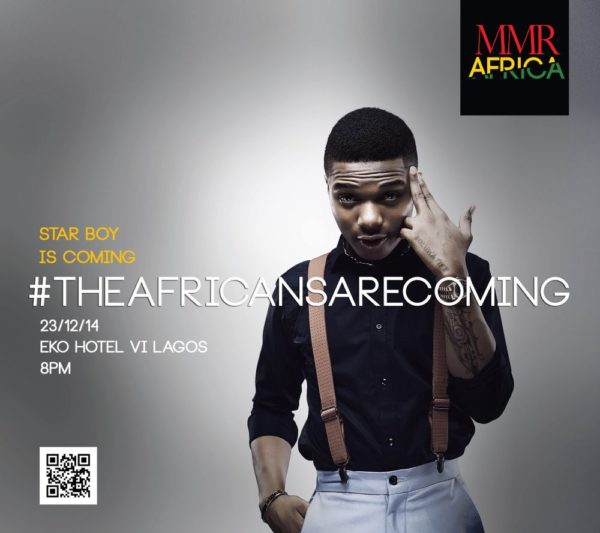 Ayodeji Ibrahim Balogun aka Wizkid is a popular Nigerian artiste and songwriter. He started his music at the tender age of 11. He released his debut album, Superstar in 2011 with hit singles like “Tease Me”, “Don’t Dull”, “Pakurumo”. He has bagged various awards including a BET Award, a MOBO Award. His latest album, Ayo (Joy) features artistes like Akon, Tyga, Wale, Seyi Shay, Banky W and Femi Kuti with club bangers like “Show you the Money”, “In My Bed” and “On top your Matter”. 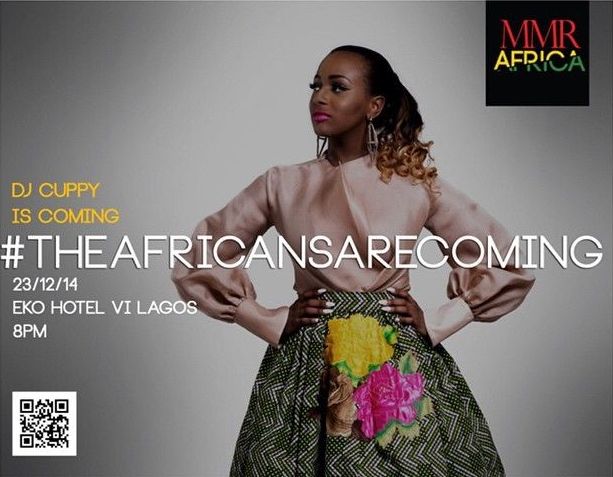 Ifeoluwa Florence Otedola aka DJ Cuppy is the fast rising 21 year old DJ who was the official DJ for the 2014 MTV Africa Music Awards. DJ Cuppy began by playing the piano and later ventured into beat making, and thereafter became a disc jockey. She has performed in top clubs and events in Paris, New York, Dubai and of course, Nigeria. Cuppy has described her new sound as “neo-afrobeats”, a genre of music which blends electric house with Afrobeats. DJ Cuppy is the official DJ for mmr2014. 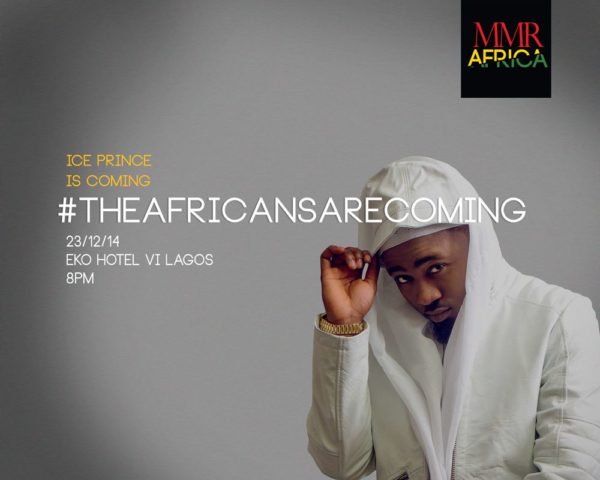 Panshak Henry Zamani popularly known as Ice Prince is a a hip-hop recording artiste and performer. He rose to fame after releasing “Oleku”, one of Nigeria’s most remixed songs of all time. He has received different awards ranging from the Headies to the Channel O Awards as well as a BET Award. Ice Prince released his second debut album, “Fire of Zamani”, which has hit singles like, “Aboki”, “More” and “I Swear”. Ice Prince will be bringing all that fire at this year’s Music Meets Runway.

Get your tickets now!