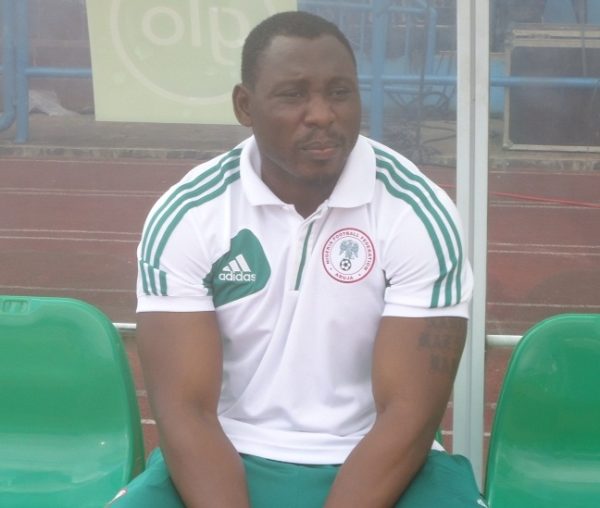 Daniel Amokachi, the Super Eagles Stand-in Coach, said on Thursday that Christian Osaguona, Rangers International FC of Enugu striker, was dropped from the 19-man squad for this month’s friendly matches for poor performance.

The friendly matches are scheduled to take place in Abu Dhabi, United Arab Emirate (UAE), against Cote D’Ivoire on Jan. 12 and Sudan on Jan. 17.

The News Agency of Nigeria (NAN) reports that Osaguona alongside Chinedu Udeaga his Rangers teammate and Ammel Wilfred of Kogi United were dropped for the Abu Dhabi trip.

“As football players, we prepare our mind and from day one I told the team that we will travel with 19 players and that they should be focused.

“If you have been here before but you don’t show the level of fitness and intelligence, definitely you are going to be dropped.

“One of our key players was a victim today; Osaguona didn’t make the team because we have the likes of Mfon, Gambo, Obiozor and Salami, who are looking sharper than him and we don’t have time.

“The rest are Idris from Mighty Jets and another player from Kogi.

“That’s the three that we left but the key player that we dropped that we would have loved to be there is Osaguona but we have better players than him today.’’

The 19 Eagles that made the Abu Dhabi trip are Goalkeepers Chigozie Agbim of Gombe United; Daniel Akpeyi of Warri Wolves and Theophilus Afelokhai of Kano Pillars.

NAN reports that the 19 shortlisted players are from the Nigerian league.