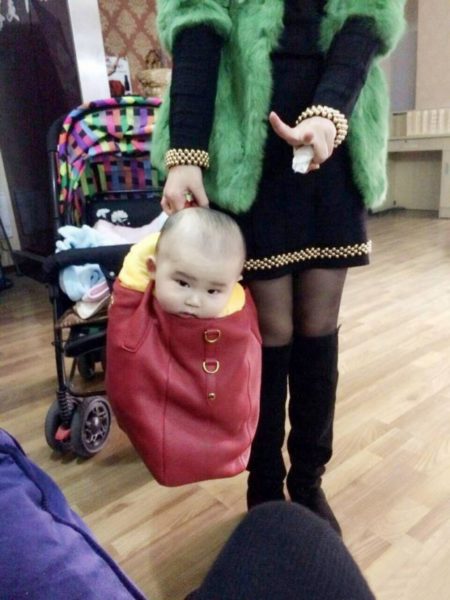 We’ve seen and heard of people carrying their cute little dogs in handbags. But carrying a baby in a handbag? Wow.

Apparently, a 26-year-old Chinese mother, Xue Hsueh, thought it would be a great idea to carry her nine-month-old son in her designer bag, and take a picture. She subsequently posted it online, Metro UK reports.

Shortly after posting the picture, Hsueh, received widespread criticism from most people online who saw the image.

However, she has defended her actions, claiming that the baby was only in the handbag for a short period of time. She also said she did as a joke as she was talking to her friends about what would happen if the responsibility of childcare was left in men’s hands.

Hsueh also stated that her son was enjoying himself and having fun, and that she only posted the picture to make people smile.