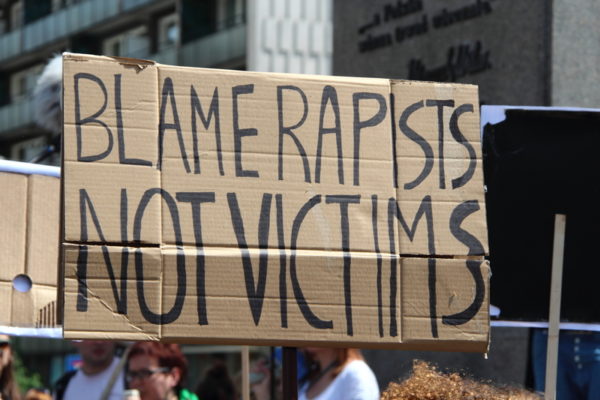 Women in Zimbabwe have today, in Bulawayo, called for tougher penalties for sexual harassment of women.

Their demands are coming after a highly publicized street attack and with police data showing that some offenders have got off with fines as low as 5 dollars in the past.

She said a campaign to crack down on offenders was launched this month after a video of a gang accosting a woman in a mini skirt and stripping her naked in the Country’s capital Harare was posted on social media and went viral. The activist said so far only two of the gang has been arrested and their cases have yet to become before the courts.

The gender rights activist, said with support of other groups such as Women of Zimbabwe Arise (Woza), they are pursuing the issue in the National Assembly with a motion seeking a review of all gender-based violence sentences by setting minimum mandatory sentences.

She also urged the assembly to recommit to a three-year gender based violence strategy agreed in 2012 that aimed to cut violence against women by 20 per cent by this year.

#SamsungGalaxyNote4NG | How to Start 2015 on a Good Note!