Married BN-ers do you agree?

It was published in November 2014, but we only became aware of it when a BN reader – keen to read your views – sent it to us. 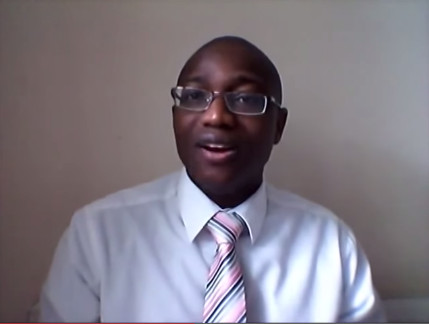 NB: This content may not be suitable for minors.

Here are excerpts of the video transcript, where he shared the revelations –

“The Lord told Pastor Oladejo that His children are confused, so they must be warned about these sins that are taking them to hell, so they will not perish.  He visually showed him these people’s sins on the “judgment screen” and audibly warned against married couples masturbating on their beds, looking at pornography, oral sex, trying different styles of sexual intercourse to “spice it up,” such as “doggie style” penetration from behind, and various positions, including the wife on top (e.g., so-called “rocking horse,” “cowboy,” or “cowgirl” positions), and hanging your wife (a type of domination and bondage position, involving tying her down, intended to simulate rape). He said the only position that is holy in God’s sight is the face-to-face position with the husband on top.”

On Missionary as the Only Holy Position

It is well known what the “missionary position” is and why it is called that, for the reason this pastor explained.  Missionaries of old who taught their converts about true holiness would teach them that in the marriage bed, face to face with the husband on top is the only position that God has sanctioned. That is a landmarker or boundary stone that was laid by people before this evil generation was born that you and I who live today are a part of.  That was a boundary stone.  We have moved that stone, so we could try new things to fulfill our lusts.”

He also quoted Bible scriptures to support his views.

Yay…Lady Gaga is Engaged! Check Out Her Heart Shaped #BNBling