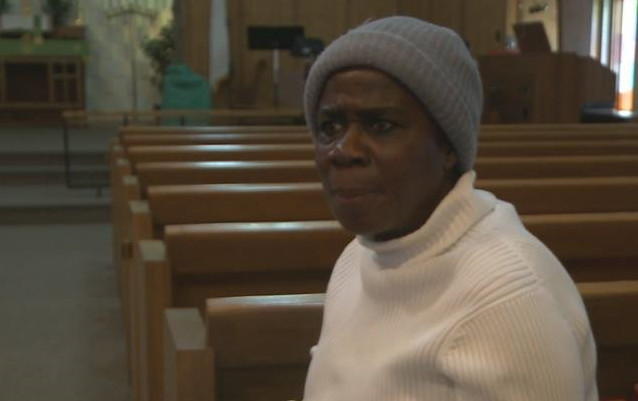 The wife of a Liberian pastor who is based in the U.S, has been fined for praying too loudly outdoors.

According to Valley News, the woman named Martha Nagbe has been fined $150 for “unecessary noise”  and appeared in court on two occasions regarding over the matter.

Despite the fines and court appearances, Martha, who lives in North Dakota with her husband, insists that she will never give up sharing her faith.

“I can’t stop…I’m trusting God…In the United States it’s one nation under God,” she said.

Police authorities have advised her stop praying loudly downtown and in area neighborhoods.

“I mean, we all need prayers and great she’s out there praying for all of us, but it’s just the volume of her voice,” said Police Chief Jeanette Persons.

Police further emphasized that the issue is not about race, religion, or freedom of speech.

Neighbours have repeatedly complained about the issue, and some say she has woken them up from their sleep on numerous occasions, as she would stand outside their houses shouting prayers.

However, Martha’s husband, Pastor Juwle, believes his wife is being harassed.

“For them to antagonize her, to make her look like a bad person, sometimes makes me angry. Somebody should give her the respect that she deserves,” he said.

Martha insists that she will keep on praying loudly.

BN Bargains: Buy 1 Pair of Wedge Shoes & Get 50% off the Second, Get up to 40% Discounts off Designer Sunglasses & More Deals!