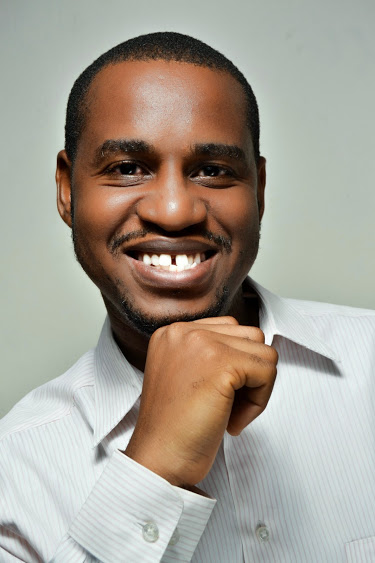 So the other day on the Fox show, Empire, one of the main characters experienced a bipolar episode, and on Twitter, a mental health advocate went into rant mode.
The character was Andre, and the Twitter rant was Bassey Ikpi’s (@basseyworld).

People reacted to Bassey’s tweets in varied ways. Most supported her for speaking up, but there were a few takedown attempts, including someone who wondered what right she had to question the show, not being a doctor herself. (As though her personal experience of bipolar,which she has bravely chosen to make public, is not more than enough reason.)

I say well done, Bassey, for speaking up!
Personally I’ve written before about TV shows not portraying mental illness properly, so I totally get it. I don’t follow Empire myself, but one major issue I could see from the mentions was how TV shows play up the negative aspects of mental illness for the drama.

That might look like it’s not a big deal, until you think about how many people watch these shows and how many people they mislead. I won’t go today into that issue again, although someday soon I’ll talk about how TV can do a better job of portraying mental illness. What I want to do today is address a key misconception about bipolar disorder.

Bipolar disorder is a mood disorder, but it’s not the same as mood swings.
Let me unpack that.

Bipolar disorder is just one type of mental disorder.
You probably know there’s more than one type of mental illness, but you might not realise how diverse the types are. It’s huge. (I’ve written about this before: “We talk about mental disorders like whites talk about Africa.”) Plus, apart from the fact that mental and behavioural disorders span a wide range, even for the same disorder, no two people with it are the same. (And that’s apart from the fact that even bipolar has more than one type.)
Bipolar has two sides (or “poles”).

To understand this more clearly, you need to understand depression a bit better. You can find a miniseries on depression on my blog, but the key point here is that depression is one-sided. That is, whenever someone with depressive disorder has an episode (what is commonly called a “breakdown”), it will be depression.

In bipolar, though, an episode can go either way. It can be a “down” episode (depressive), or an “up” episode (manic — often confused with maniac, but by no means related, except historically). Or it could be, for some people, a combo of both, a mixed episode. (Bipolar used to be known as manic-depressive disorder.)

FACT: The full name for bipolar is bipolar affective disorder — “bipolar” for “two poles” or “double extremes”; “affective” is an oldish word for “mood.” So another way to think of it is something like, “two-sided mood disorder.” (In an unfortunate coincidence, that abbreviates to BAD.) More often though, it’s commonly called bipolar disorder, or just bipolar.

Bipolar is not the same as mood swings.
This is a very common misconception, but it’s easy to understand why it happens.
The most striking thing about bipolar is the extreme mood changes. Most people hearing this for the first time try to relate by reaching for their own experience of mood swings. So they assume they either have bipolar (like celebrities sometimes say in interviews) or that bipolar must be some kind of extreme mood swing.
It’s not.

Here’s the difference (I actually hinted at it earlier): episodes in bipolar tend to be marked by a prevailing mood, either up or down. Even in a person experiencing a mixed episode, it’s not so much mood swings, as being in the up phase for maybe a few weeks, and then switching to the down phase for maybe another couple weeks or so. Or vice versa.

One more thing. In your typical mood swing, you can often carry on with life as usual. In bipolar, the ability to maintain normal function can be affected without medication or therapy to stabilise the moods.
Bipolar’s more than just mood swings, extreme or otherwise.

There’s way more I could say, of course, but this is a start. Going forward, let’s just all be open to learn, and especially from people like Bassey, who have much to teach us all, professional or otherwise.

Here’s a short, detailed and clear factsheet on bipolar disorder, from Rethink.

Your turn now. Have you heard about bipolar before? Did you personally fall without realising it into any of these ideas? Share in the comments!

If you’ve been diagnosed with bipolar before and would like to share your experience living with it to help others, email me: [email protected], with the subject: “My bipolar story.”

Isio Knows Better: Forgiving Even When Someone Sets Out To Hurt You