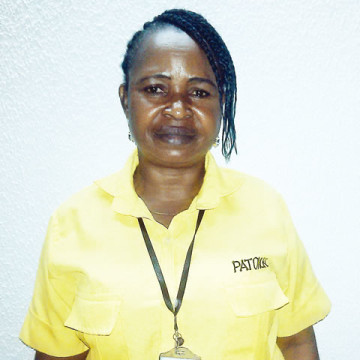 Last month, BN brought you the news about Josephine Ugwu, a cleaner at Murtala Muhammed Airport (MMIA) who found and returned a bag containing international currencies worth N12 million a passenger had lost.

According to Punch, Ugwu’s employer, Patovilki Cleaning Services, has rewarded her for her noble act by increasing her salary by N7,200. Prior to the incident, she earned N7,800. With the increment she now earns N15,000.

Despite the salary increment, her colleagues have complained that the government should also give her a reward.

“Some people have abused her and called her a fool for returning the bag. It now looks as if what she did was wrong. Most people will not be motivated to follow her lead when faced with similar situation. The government should have, at least, sent her a commendation letter for what she did,” said one of her co-workers.

However, Ugwu said although it would have been nice to get compensation from the government, she is fully content with the salary increment.

“My company on its part has tried and I am grateful for the management’s action. My salary has been increased and I have also been promoted,” she said.

She further stated “I believe that a good name is better than riches. This incident has taken my name far and wide and I am happy that it is for a good cause. God’s reward is the ultimate, but if the government will give me a proper job as promised, I will be happy.”

FG Reduces Electricity Tariff by Over 50%