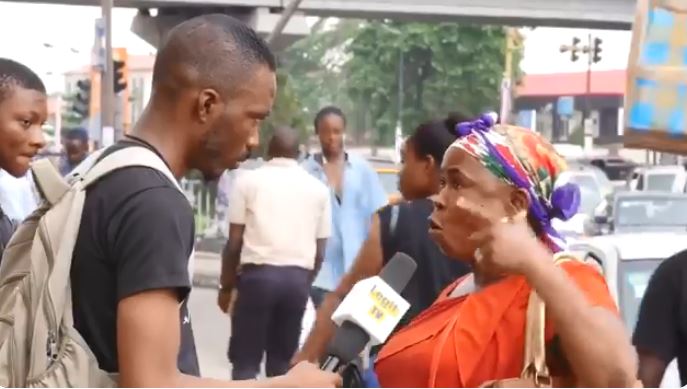 A video is trending online and it has started a debate. A cleaner at Murtala Mohammed International Airport, MMIA, Josephine Ugwu claimed she had returned different amounts of money running into millions. Sometimes, 12, sometimes 8 million Naira, she said in the video.

Ugwu, who is a cleaner at the Muritala Muhammed Airport, said despite returning such huge amounts to authorities, she was never recognised. Her position is that if Nigeria were another country she would have been an ambassador of honesty to the youths.

“In other countries, I would’ve been an ambassador talking to the youths about the importance of honesty. But today, nobody remembers me,” Ugwu, who was visibly distraught, said in the video.

This is simply her claim. But she is optimistic that one day, her honesty will be recognised.

Since the video broke out online, people have divided opinions about the issue.

Some say she has done well by returning the money. They even offered to send her some money as encouragement to continue her good deeds.

She’s truly sound. She’s not asking for award or recognition. She truly is a perfect candidate for TEDTalk on Honesty and Integrity.

However, others said the woman is just being entitled because of her deed. She should never expect a reward for doing good.

Why should we do good because we want people to recognize us and Pat us on the back,is it still "good"? We should do the right thing and never expect thanks,if it comes fine,but if it doesn't come, you keep doing good.

BNers, what do you think?

Yay! EbonyLife TV’s “Chief Daddy” is going to be on Netflix Soon