Esco: Love You Baby, But You Need a Stylist 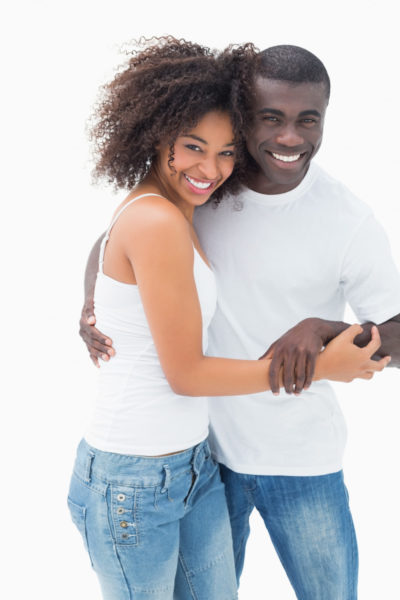 My Missus Nwanyioga rocks a wig during the day. She looks uber cute with it on. The wig comes off when she gets home. She has a shaggy mop of hair underneath, which I always tease her about. She looks like a mad scientist who has been electrocuted during an Integrated Science project with NEPA tension cable (I am probably in hot Onugbu soup after she reads this – the things I do for poetic merit). Hello bae.

I hate that wig, and have appealed to her to get rid of it many times, and “plant” a weave on instead. She has dismissed my many appeals, like an election tribunal.

I once thought about burning the wig – douse it with kerosene from a Capital Oil filling station, but it may refuse to catch fire like the Federal Secretariat. I also thought about slipping it into her friend’s handbag so that the friend could unknowingly cart it away on her trip; but said friend would probably discover it at the airport and drop it back off at our door. Imagine my horror when I find the wig in a parcel on our front door the next morning – standing there, smiling at me like a bill from the Lagos State Property Tax people.

So I hid the damn wig under our bed like Achan hid the gold booty from Jericho, but my daughter Otaakara saw it when looking for her Barbie, and fished it out . She handed it over to her grateful mum, who never lets it out of her sight these days. That wig must have 9 lives or something. Besides, like a Sahara Reporter, my baby daughter Otaakara has a knack of finding things, she is not supposed to see. I am really thinking of investing in a childproof safe to keep Otaakara out of my business, but I am sure she will discover the combination numbers somehow, by watching Sesame Street or something. Maybe I should invest in a bulletproof door, the type used in banks, for my bedroom door – then wear the key around my neck every time.
That’s it – I am enrolling Otaakara in the bloody military once she is old enough.

The truth is – the wig itself is not the culprit. It looks divine on Nwanyioga; it is the lack of, that is the problem. As I keep telling Nwanyioga, I think it is unfair that you rock the wig during the day, wowing your work colleagues as well as the outside world with your beauty; but me, your hubby, your Di, your prince, the one who should enjoy your elegance gets to suffer once you take it off.

To her credit, she has explained that the wig is easier to maintain, especially as she works out 5 times a week. I have now dropped the wig matter, as my wife has more or less told me, that it is here to stay like a relative whose visit has turned into permanent domicile. Happy wife, happy life. Happy in-laws too, and if you are Igbo like me, you would realize how crucial that is to your peace of mind.

I am quite liberal-democratic when it comes to my wife’s fashion or style choices. I encourage her to wear what she wants, and never attempt to place any type of restriction on her. Obviously, I would protest if she decided to wear a very short miniskirt – the type which shows some of your bush, known in local parlance as “cross-no-gutter.”
Other than the wig, I couldn’t care less if she went natural, did Brazilian/Columbian weave or did braids. I probably would not like Gorimakpa or that short hair look from the Pacesetter book series. Oh, and I probably will have to restrain her if she tried to wear an Indian sari out, as I believe it looks ridiculous on certain Nigerians.

I do not dictate what she should wear, like Kanye. Last week, I paid for a racy jumpsuit she liked and she intends to rock it to some house-party we are going to at a friend’s next week. I like when she shows some leg – she has great pins. My neighbor Onwubiko is the opposite – he was warned his spouse not to wear skinny jeans or those tights with abstract colors that show the outline of the female nyash.

I like to show off Nwanyioga in public, like a short man with a tall wife. Some friends think it is bad business, as it will deter potential side chicks; but I find that a man who treats his wife like a golden eagle is even more desirable to pigeons and doves that want to perch… not that I am looking for that kind of reaction. I do not like bird shit on my windshield. A rolling stone gathers no moss, and I roll and roll like a pangolo. The cause of woman trouble, can be new girls.

Sometimes Nwanyioga asks for my solicited opinion, especially when she is playing dress-up. The wisdom of many moons of marital co-existence, plus the lure of peace especially during my football matches, has taught me to choose my words very carefully.

Nwanyioga: Esco boo, compare me to Tiwa Savage; who is fatter?
Esco: Err, Tiwa is preggers now. So it is hard to tell.
Nwanyioga: Huh? So as I am right now, you are saying that I am bigger than even a pregnant Tiwa?
Esco: ???
Foot in the mouth disease: it is that infectious ailment that men contract when females ask them questions that have no right answer. A bit like, when someone asks how was your night?

I once drove her to the stores for a bit of shopping, and she wouldn’t let me sit it out in the car. I walked over 5 miles through racks of clothing at H&M, as she asked my opinion about every single outfit in her size. Left to her devises, she would only choose the slimming colors of blue, indigo, black and dark blue. As I do not want people to mistaken her for a widower, I tried to coerce her into choosing palettes of the rainbow like red, yellow and pink, and stuff with vertical stripes.

My wife lives in jeans, small tees and flats. For work, she prefers neutral colored pants and a fitted button-up. I like when females dress really girly, like in short summer dresses – or those fancy tank tops with cut-off shorts or something. There is something really hot about a chick in skirts or dresses. So as wifey was picking up the umpteenth pair of work pants, I opined “Sweets, have you ever considered getting skirts for work instead. You know like those really smart long ones I have seen certain co-workers wear these days. I think they are named after utensils or stationery”

Wifey thought for a moment before laughing it off “Oh you mean – pencil skirts. For comfort at work, I prefer pants”
“So did Fela” I muttered under my breath.
She looked at me suddenly “Huh, what did you say”
“Oh nothing. Just that you look like Cinderella”

I waited outside the dressing room area as she tried each and every outfit, and came out for me to tell her what I think, just like an aristo Chief in a Nollywood film, except that there was no store assistant with a long stick to bring down clothes.

My wife also cannot stand some of my wardrobe choices. I have this denim shirt that I find every excuse to wear, and anytime I pull it out, she teases by shouting “One Nation!
I have another shirt, that she absolutely hates because she feels it is too small for me. She would tease “1995 has called to say it wants it shirt back”

Girls have the benefit of stomach girdles; men have to suck belle, make shirt fine – to make it fit.
There’s this brocade I have which has been starched to within an inch of its life, so stiff that it makes me walk like the Tin Man from Wizard of Oz when I rock it. My missus once announced, as I tried it on for a church event “Love, you are not going anywhere with Otaakara and I, looking like that.”

She likes me in shorts, smart button ups, or in a dark fitted suit.
There can be a benefit when you get involved in your beloved’s style/fashion choices. Nwanyioga has done her bit for charity by putting clothes that I would have otherwise clung to, even though they had seen better days, in a box marked “One Nation.” It is usually light-hearted mick-taking or banter.

I had this associate who used to complain that his girl dressed like a “mama”. It is usually that complaint rather than the other way round. My girl dresses too sexy – said no man ever.

I know this dude who chided his wife when I went to pick them up for an event. Holding up a copy of ThisDay Style, he chided her “Why can’t you dress like Eku? I am tired of this your Alatika fashion sense”
I felt for his wife – to be fair there was no way she could realistically dress like Eku. She was about 300 odd pounds. Some of us men can be jerks.

What do you feel about the style or clothing choices of your significant other? Have you ever tried to help them with a wardrobe revamp, or help influence their dress, hair or make-up? Or did you yourself need brushing up by a love interest? As you share, let us watch and support our new government who will assume power this coming weekend, and hope that they would not be wolves in sheep’s clothing. Nigeria will prevail.

You were the Reebok vandal, now you wear Chanel sandals/
I made you – why would I play you/
R-Kelly feat Notorious Big (You To Be Happy, 1995)