"I'll Be Missing You!" Esco Writes a Heartfelt Piece in Memory of the Passing Away of His Dad 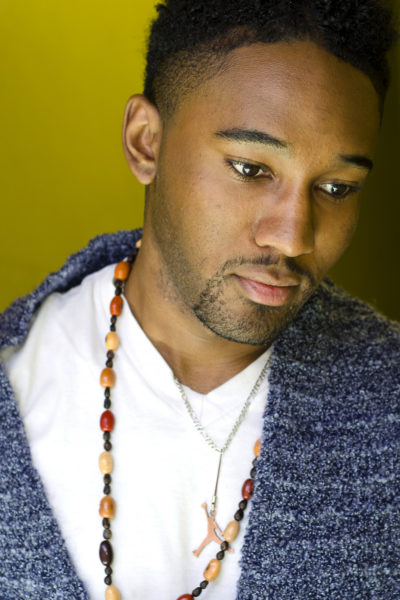 It is all coming back to me now.

2009 was my annus horribilis – a year of true discontent.

I remember jumping out of the shower one bitter August morning because my cell phone had been ringing itself hoarse. Only to pick the Motorola set and be told that my dad had just passed away in the hospital.

The terrible news cut like a blunt suya knife. I had been getting ready to go relieve my sister, as we took turns to stay with him while he convalesced.

So moments later, there I was rocking his lifeless corpse crying as I appealed in despair “Please wake up, Dad. Don’t die on me. This is not in the plan….Chai!”

Kpomkwem, my baby sister, branched in a corner sobbing violently – her heart broken. She had been daddy’s dearest – the udara of his eye. My mother’s hair and wrapper were a shambles, matted together by tears and mucus running from her eyes and nostrils. Half an hour before, my mum and Kpomkwem had briefly stepped out of the room to prepare his favourite breakfast. He suddenly flat-lined and like that he was gone….Like an aladura candle in the wind.

Otaakara would never meet her grand-dad.

As I held on to him, I could have been that child in the tragic boxing movie “The Champ” whose dad gave up the ghost in the boxing ring during a violent grudge match. The boy would shake his father’s limp body sobbing “Wake up champ…Don’t sleep, we have got to go home…” as he tore himself away from lookers’ attempts to lead him away. See video clip at here

At least he had final moments with his papa. Just like Mufasa and Simba. Here, I held my pop’s listless frame up, and I tried to will him alive, but his dead-eyed stares just went through me. I wondered what it was that he was seeing. Could it be arch-angels ascending and descending up and down cloudy stairways into a glorious abyss as God called him? Or could he be watching his life story flashing before his eyes in Heaven’s movie? Could he perhaps foresee the obstacles that awaited me and those he had left behind? Or a glorious future that awaited Nigeria as it finally broke itself free from the shackles of oil dependence and inglorious corruption?

The nurses and medical staff ushered me out of the room, as they started to prepare papa for a body bag. There would be no Lazarus ending. My mind was still in a daze when the doctor placed the death certificate in my hands. It stated all manners of Latin medical terminologies including the cause of death. However what I interpreted was thus: Age 67. And that was his real, not footballing or civil service age. Survived the Nigerian civil war. Received 20 pounds. Lost millions of his life savings in a 90s failed bank Ponzi scheme. Killed off by cancer and stroke

It was a difficult time for the Esco family. The widow and offspring of a dead father are society’s Cinderellas. Nobody sees their struggles – they only see their troubles.

So as I started my journey into middle life, my lot was to be a makeshift consort to my father’s widow, replacement father to my siblings and be a Siamese twin to my own self. And the void could not be merely remedied by trying to cover bills and the living expenses that would surely come.  A fixed income does not repair a broken home.

“When he shall die,
Take him and cut him out in little stars,
And he will make the face of heaven so fine
That all the world will be in love with night
And pay no worship to the garish sun.”
― William Shakespeare, Romeo and Juliet (Shakespeare )

This short piece is dedicated to anyone that has ever lost a dear one to the scourge of disease, early death, an accident or a negligent omission. I hope you find closure and comfort in knowing that they are in God’s peace at last.

What a way to draw the curtains! Kobe Bryant scores 60 points in his final NBA Game | Photos