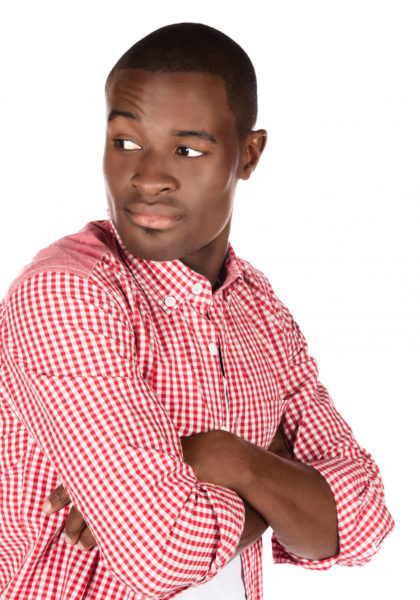 After reading my previous article on BellaNaija, a friend asked for my opinion on certain church doctrines and the adherence by members. More specifically, she asked about the Catholic Church’s stance on contraception. Here’s how she put it: ‘My parents are catholic and the Catholic Church frowns at contraception. But my parents have only three children, so I know that they did not adhere to this doctrine.’ At that point in time, I did not know what to make of it – ‘Hypocrisy’ was the only word that came to mind. It wasn’t until two weeks ago that I finally got my answer and it came from an unflushed toilet.

I was at the doctor’s lounge of one of the leading hospitals in Lagos (or so it seems) and I decided to make use of one of the restrooms. Now this is the restroom for doctors – the principal champions of health and hygiene – so you can understand that I let my guard down when entering the restroom. What greeted me however, when I opened the door of one of the restrooms, was too graphic to describe – a fetid odor of feces mixed with decomposing urine of varying concentrations slammed my nostrils just in time for my eyes to behold the toilet bowl, which was almost filled with brown mass. Gosh! I screamed and slammed the door shut. I opened the door of the second restroom. This one was slightly better – It was filled with golden-brown concentrated urine; the odor was manageable. Holding my breath, I quickly emptied the contents of my bladder into the toilet bowl, contributing my little bit into the commonwealth of decomposing urine. So assaulted was I by the ordeal that I immediately ran outside for some fresh air.

Now here’s the catch, a colleague came inside the lounge five minutes later and after exchanging greetings, he proceeded to use the restroom.  A part of me wanted to discourage him from using the toilet but then, I felt he should be allowed to make his own decision. So I watched him go in and instead of running out, he spend a considerable amount of time in there and later came out as though nothing was wrong. We carried on with our conversation as though nothing happened – even though we both within ourselves knew that more than one person had contributed to the contents of the toilet bowl. About thirty minutes later, another friend repeated the same process. No mention was made of the deplorable state of the toilet. Just the usual Let me use the restroom and the coming out as though nothing happened in there. It was amusing to watch.

Later that night, a thought hit me. The quest to look good and appear perfect has caused the church to become a gathering of hypocritical zombies. Like my friends in the lounge, many Christians engage in acts that defy the tenets of the church denominations to which they belong – mind you, these tenets are specific to each denomination and do not necessarily reflect the what the Bible says. And because of the need to appear normal, we carry on as though nothing happened. The truth however, is that everybody knows what happened, they only have subscribed to an ‘invisible’ oath of silence – the kind of judgmental silence that says Oh, so even the most holy Jane could do that or Even Steven couldn’t resist that sexual advance. And what makes it more difficult for anyone to bell the cat is the fact that pointing out these defects automatically fingers you out as a culprit of the same offense – and like I mentioned earlier, Christians love to appear perfect.

So there you have it, the answer to my friend’s question of why Catholic parents have ‘controlled numbers of children’ and no one asks questions, even when their doctrines require questions to be asked – because a lot of people are doing it!

But then, it’s not only restricted to the Catholics alone. You will find this kind of behavior in any place where there is a culture of zero tolerance for errors, where people love the collective feeling of appearing perfect. And it’s the reason why Churches don’t address the issue of sexual education among teenagers even though there are rising cases of teenage pregnancy both in the church and outside it – they do not want them exposed at an early age.

Our society also experiences the unflushed toilet effect when we go to meet our rich senator uncle who doles out hundreds of thousands of Naira per visit. We gladly accept the money and sing his praises but deliberately refuse to ask questions of how exactly he makes that money – because asking that question makes us realize that he is probably living beyond his means and we’re unwilling to confront the fact that we are the beneficiaries of a corrupt system.

As I round off, let me also state that you’ll also find this kind of behavior in communities and institutions that have insensible and unreasonable laws. Traditions that are difficult for all but those devoted to the tradition to implement. And trust me, you only need to spend five minutes joggling your memory before you find abundant examples of such institutions around. The amusing thing is that such laws almost always fail and sometimes their failures make it into news headlines. So why do such laws and traditions still thrive after twenty centuries of man’s sojourn on earth? It’s simple. Because like those colleagues of mine, those who are in position to challenge the ‘law’ breakers are themselves breaking the ‘law’.

Notice how I have implicated my colleagues and subtly excluded myself from the story.  It’s just human nature.