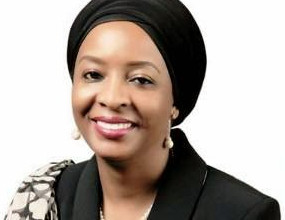 The Nation reports that a statement released by Special Adviser on Media and Publicity, Reuben Abati, revealed that she has been relieved of her appointment with immediate effect.

“President Jonathan thanks the out-going Executive Secretary/Chief Executive for her services and wishes her well in her future endeavours,” the statement reads in part.

He’s Got the Moves! Watch T.B. Joshua Dancing in the Streets of Mexico City – VIDEO