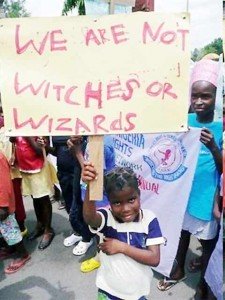 A 60-year-old man in plateau state allegedly burned an 8-year-old girl to death after accusing her of witchcraft.

The man, identified as Yakubu Vong, is currently in police custody in Jos, Vanguard reports.
According to the report:

It was learned that the girl’s refusal infuriated him and prompted him to bathe her with fuel and set her ablaze, claiming she was a witch.

However, one James Bamu, who is an uncle to the deceased girl, said the girl was innocent, wondering if the suspect had any proof that the girl was a witch.

He described the act as barbaric and demanded that the law deal decisively with the suspect to serve as deterrence to others practising such an evil act.

The girl, who was rushed to the hospital after the incident, died as the result of the burns she suffered.

He added that the suspect was already in police custody and that investigations were on.

#PitchIn60Secs & Stand a Chance to Win N3 Million To Boost Your Business!