What Would You Do if a Car Wash Attendant Crashed Your Jeep into a Wall?

This is the question one man in Abuja had to ask himself when this happened to him.

According to online reports, the owner of the jeep parked it at a car wash to be cleaned.

Shortly after he left, the men who worked at the car wash reportedly heard that some FCT environmental taskforce personnel were heading to their location. One of the men is said to have panicked and jumped into the vehicle in an attempt to escape the premises.

Apparently, the man didn’t have much experience driving and shortly after going a short distance, he lost control of the car and subsequently crashed into a wall. 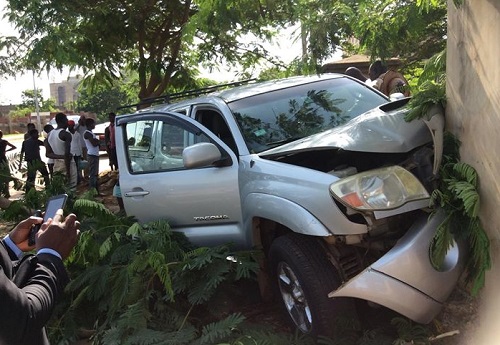 What would you do if you were the owner of the car?