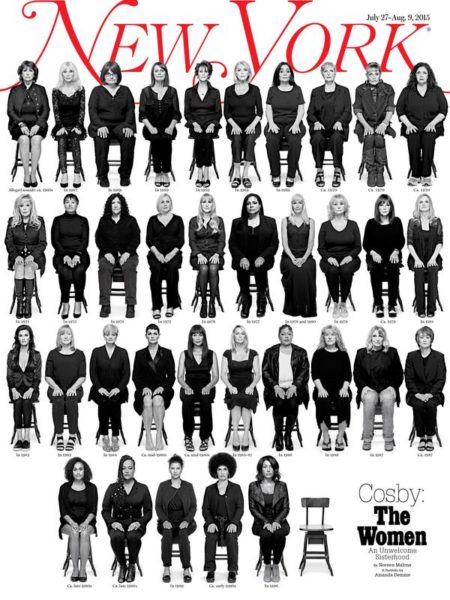 On Sunday night, New York Magazine released a unique cover story that will certainly get people talking as they collected the personal accounts of 35 of Bill Cosby‘s accusers.

A few months ago the media started paying attention to the emerging rape allegations – all of which had a consistent similarity of an aspiring actress/model trying to get ahead in the industry.

For a cover story this week, New York interviewed and photographed 35 of Cosby’s alleged victims in black and white. 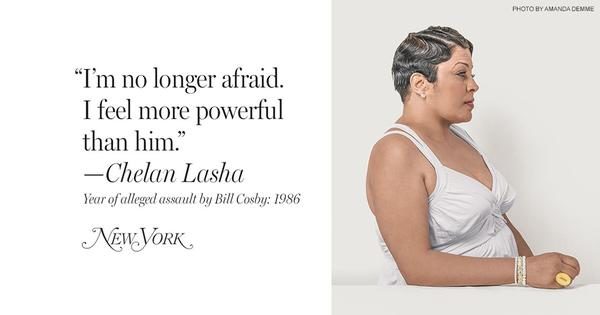 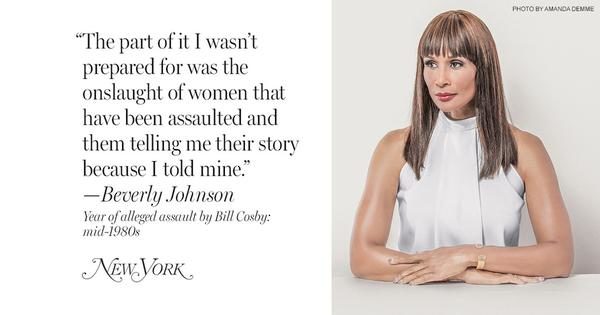 “The group of women Cosby allegedly assaulted functions almost as a longitudinal study – both for how an individual woman, on her own, deals with such trauma over the decades and for how the culture at large has grappled with rape over the same time period. In the ’60s, when the first alleged assault by Cosby occurred, rape was considered to be something violent committed by a stranger … But among younger women, and particularly online, there is a strong sense now that speaking up is the only thing to do, that a woman claiming her own victimhood is more powerful than any other weapon in the fight against rape.”

On Instagram, while sharing a photo of the new cover, New York Magazine explains

‘So far, 46 women have come forward to accuse Bill Cosby of sexual assault, in some cases, according to a recently unsealed deposition, with the aid of quaaludes—a powerful sedative that can render a person functionally immobile. But these allegations are by no means new, with some stretching back decades—to a time when the culture of rape in America left victims little recourse but to suffer silently, and in shame. Today, the way we think and talk about rape has evolved, creating a safer space for survivors to feel empowered by speaking up and reclaiming their victimhood. And that’s led us here. Of the 46 women who have come forward to accuse Cosby, we spoke to 35 of them — “a sorrowful sisterhood” of women united by their dark experiences, steadfast in their resolve to remain silent no more.’

The cover is coming three weeks after Bill Cosby admitted in a 2005 court deposition made public that he intended to give Quaaludes to young women with whom he wanted to have sex.

You can read up the full feature as well as each woman’s account here.

Pres. Buhari: “God Made me But America Made Me”