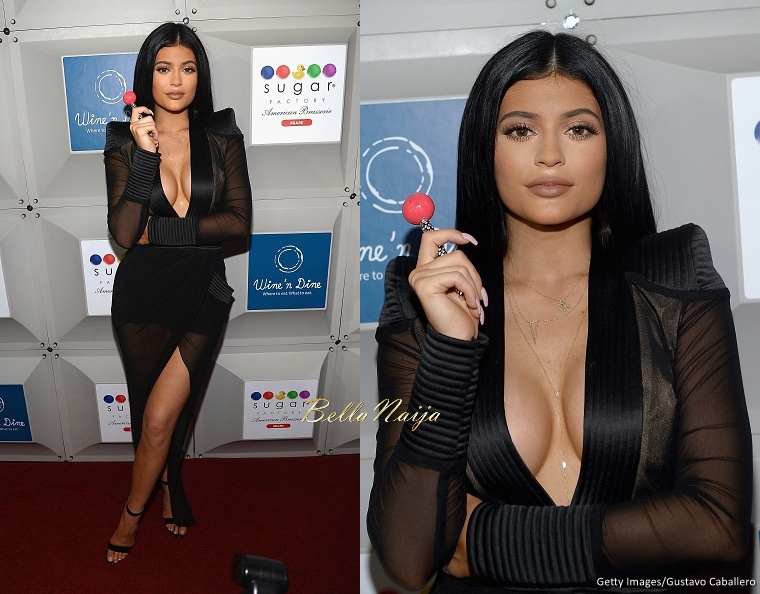 It looks like soon-to-be 18 year old, Kylie Jenner is set to walk in the footsteps of her family members – Kim, Khloé, Kendall, Kourtney, Kylie and even mom, Kris in her very first nude photoshoot.

According to RadarOnline.com‘s “well-connected family insider”, magazine’s are fighting to have the reality TV star’s nude photos and are willing to pay big bucks for it. Think of this as her official release into the world as a grown woman.

The source says “Kylie is getting bombarded with requests for her first nude shoot after she turns 18.” “She is going to bare her breasts and is excited at allowing the world to see them because they really are so perfect.” “She loves her boobs and cannot wait to show off her smoking body without any clothes on.“

We can’t argue with that last statement, as Kylie is known for showing off her curves on Instagram, fueling romors that she had butt, hip and breast enhancement surgeries. The source says Kylie is still settling on which photographer to use for the shoot, “but whoever gets those first shots is going to be incredibly respected and whichever magazine gets them will be paying a lot.“

‘Olitz’ is Back? Watch Kerry Washington & Tony Goldwyn in the Promo Clip for Scandal Season 5