Pres. Buhari's Appointments of SGF, Chief of Staff & Others Have Got People Talking

President Muhammadu Buhari‘s recent appointments have got people talking. While some have lauded his choices, others have criticized.

Femi Adesina, Special Adviser to the President on Media and Publicity released the following statement on Thursday confirming the appointments, Premium Times reports:

Babachir David Lawal – Secretary to the Government of the Federation

Abba Kyari – Chief of Staff to the President

Hon. Suleiman A. Kawu – SSA to the President on National Assembly Matters (House of Representatives)

The appointments are with effect from today, August 27, 2015.

Lawal, the new Secretary to the Government of the Federation hails from Hong Local Government Area, Adamawa State. He graduated from the Ahmadu Bello University, Zaria in 1979 with a Bachelor of Engineering Degree and worked with the Delta Steel Company, Aladja, Nigerian External Telecommunications Limited and Data Sciences Limited before establishing his own ICT and Telecommunications consulting firm in 1990. He is also a member of the Nigeria Computer Society, the Nigeria Society of Engineers and the Council for the Regulation of Engineering in Nigeria.

Abba Kyari, the new Chief of Staff to the President holds Bachelors and Masters Degrees from the University of Cambridge and the University of Warwick in Law and Sociology. He has worked with the New Nigeria Development Company, New Africa Holdings, African International Bank, United Bank for Africa, Unilever, and Mobil in various capacities over the years.

The new Comptroller-General of Customs, Col. Ali, holds Bachelors and Masters Degrees in Criminology. He was military administrator of Kaduna State from 1996 to 1998.

The new Comptroller- General of Immigration, Mr. Abeshi hails from Nasarawa State. He joined the Nigerian Immigration Service in 1989 as an Assistant Comptroller. His educational qualifications include a Masters Degree in Public Administration.

Many Nigerians subsequently took to Twitter to express divergent views on the appointments: 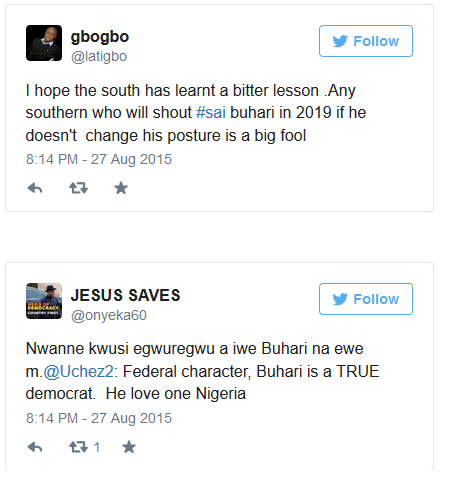 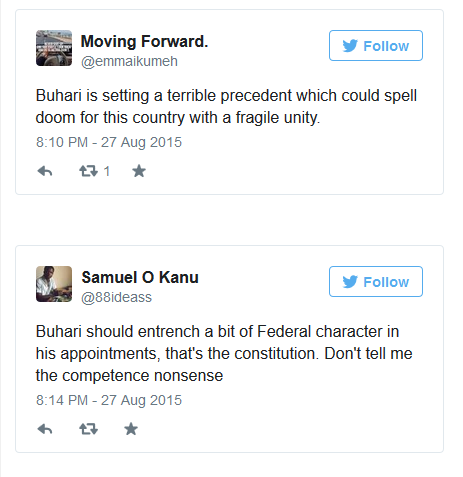 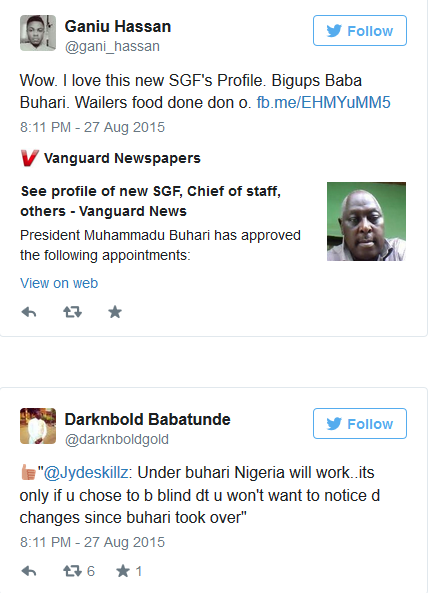 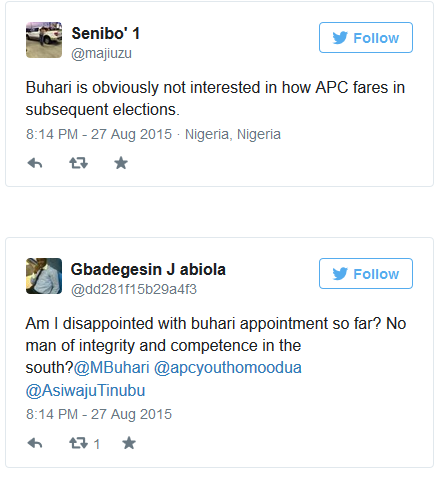 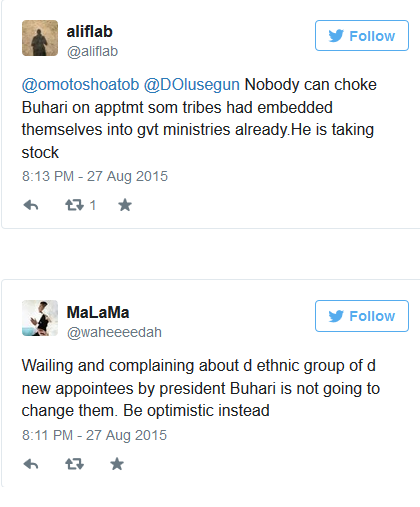 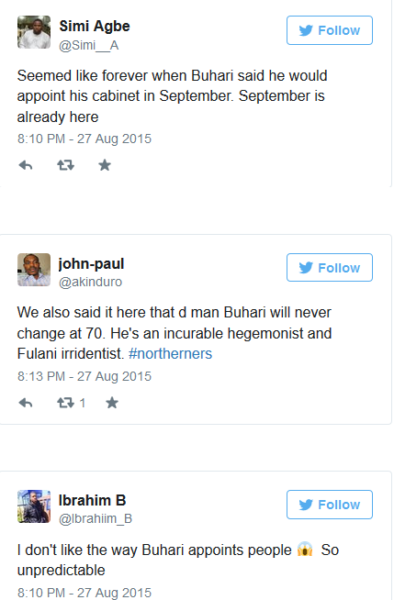 What do you think of the appointments?

A Peek Into the Life Of… Chinedu Anarado – Communications Lead