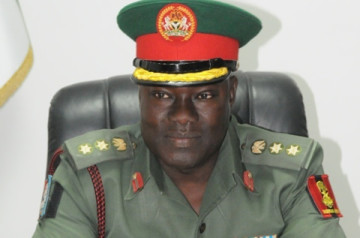 Acting Director, Defence Information, Military Headquarters – Abuja, Rabe Abubakar, on Thursday stated that the military can’t rush into the rescue of the Chibok girls, as it requires adequate planning.

Abubakar stated this during a press conference, Punch reports.

The issue of the low morale of the Nigerian military men has now become a thing of the past. The operation to recover the Chibok girls is alive and still ongoing. We have continued to make rescue efforts, and we will do all within our powers to bring the girls.

“However, we will not rush to do this. It requires diligent intervention and a high-level operation to rescue the girls. In due time, every captive of Boko Haram will be released. A lot of achievements have been recorded recently, and this cannot be disconnected from the high morale of the army.

“We want to assure our citizens that soon, insurgency will be a thing of the past. But, it is not only about the military or the North-Eastern region. It is our collective duty to ensure that there is peace in the country.

“The Nigerian army has put together a multilateral cooperation. Niger, Nigeria, Chad and Cameroon are partnering to ensure we win the terrorism war.”

“The Defence Headquarters has brought out a committee to work out modalities to set up a safe horizon. This is a place where terrorists who decide to surrender will go. Once they are there, they will be spared of any molestation and given treatments conforming to international best practices.

A terror group can only survive on information. Information has been identified as one of the key elements relied on by terrorist groups to perpetrate their heinous crimes. It is for this reason that we seek collaboration with the media. We are not sleeping. We are cooperating with the relevant agencies in the fight against the terrorists.”