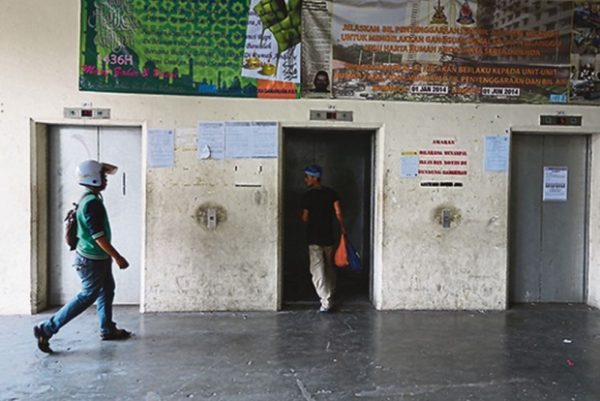 A Nigerian student in Malaysia died on Wednesday after being beaten to death by an angry mob for allegedly trying to rape a woman in an elevator.

The incident took place at Flora Damansara apartments, and it was the residents who beat up the deceased, MalayMailOnline reports.

One of the police investigators handling the case gave the following account:

“We received a call from the security manager of the apartment who informed us of the incident.

When police arrived at 8.20pm, the suspect was surrounded by 20 to 30 people and his hands were tied.

The policemen were told the suspect had attempted to rape a woman inside a lift.

The victim put up a fight and screamed for help as the lift door opened and several men who were in the area caught the suspect.

The suspect was then taken to the police station at 8.45pm.

He was fine and he even walked into the station accompanied by policemen.

The victim, accompanied by a man, also went to the police station and filed a report.

The victim identified the suspect as the man who attacked her.

While waiting to be put in a holding cell, the suspect was handcuffed and lying on the floor.

However, we found him unconscious when one of the officers checked on him. A medical officer examined the suspect and pronounced him dead.

The suspect had injuries on the right side of his head, and had scratch marks on his legs and hands.