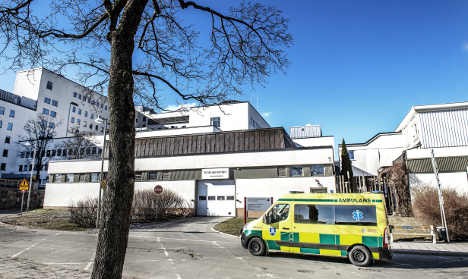 Södersjukhuset, southern Stockholm’s main hospital where the clinic will be

A hospital in Stockholm, Sweden has made history as the first hospital in the world to open a rape center exclusively for male rape victims.

According to The Local SE, the hospital, Södersjukhuset, already runs a round-the-clock walk-in clinic for women and girls who have been sexually assaulted in the city.

“We are happy that we now can finally open the first rape clinic for men following the rape clinic for women,” Rasmus Jonlund, a press spokesperson for the Liberal Party, which led the campaign for the department in the Swedish capital, told The Local just ahead of the launch.
It is the first in Sweden (…) We think it is the first in the world. We haven’t found another from our research on the world wide web,” he said.

Speaking on the development, Marie Ljungberg Schött, a local Moderate Party party politician and council representative on emergency care said:
“Emergency medical care for raped men will be free of charge, and offered around the clock, all year. So far there has been no specific place for men who are victims of rape to turn to. Therefore we in the Alliance have decided to change this.”
Photo Credit: Tomas Oneberg/TT
Related Topics:SödersjukhusetSwedenWorld's first Male Rape Center
Up Next