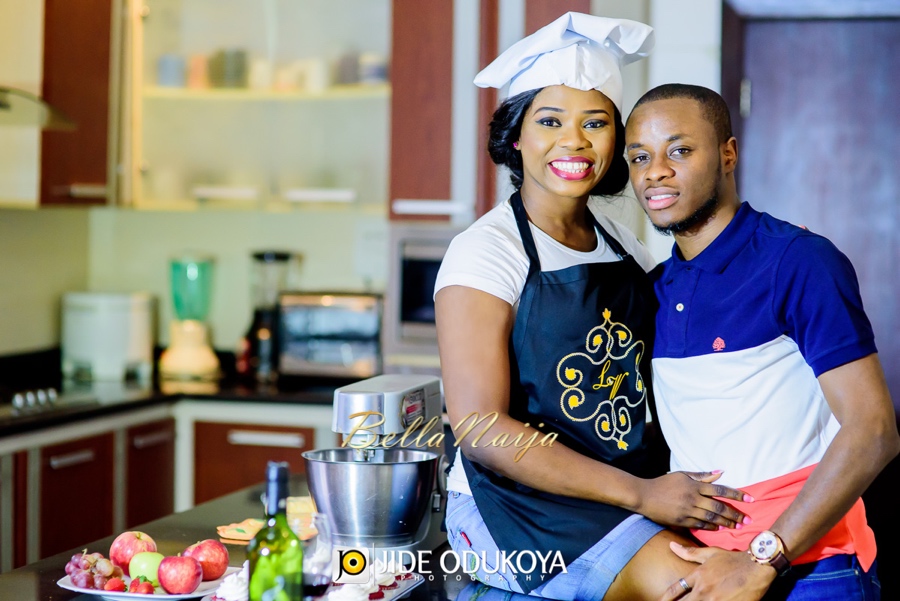 Lawunmi and Wale met in UNILAG and found love ‘under Senate’ (one of the University of Lagos buildings).

Their story is so beautiful, Wale tricked the bride into making her own proposal cake. The twists and turns of the whole day will keep you smiling.

Here’s their love story and pre-wedding photos! Their upcoming wedding will be planned by Bisola Borha of Trendy Bee Events. 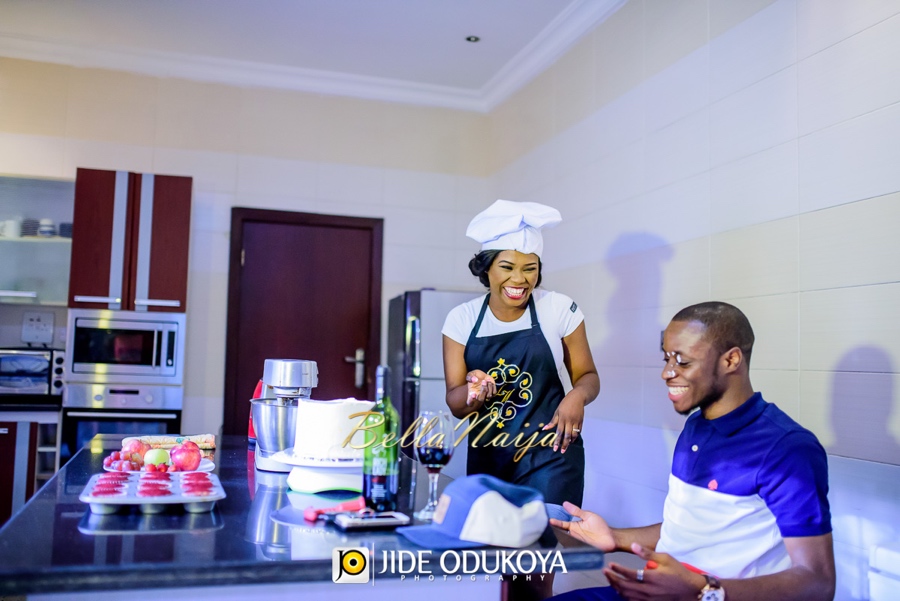 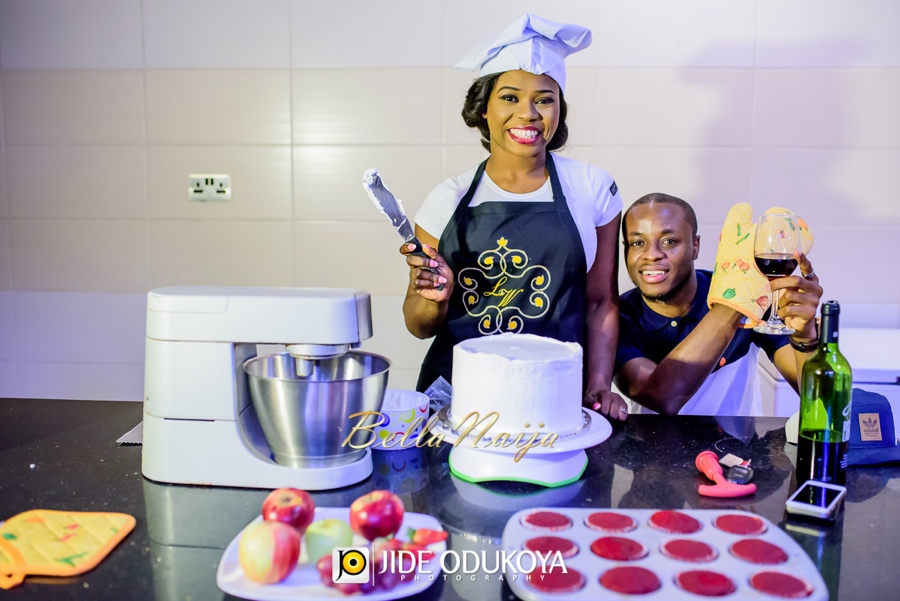 The Proposal- I baked my own!!!
from Lawunmi, the bride
On Sunday Dec 7th 2014, I got a call from a ‘new’ cake customer requesting for a cake, not just any cake but a cake which he was going to use to propose to his girlfriend. The gentleman with his shaky, panicked voice explained that he had no idea what sort of cake to order but he wanted something special for his big day. He asked that I make a cake I would also love as a lady. Being a sucker for fairytales, I said to myself afterwards; ‘what a romantic guy, Wale better come up with something this nice when the time is right’. 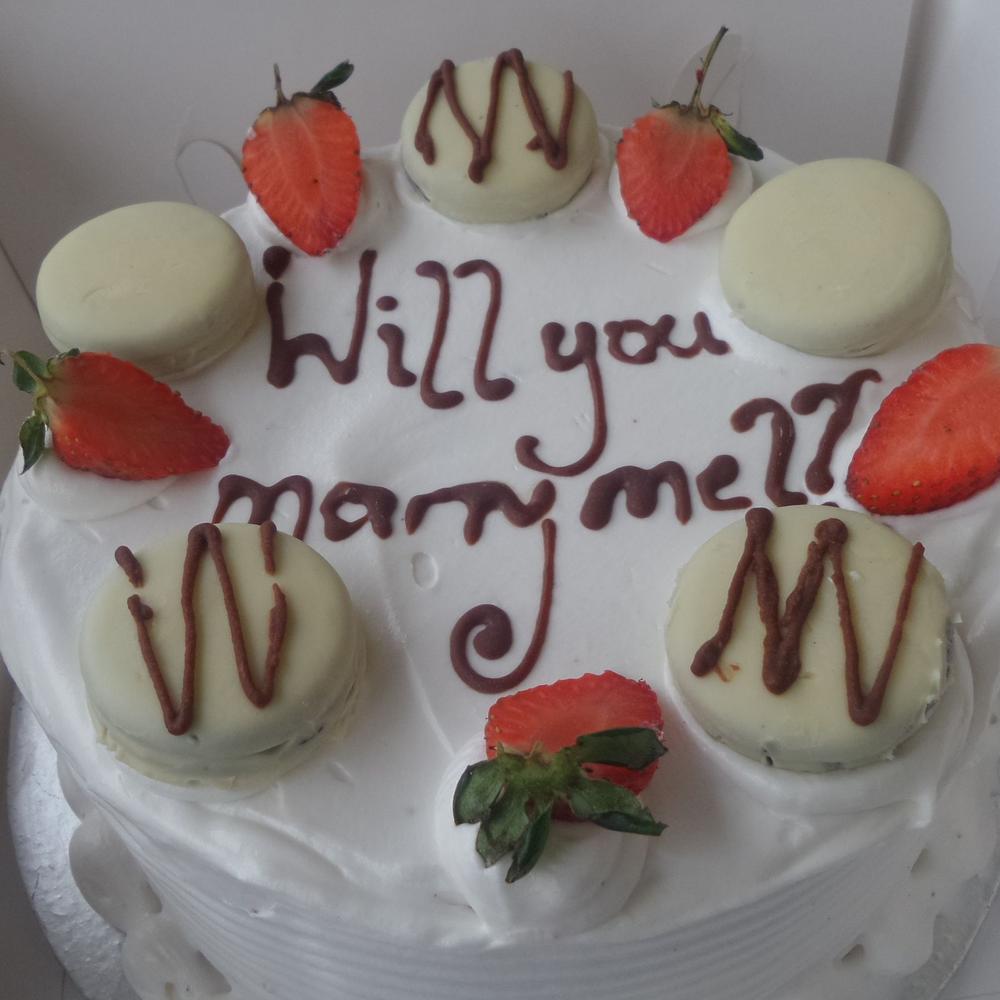 I told Wale about my conversation with this romantic guy, just to remind him how much I love fairytales.
Unusually Wale had been insisting on celebrating his birthday by having a dinner party with family and close friends. I discouraged him several times asking why. He insisted I supported his decision.

Following our tradition, on the morning of Wale’s birthday, the 14th of December, I arrived at his house with a cake. 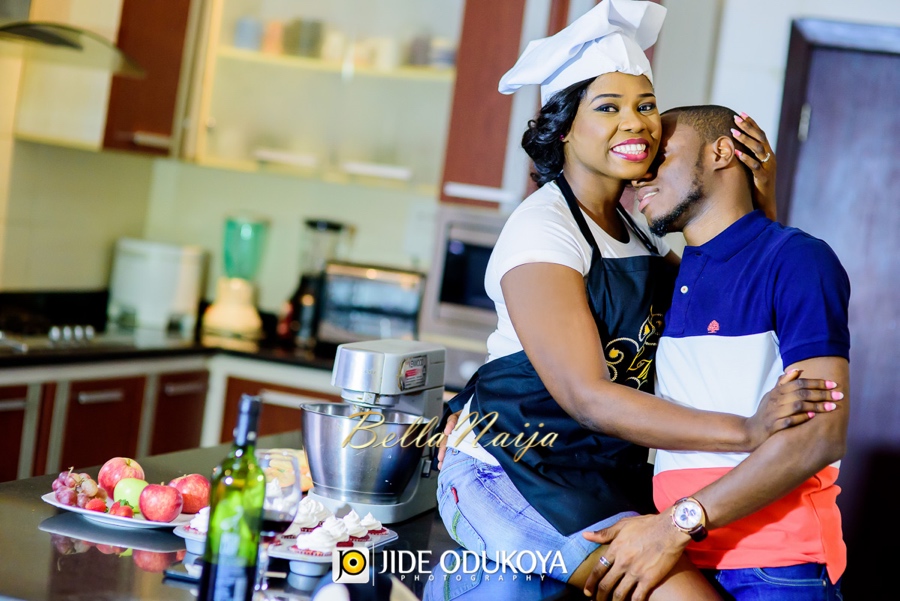 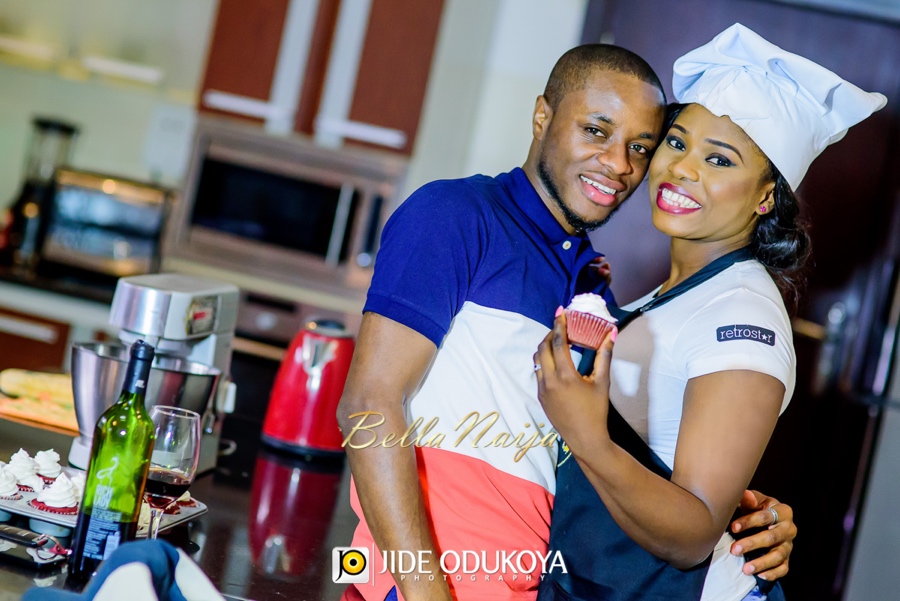 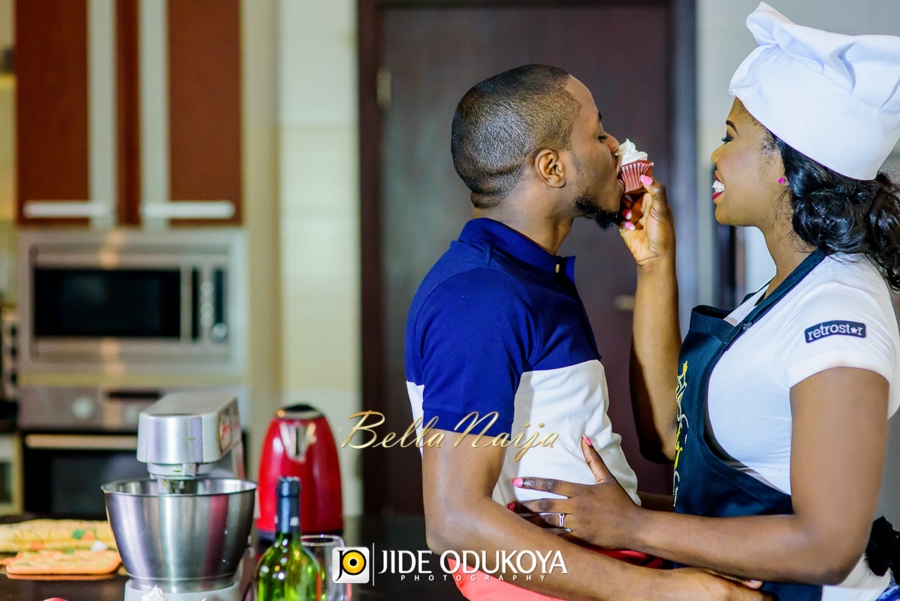 I met everyone in the kitchen, said hello and tried to take the cake to the fridge. Immediately, his sister offered to help me put the cake in the fridge asking me to go to Wale in his room instead. His niece came to me a few times to say, ‘Aunty Lawunmi, your cake is in the freezer’. I ignored her thinking she just can’t wait to have a slice of the cake I brought in.At 6pm, we arrived at the restaurant to celebrate as he wanted. It was a small gathering of close friends and family. 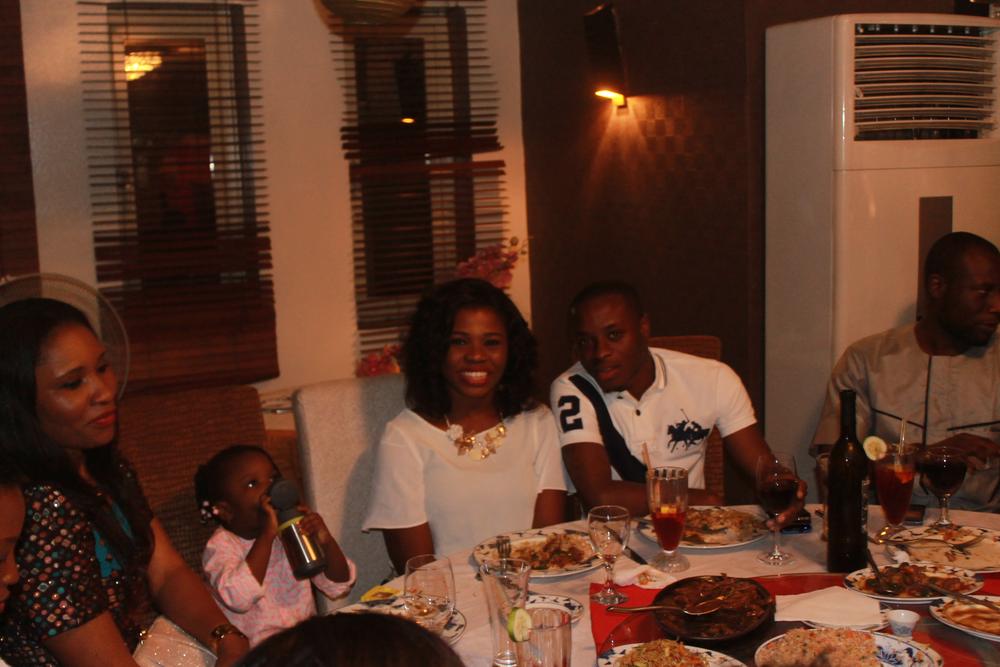 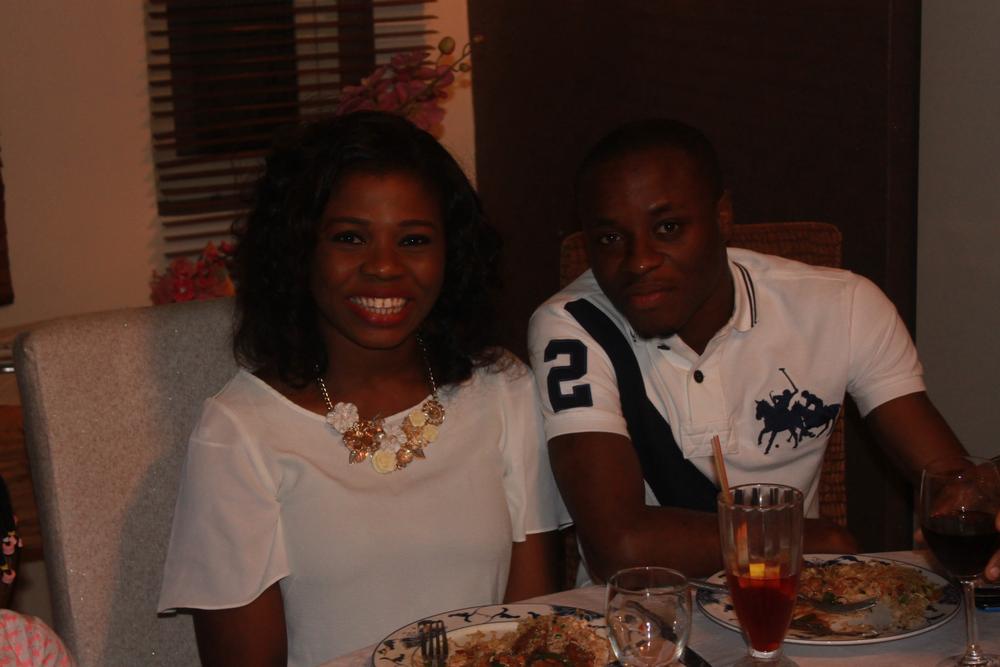 I gave the cake I brought to the waiters to be served for dessert.While we waited for everyone to arrive and settle down, Wale and his friends kept pacing and I wondered why. I remembered I had not taken a picture of the cake and I went back to meet one of the waiters to ask for the cake, he replied, ‘which of the cakes? You brought two cakes’. Wale immediately butted in and asked me to leave it to him to handle, I left, thinking, what a confused waiter!

Moments after, in the previously quiet restaurant, I heard one of my favorite songs at the time, Sean Tizzle’s Perfect Gentleman playing. I immediately asked Wale if he gave the DJ the song, and he obviously said no!

Him being a bad liar, I could tell he was lying and I started to wonder if these guys are up to something. For a second, I thought could he want to propose. I dismissed the thoughts when I thought he couldn’t propose on his own birthday. It’s not my birthday now? Besides Wale isn’t this romantic.

One of his friends brought up the idea of each person saying what they feel about Wale. This discussion went round and the room got a bit emotional. It got to my turn and I gave my own long speech. Wale was then asked to say something about me as well. As he started, the lights dimmed, ‘Perfect Gentleman’ came up again, and the next thing the waiter came in with a cake with the sparkling candles. 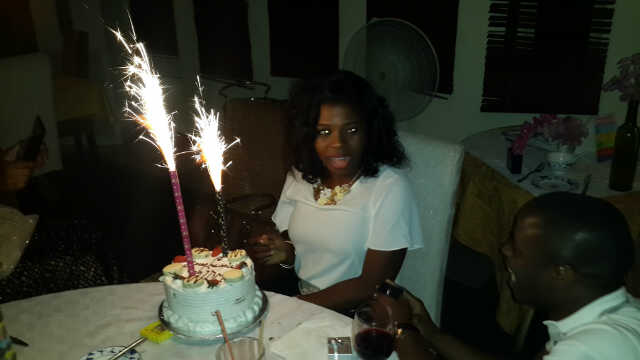 He put the cake in front of me and I thought to myself, this confused waiter is at it again. I looked down at the cake and without reading what was on it, I said, “it’s even the wrong cake”, I looked again and realized it was my writing on the cake … I made this cake, I was still confused until I looked at Wale to help me out as usual.

He was on bended knees, with a ring in his hand. I was in shock!!!!! I was speechless! I burst into tears, the whole room went quiet. 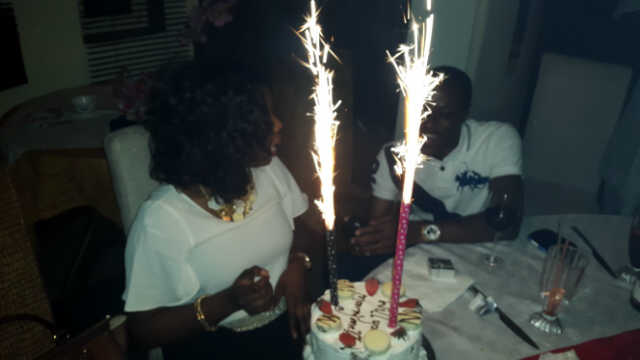 Perfect Gentleman had stopped, John Legend‘s All of Me was playing!! The tears kept rolling down! Wale tried to make a speech, I didn’t allow him because the emotions took the better part of me,it was a whirlwind of emotions, my head was spinning, it was too emotional thinking off all the hurdles and challenges we overcame… 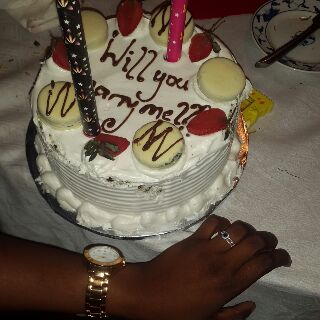 Before I slept that night, I stared at my jewel from my jewel, I started to reflect on all the clues I had but ignored. His sister stylishly checking my ring size weeks before, my fashion rings suddenly disappearing when Tolani, my friend came to visit, my favorite song playing in the restaurant, his niece telling me my cake was in the fridge, waiter telling me we had two cakes, his mum telling me about a month before, how Wale likes his yam slices cut into pieces… Lol. 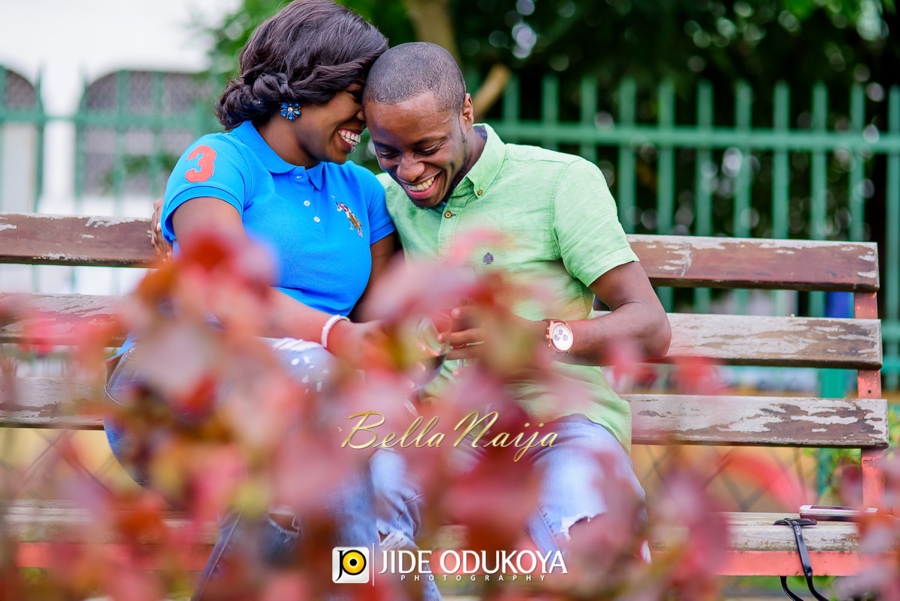 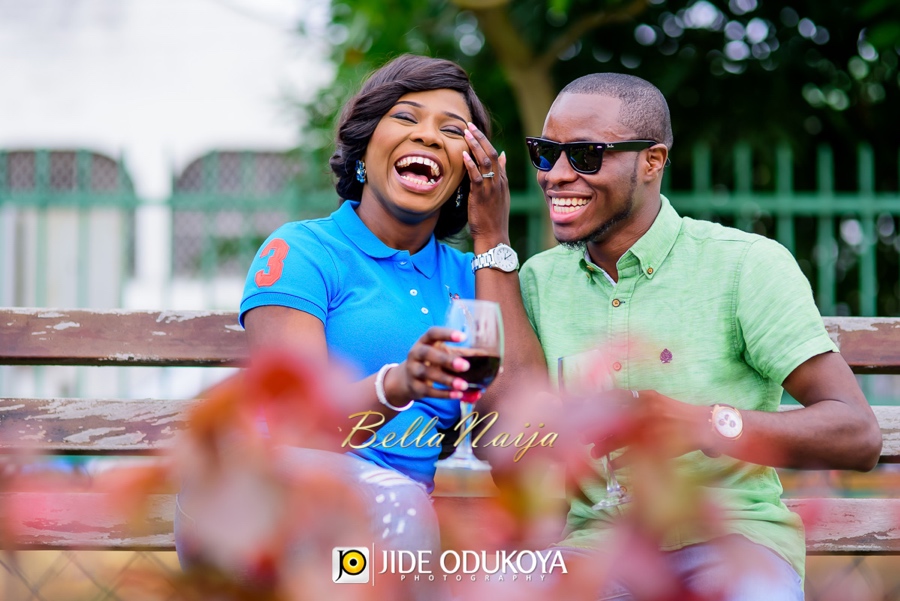 How We Met – Against all odds!
Our amazing love started about 8-9 years ago. Yes we lost count Lol. Before I got into UNILAG, I had heard so much about Wale from my sister. They were really close, Wale used to confide in my sister about a lot and I mean a whole lot. (Yes including his escapades). Before I met him, I already felt like I knew him because of all I had heard about him. 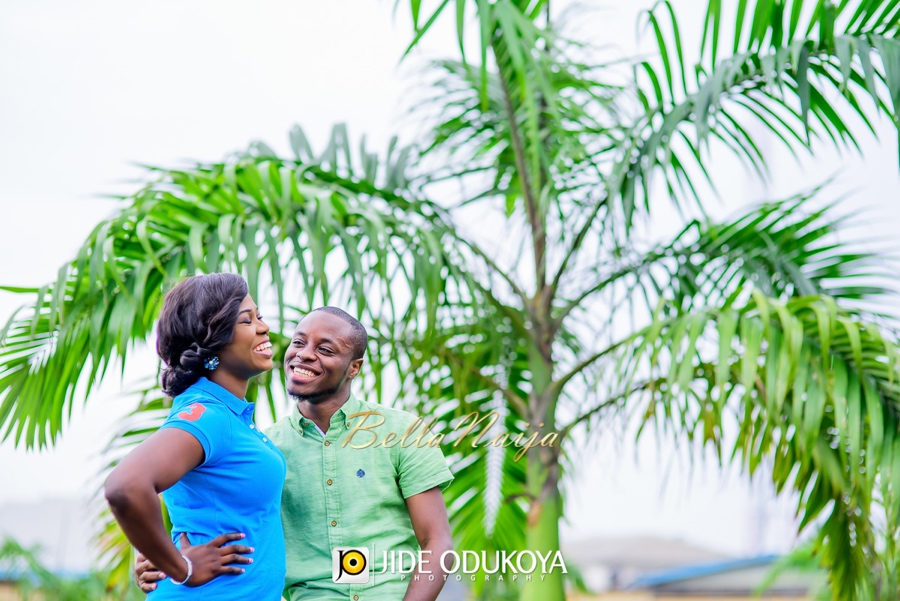 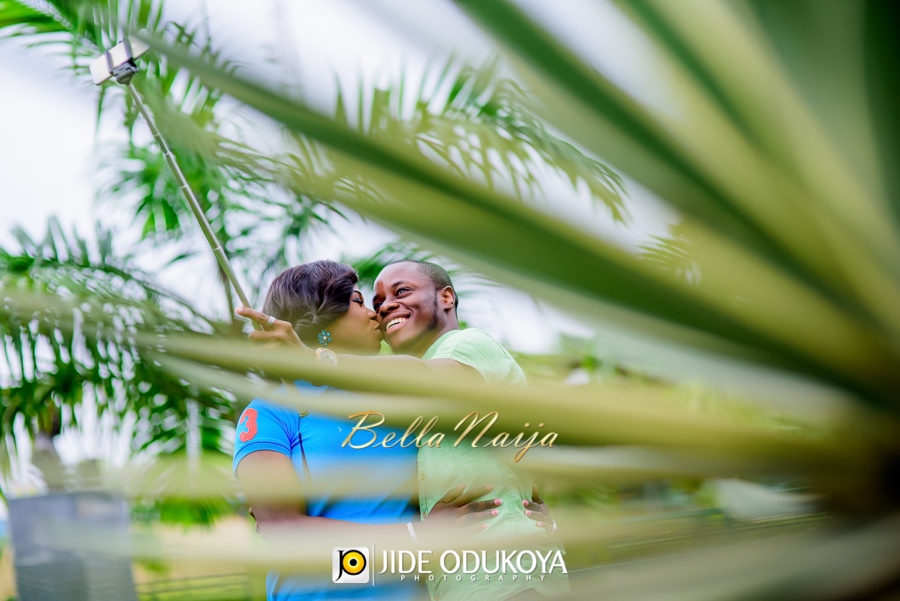 I finally met Wale casually when I started schooling at UNILAG, through my close friend, Tolani. As time went on, I realized I had quite a few mutual friends with Wale. We started to run into each other here and there. From ‘under Senate’ to ‘coffee shop’ to the restaurants at ‘new hall’, to our Thursday parties. I found myself painting my own picture of wale in my mind now, the old picture was fading away. You know the rest … Lol

After months of hide and seek, my sister eventually found out I was getting close to Wale, there was a little resistance from her, maybe mooooreee than a little!! lol. But by this time it was rather too late, I was in cloud 9, I had forgotten about the stories I had heard about wale and had found love ‘under senate’ (UNILAG Senate building). 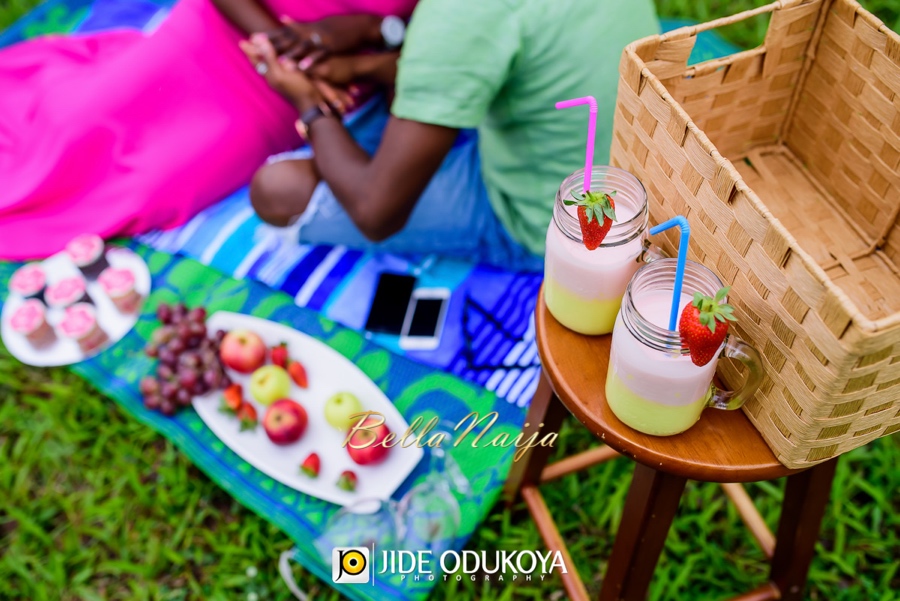 Our love has grown since then. It hasn’t been smooth all the way, we have had our rocky roads, our fair share of dramatic moments, tempting and distracting moments. 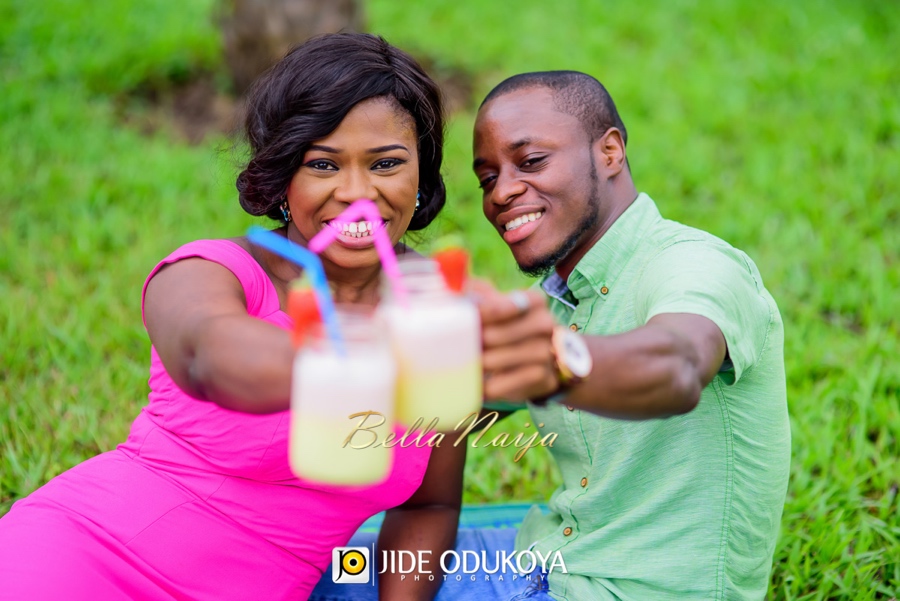 But the past 8 years have being a learning curve, it defined who we are now, we helped and watched each other grow, made mistakes, and most importantly we learnt and have found the meaning of love in one another. 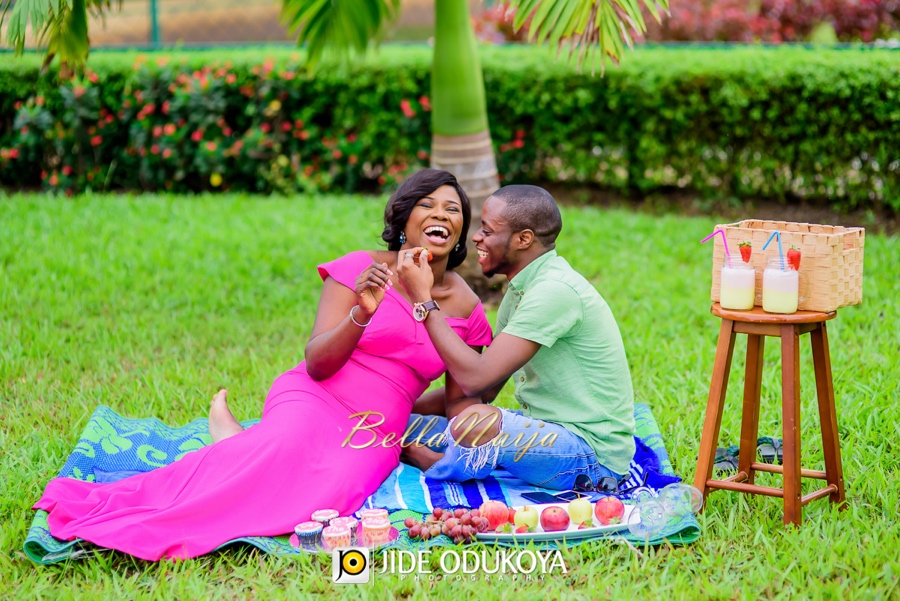 I have found my happy place with Oyewale because we share a strong bond,he’s simply the best!!!!! Countdown to our beautiful forever…