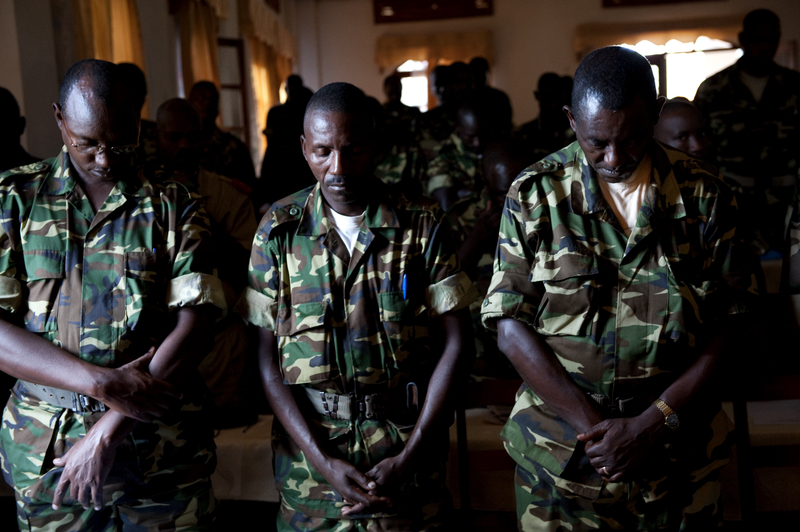 Premium Times exclusively reported this morning that 105 out of a 157 soldier battalion attached to the Multi-National Joint Task Force based in Baga, Borno state, went missing yesterday – on Wednesday November 18, 2015 – in Gudunbali, Borno.

According to the paper, a T-72 battle tank, 105 soldiers, two officers, (including the CO – commanding officer), eight vehicles, a truck loaded with 60,000 rounds of AA ammunition and three artillery pieces were captured by Boko Haram. Another of their sources claims the tank was recovered after heavy fighting.

The source also said the military has been unable to rid insurgents from Baga and nearby towns in Borno due to inadequate equipment.

Premium Times reached out to Colonel Sani Usman, the spokesperson for the Nigerian Army for comment via telephone and he said the military is now organizing a counter-attack –

“I want to confirm the incidence at Gudunbali … the unit attacked is within the area of responsibility of the MNJTF and troops are now organising to counter the attack.”

As a result of the attack, #BringBackOurSoldiers is now trending on Twitter, with Nigerians expressing their fear of the rising level of insecurity in the country and discontent with President Buhari.

My younger bro’s dream is to be a soldier, I don’t think my family will support his dream now. #105HerosMissing #BringBackOurSoldiers

Buhari should rather be Minister of Defence, not Petroleum. Our greatest problem now is INSECURITY, not crude oil. #BringBackOurSoldiers — Lere Olayinka (@OlayinkaLere) November 19, 2015

APC and PMB now learning the hard way. It is not good to use sad news to win political points. #BringBackOurSoldiers — The David (@klinRo) November 19, 2015

Another reason PMB should resign from Ministry of Petroleum and take over Ministry of Defense esp as a former General #BringBackOurSoldiers — Sitippe Ke AkwaIbom (@sitipe01) November 19, 2015

The Abduction of Armed Soldiers is the highest display of incompetence by a Commander-in-Chief anywhere in the world #BringBackOurSoldiers — #PrayForKano (@Tomyboiz) November 19, 2015