Temi A.: And a Partridge in a Pear Tree 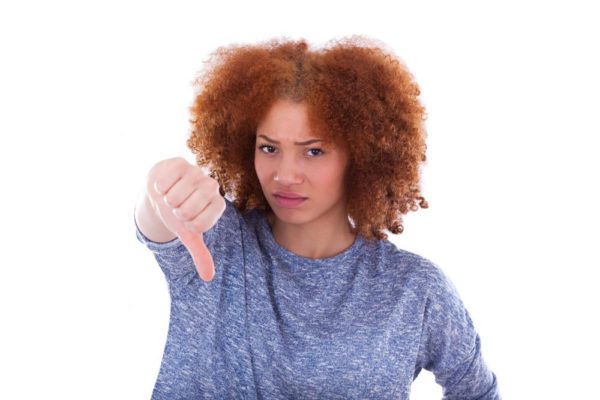 It is that time of the year again when we start to list the things our true love sent to us; five gold rings, four callings birds, three French hens, two turtle doves and the partridge in a pear tree. Signify by raising your hands, blinking, or nodding at your screen if at the time you learnt this song you knew what a partridge was. I did not.

I was in Primary 3 or 4 as I recall, and a partridge was gibberish to me. However, I chanted along nonetheless because it was a good rhyme. I played a game of it and did not breathe until I got to 5 gold rings as that was the bridge and it seemed like a good time to take a gulp of air and huff out the rest of the song. I was too preoccupied with breathing, finishing the song as fast as I could and continuing to bother about what this partridge in a pear tree was.

My lack of knowledge about the nursery rhymes and songs I gleefully recited did not end there. I was slapped in the face with the realisation that “e z obey HEY!” You know, that warlike song we chanted as we danced around our friends and prepared to send them to our makeshift firing squad; or matched to as we invaded their “land” is actually “apes obey”? This, I take it is, general knowledge now, so I am not telling you what you do not know. It does not end there however. My foray into etymology revealed the darkness underling so many cherished childhood rhymes.

Most disturbing of all was my discovery about the nursery rhyme “one little, two little, three little Indians”. The history of that nursery rhyme is a long winded one. It began as a racist slur against Indians, one little “Injun” and then minstrel and comedy shows at the time adapted it to “ten little niggers.”
No text has been exact about which originated first, the poem about the Injuns, or “ten little niggers” dying horrific deaths, until Agatha Christie put her pen to paper and blessed us with “ten little niggers” in writing!
The first of the niggers died by choking whilst eating – as a person is wont to do; the second slept himself to death because that is what black men do all day – sleep. One decided to stay behind in a foreign land whilst the others moved on, another chopped himself to death whilst chopping sticks. The sixth got stung to death by a bee as they were playing with a hive (smart huh?) One is said to have gone into chancery (but as what?)

Another got swallowed by a red herring, which is par for the course when you go to the sea. Another died in an affectionate hug from a bear. The penultimate little nigger fizzled in the sun as he was casually lounging wasting the day away, and the last little man standing hung himself when he looked around and realised that everyone else was gone.

I am going to let that sink in for a while whilst you think about the connotation of this poem. I am not going to delve into any of the deeper issues concerning analysing the poem. But if you are conversant with it, please comment below and let me know what you think.

How did this then make its way to children is the question that popped into my head next. When I first read this version, my mind flashed back to when my cousins were little and they had this toy that played the tune of one little, two little, three little Indians. We clapped along to the rhyme, and it provided endless entertainment for them. You should have seen the toothless grins that followed every performance. That was a happy memory from their childhood, and I have always associated that song and that tune with that moment. It is clear in my head. After singing one little, two little Indians, the toy then asks “can I help you”. I loved that toy.

I shared my discovery with a friend, and avowed that I will never let a future child of mine, or any young kid in my vicinity sing this rhyme ever again. She accused me of being overtly sensitive. Her argument is simple enough. Children are just that, children. You give them a repetitive tune, an environment of love and peace and the evil associations of a rhyme means nothing to them because they are not aware of it. It is adults that turn things on their head when they start to get political about what is essentially a nursery rhyme. She reminded me that today, was not the 1880’s when this rhyme was being bandied about. No one goes about calling another man a nigger without receiving a form of censure from society, and that to her, signifies growth and change. Therefore, if the history of the nursery rhyme is racist and bleak, there is no reason to impute that on little children singing the songs now as we are teaching them to love everyone regardless what colour clothes their skeleton.

I think she missed an important aspect. If the version being taught nowadays does not detail how the Indians met their end (the nigger version is not the popular version in schools) what do you tell a precocious child who wants to know what happened to them? And how would you explain the unnecessary violence that described their lives? It is only a nursery rhyme yes, and we have sang worse and danced to worse things before we paused for thought but we cannot rely on our ignorance to justify ignoring issues when we do become aware of them. This is the main bone of contention between my friend and I. She argued that this could be swept under the carpet as we moved on. I argued that this song should not be sung anymore. This sort of argument permeates our reality. People are described as either too sensitive to issues because it concerns black people or not “socially aware” if they do not react. Is there such a thing as being too sensitive as it concerns our race? I used to belong in team #somepeoplejustliketoplaytheracecard but recently I have stopped paying membership subscription. The way I see it is this: there is no smoke without fire. If in 2015 I turn on my news and cases of racism premeditated, casual and instances of police brutality and sheer thoughtlessness against my race is still the order of the day then I cannot be oversensitive. I am simply reacting to my reality.

Do you think people are too sensitive as it concerns black people and are quick to point a finger at racism whenever something isn’t right? Or, do we have a healthy balanced attitude towards issues? Hit the comment box below and let me know what you think. Compliments of the season! And erm, on the first day of Christmas my true love (me of course) intends to give me a copy of “Allah is not obliged” by Ahmadou Kourouma.