The Mystery of Russian Plane Crash in Egypt that Killed 224: What Really Happened? 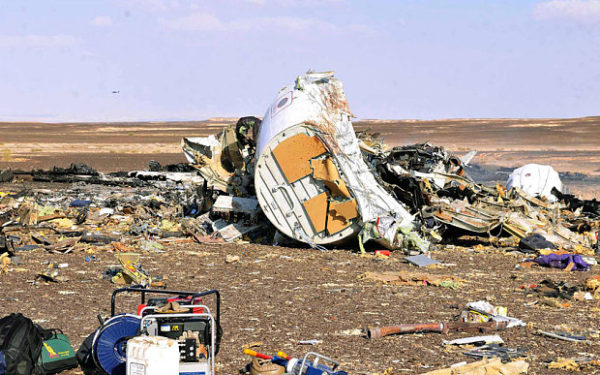 The cause of the crash of the Russian Kogalymavia Flight 9268 in Egypt on Saturday, which left all 224 people on board dead, is still a mystery. What really went wrong? What was the exact cause of the crash? Authorities are still seeking answers to these questions.

According to News Agency of Nigeria (NAN), authorities say the crash could not have been caused by technical faults or human error. Alexander Smirnov, Deputy General Director of the airline, said that “the crash, in Egypt’s Sinai Peninsula, could only have been the result of some other technical or physical action which caused it to break up in the air and then plummet to the ground. The plane was in excellent condition, we rule out a technical fault and any mistake by the crew,’’ Smirnov told newsmen at a conference in Moscow.

The crashed Airbus A321 plane, operated by Russian airline Kogalymavia, was carrying holiday makers from the Red Sea resort of Sharm el-Sheikh to St. Petersburg when it crashed in the Sinai Peninsula on Saturday morning.

So what really happened?

Get Smarter Online! WIN 1 of 4 online short courses with Careers24