Yetyne: But Why Are You Afraid of Juju? 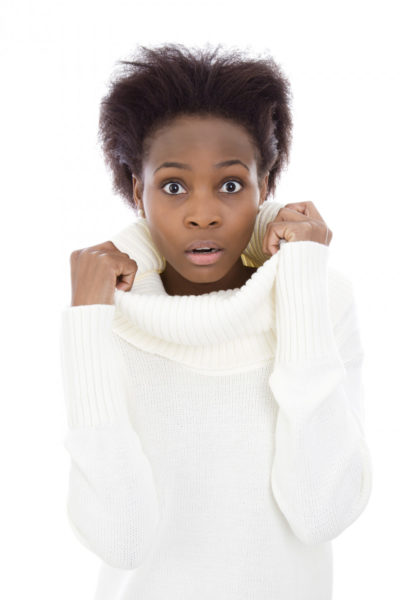 My mother had a land encroachment problem. It wasn’t the typical ‘neighboring land owner trespasses by a few feet’ matter, this was a case of ‘trespasser moves in with construction men and machinery to boot’ land grabbing.

She had purchased the parcel of land for speculation purposes a few years ago and sold it sometime after to a colleague. The said colleague had been unable to secure the property, thereby resulting in this unfortunate episode. My mum had been called in to assist in resolving the matter and in her usual superwoman manner dove into the issue head-on.
Time after time they went to the site requesting to meet the person responsible for the construction work, the responses they got from the construction workers rapidly declined from the ”Ah! And he just left o” *laden with concern*, to an “I don’t know” shrug *with fake confused facial expressions* and the firm “he’s not around” defiant stare down. They met with the family who sold the land to them, requesting that they wade into the matter, the family stated they didn’t want to get into the middle of it. A court case was out of it, her colleague who was a widow couldn’t afford that option; it is not uncommon to see pending court cases over land disputes being passed from one generation to the other. They needed to meet with the trespasser to dialogue on a resolution… but how?

As she drove past a busy market while on her way to the site for an umpteenth time, she had a light bulb moment. Immediately she turned around, parked at a convenient spot close to the market and dashed inside to make some much needed purchases. Within the hour, after the stopover at the market, she was parked at the construction site, head buried in the boot of her car assembling items. First she tore a strip out of a yard of red cloth she had purchased earlier, this was tied firmly around a small calabash, a large feather was strategically placed in between her lips and off came her footwear. In a performance that would rival that of any diabolical character played by Patience Ozokwor, she walked into the site, barefoot, in a trance like state. She trudged on till she got to a spot she perceived as the mid-point of the land, all the while ignoring the shocked looks being directed at her, and then proceeded to smash the calabash on the ground in a dramatic manner. Immediately all hell broke loose; grown men and women were screaming for their lives while scampering to safety, within minutes the elusive trespasser had materialized at the site and my mum was able to proceed with the next steps.

She relayed the episode to me over dinner after I returned from work, in between my peals of laughter, I managed to ask her if she wasn’t scared one bit while going through her make believe act, she retorted with “won fin Sango sere!” (They don’t play with Sango).

I remember an episode in University during my 2nd year, a girl’s phone in my hostel had been stolen…this wasn’t unusual. She stood outside her room, venting and bellowing threats…nothing new about that. After a while she dashed into her room and came out minutes later with a weirdly packaged candle… this was getting interesting. She set the candle on the passage, lit it, then made a pronouncement that if her phone wasn’t returned before the candle melted off completely, so so and so would be the fate of the thief and then left the hostel. Immediately the hostel went into overdrive, people chatting in small excited groups. “Her father is a medicine man o”, “Mehn! Don’t try that girl, she can do and undo”, “Haven’t you noticed that the candle flame hasn’t flickered once, though today is windy?” To cut the long story short, the girl’s phone was returned before the candle had gone halfway, neatly tucked under her pillow with an apology letter.

Nigeria can be labelled as a very religious country, if you take into consideration the number of churches and mosques that dot every habitable space. The street I used to live in had 4 churches and a major mosque, as a result you would think my street would be sane…but…that’s a story for another day. Anyways back to the topic, Nigeria has an estimated population of 182 million people¹, and according to the World Factbook² by the CIA, about 50% of Nigerians practice Islam, an estimated 40% are Christians while roughly 10% practice traditional indigenous religions or no religion. So don’t you find it perplexing that if a spouse needs to assure his/her partner or partner’s family about their fidelity, the most popular route is going to swear in the village shrine? Isn’t it amusing that our politicians at times have to swear their loyalty to godfathers in places that are neither churches nor mosques? Anybody remember Okija? Don’t we find it scary that human traffickers carry out diabolical rites on their victims to ensure their silence in spite of the heinous crimes committed against them?

My observation is that no matter your gender, age, educational qualifications, exposure or ‘spirituality’ you go fear ‘fear’, when juju is brought to bear in your matter. So why is this? I’m a Christian so permit me to ponder based on my perspective, is it because God’s ways are not our ways? Or is it due to the fact that God is slow to anger and merciful unlike a god who will visit his anger in say 7 days on the intended if they fail to comply with its request? What exactly perpetuates this irrational fear? How do we combat this? Do our religious places of worship, parents, schools etc. need to go further than what they are currently doing to instil the fear of God within us and wipe out the dread for ‘smaller’ gods? Hmmm…so many questions.

Have you ever experienced a real or make-believe voodoo situation? What’s your take on the respect afforded by Nigerians to Juju? Do you think we can improve on this? Let’s share.

Tolu Falode: She is More than Enough

Yetyne is a number cruncher by day, and an aspiring event planner. A music aficionado, she tweets @yetyne and blogs occasionally on https://yetyne.wordpress.com