Onyinye O: Excuse Me, Please Can I Have Your number? 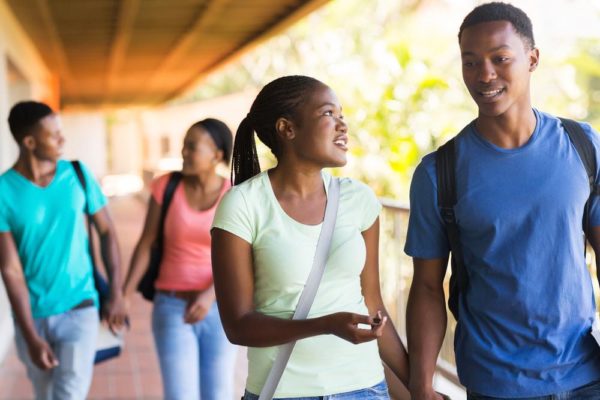 “I really enjoyed this conversation. Do you mind if I got your number?” and in my head I’m thinking “not again!” What if I choose to reply by saying “yes I mind” or “nah, I don’t think it’s necessary, we’ll definitely see ourselves around”. Does that make me a rude lady? At the end of the day, it’s either of two things: he gets the number or the situation gets awkward.

Day in, day out, this happens to lots of ladies (including me). You’re at a place and somehow, between being busy, getting stuff done and simply relaxing, you start off a conversation with someone and it leads to another conversation and another and ends really well (or maybe not). Then on a parting note, the person begins to ask for your number and it just screws it all.

Actually, in certain instances, it feels really good when the guy asks her for her number. It’s probably all she wanted anyway. In her head, she’s smiling, laughing, jumping and screaming all at the same time. She’s quite excited that he just might want more- friendship or what not. At other times, it just gets really annoying. The question in her head in quite a number of such instances (especially when she isn’t feeling the guy) is “must you spoil this thing by asking for my number?” The person might have been interesting but does she even want to stay in touch?

Ok. Let’s say we’ll excuse such instances by saying- maybe the conversation was misleading and the guy took out an unintended message from it. However, a question that should probably be asked is was there really any unintended message and it just seemed convenient? Truth be told, most times, “continuing this” is usually not with the intention about being just friends. It’s usually with a sexual intention or let’s say “taking it to the next level” and although some people might argue otherwise, most follow up conversations, interactions and hangouts (if it ever gets to that) just proves this.

What’s amazing, and the ones which feels a bit extreme and probably aren’t really excusable, are situations when a person extends a random kind gesture and the other person takes that as a “green light” to ask for a phone number.

Take for example, I’m at an ATM and on the queue to withdraw money and there’s just one person behind me, but for some reason, he’s chilling under the tree close by, as per, the sun is too hot and he just needs shade. A guy walks up to me and says “you’re the last person right? I’m behind you and I say “no. I’m actually not. There’s someone else behind me just standing over there but when he comes, I’ll let him know you’re behind him”. The guy says thanks and walks off to get something from his car.

Minutes later, the Mr I’m-Preserving-My-Complexion leaves his shade and comes back to the line and murmurs something like, “e be like sey this line no dey move. Haba”. I don’t say much, I just nod in agreement and tell him, “ohh yeah, someone is behind you”. He says ok. 3 minutes later, the guy behind him walks back to the line and smartly figures out the situation and takes his place on the line. We have no major conversations either. Even when his pen happens to fall on the floor just a bit in front of me, I pick it up and give it to him and he says thank you.

After waiting for what usually feels like 2 hours (which really is about 15 minutes), I get to withdraw my money. I’m done and ask I walk off, I hear “excuse me, excuse me” and I can tell exactly what’s going on but I choose not to respond and I just kept walking. In a few seconds, I feel a tap on my shoulder and as I turn, i set eyes on Mr-I’m-Behind-You. Then he goes, “Hi. Just wanted to say thank you for helping me with the line issue and picking up my pen. You seem like a really nice person and I’ll like to know you more. I was wondering if I could get your number. I certainly would be wondering to myself “why now? For what?” and politely I just might say to him politely “errr, I’m not sure why I need to give you my number”.

Question now becomes is it now a crime to even be nice or courteous towards someone? I’m not saying every single guy out there asks for every lady’s number especially when they are just being “ladylike” but more often than not, it just happens that way.

Speaking of which, because of such instances, I know quite a number of ladies who now have multiple phone lines so when anyone who they aren’t “feeling” wants to get their number by all means, they give him the dormant line. On the other hand, when the guys that they are in sync with ask for their numbers, they give them the functional ones and are even quick to rush back to whatsapp to change their profile picture to that one which they think makes them look beautiful. Honest truth? There are times we ladies wish we could indulge in the “can I have your number” thing.

The major issue for women though is, usually, the guys set the pace or dictate the tunes. So a lady might find a guy interesting after having a conversation with him or maybe not sef. But then, it would feel really awkward if she said “ohhh, nice conversation. We could continue this over the phone. Can I have your number?” or walk up to him and say “hi, my name is Erica. I noticed you from afar and couldn’t help but come over. Can I have your number? Maybe we could be friends?”.

A lot of times, she just cannot dare to think of such talkless of carrying it out cause somehow it just feels inappropriate and she knows she’ll be instantly judged anyway. It’s either she’ll be looked at as too forward or weird or not recognising that’s not her role. Some other people would even tag her “cheap”.  How could she even ask for a guy’s number? How?

At the end of the day, the question really is, is a phone number gold? Does having someone’s phone number directly translate as an invasion of privacy? Can we just hit off conversations randomly and both parties involved go home after it without anyone really wanting a number to take home? Or even if one party wants the other’s number, is there ever a way to say no without coming off as being rude or arrogant?

Please share your thoughts below along side your “excuse me, can I have your number” story. Adios.

Richard Akuson: I’ve Lost My Mind… All Thanks to Sugabelly