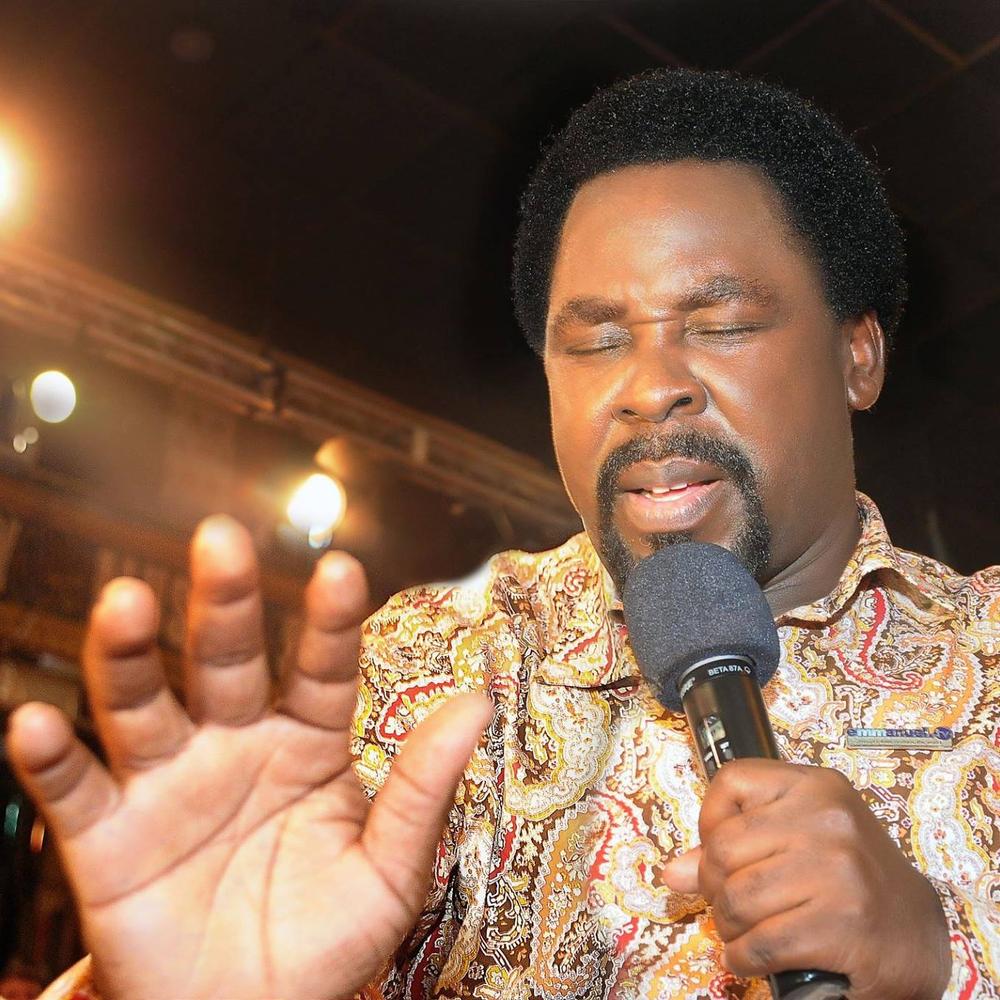 Nigerian pastor T.B. Joshua has released a list of prophesies for the New Year 2016, particularly directed towards the continent of Africa.

Known for his unconventional antics, Joshua shunned protocol by cancelling his yearly ‘crossover service’, opting rather to address followers live on Christian television network Emmanuel TV from an undisclosed location.

“There will be large scale scarcity, shortage of food,” Joshua, who is the Pastor of The Synagogue, Church Of All Nations (SCOAN) based in Lagos, Nigeria, began.

“As a state, country, continent, we have to go back to the farm to arrest, to alleviate the forthcoming situation,” he emphasised in the prophecy which was later posted on the ministry’s official Facebook page.

“I encourage the governments of all nations to invest in agriculture and to grant loans to deserving citizens to augment this effort,” he went on.

Joshua, who was recently named one of the world’s most famous prophets by an American ranking website, spoke scathingly about Africa, citing the continent’s inability to manage its teeming resources as its major bane. “The continent of Africa – how much have we disappointed God,” he soberly noted.

“Africa is supposed to be the breadbasket of the world. We are supposed to produce a large quantum of food for the world. This is our natural resource base. Food should be our primary export to other continents, food in exchange for technology,” he continued.

He stated that the frequency of terrorist attacks in the continent would increase. “More African countries will be under siege by terrorists because of pros and cons in choosing leaders. Mishandling of electoral processes will create a conducive atmosphere for terrorists.”

Joshua continued that people will stop investing in politics because of “limited resources and challenges”, adding that this would pave the way for those with genuine intentions to run for political office.

“When you are genuinely called to do the job, you will do it because of your love for it and not because of money,” he stated.

“This year, do what you love. There’s money in love. Money in love brings peace and tranquillity,” he further admonished.

Joshua’s prediction closed with a prayer for Nigerian President Muhammadu Buhari. “He has good intentions but a king’s intentions cannot be carried out properly without the support of the subjects. He needs your support to lead us out of the valley,” the cleric stated.

“The president will do everything to reject revaluation of the naira – which is a good idea from a good leader. But there will be overwhelming pressure which he will not be able to resist. Nigerians, support and pray for your leader. The future is crying for help,” he vividly described.

Despite the nature of his predictions, Joshua termed 2016 ‘The Year Of Reward’, stating that believers would be strengthened in the midst of their struggles.

“Start your year on your knees,” he advised, adding it was an ‘instruction from God’ for believers to begin and end their days in heartfelt prayer.

“The voice of weeping, sorrow, setback and sickness shall be silenced, in the name of Jesus Christ,” he further prayed.

A day earlier on Wednesday 30th December 2015, Joshua posted a sermon about the dangers of offence on YouTube, a topic he further addressed in the live broadcast.

“Just because you were mistreated, persecuted, lied against, cheated or wrongly accused, as a believer, you do not have permission or the right to hold on to offence,” he counselled.

“Two wrongs do not make a right,” he declared, calling on people to ‘let go of offence’.

“When you retain an offence in your heart, you filter everything through it,” he said, explaining that although offence was unavoidable, the response of people to it was what really counted.

Joshua counts several African leaders among his followers, including the newly elected President of Tanzania John Magufuli who has been unanimously lauded for the positive strides the East African nation has taken since the start of his presidency.

His television station Emmanuel TV was added to the DSTV bouquet in November 2015, bringing the Nigerian cleric to an even wider audience across Africa.

According to an announcement on Facebook, Joshua is set to return to ministration at The SCOAN after a lengthy seven month absence this Sunday 4th January 2016.

Related Topics:TB Joshua
Up Next

Is this Bill Cosby Cover from New York Daily News the Most Controversial Yet?