Kobe Williams pays homage to celebrated figures through his creative sand art. To ensure they live on when the real world versions disappear, he gives them a new – digital – life. But, he says, that does not dilute his message: nothing is forever. 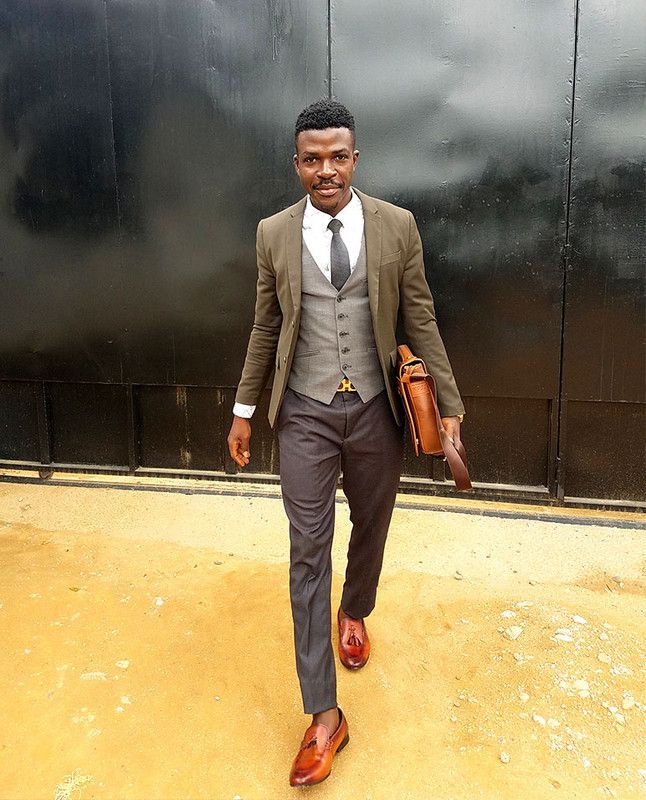 Contours and highlights emerge as life-like faces from the earth, as Kobe Williams, 31, pays homage to yet another celebrated African or international figure, using sand as a medium for his art.

For Williams, nature is both canvas and grim reaper; requiring only sun, sand and open space to create his masterpieces, which take around two hours to complete, he has to stand by and watch as wind or rain – or both – destroy his creations. 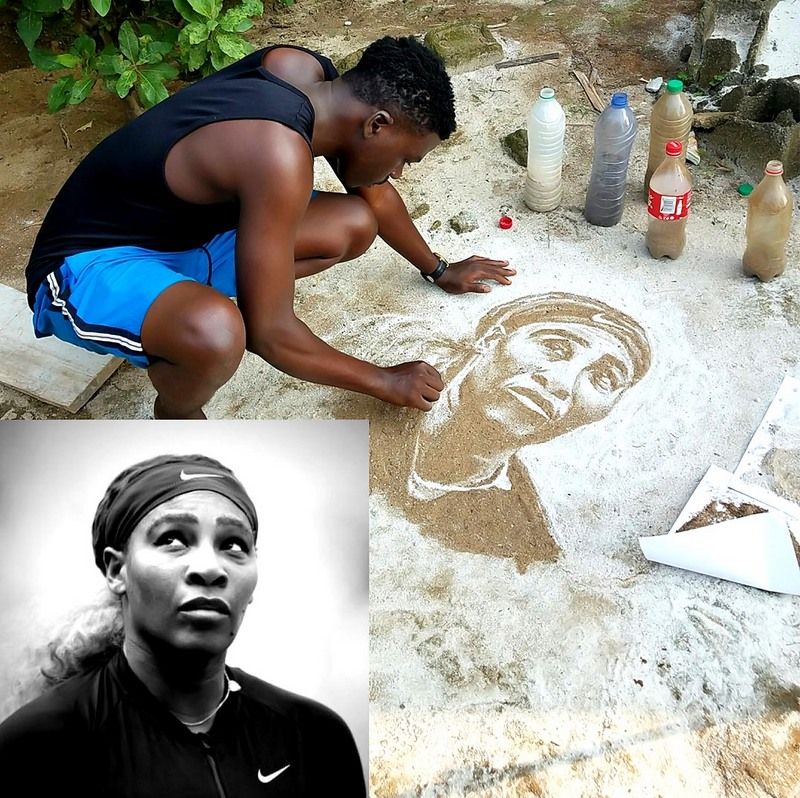 Yet the ephemeral nature of sand as a medium speaks to his core ideology- nothing lasts forever. “Anytime I do sand drawing, with time, it washes away. I do it outside to let people know that no matter the beauty of something, it will someday fade away. And from dust we came, and unto dust we shall return,” Williams explained from his “studio”, a sandy area near the shores of the River Wouri.

Williams adds that he is inspired by black identity as a theme, seeing identity as a crucial element of the collective experience of black people both on the continent and in the diaspora. 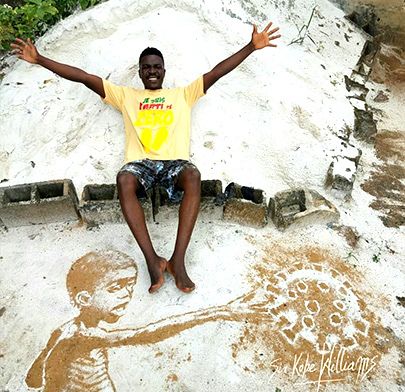 The sand artist himself hails from Tombel, in Cameroon’s Southwest region, though he earns his living on the shores of the Wouri river in Douala. His art is a “celebration of the life and death that is directly reflected in modern culture and events”.

Well-known in a number of Asian countries, sand art is slowly becoming popular around Africa, with artists like Chiekh Mbacke Sow from Senegal travelling around the world, just to get different shades of sand for his pieces. To make a living from the art form requires a prodigious output, however. “Most of my sand art is meant to entertain my followers and keep myself visible on social media,” Williams stated.

The artist has a great vision for sand art and wants it to be a source of inspiration to others. “I am now using this idea to try inspire people, produce art and look for ways to sell it”. 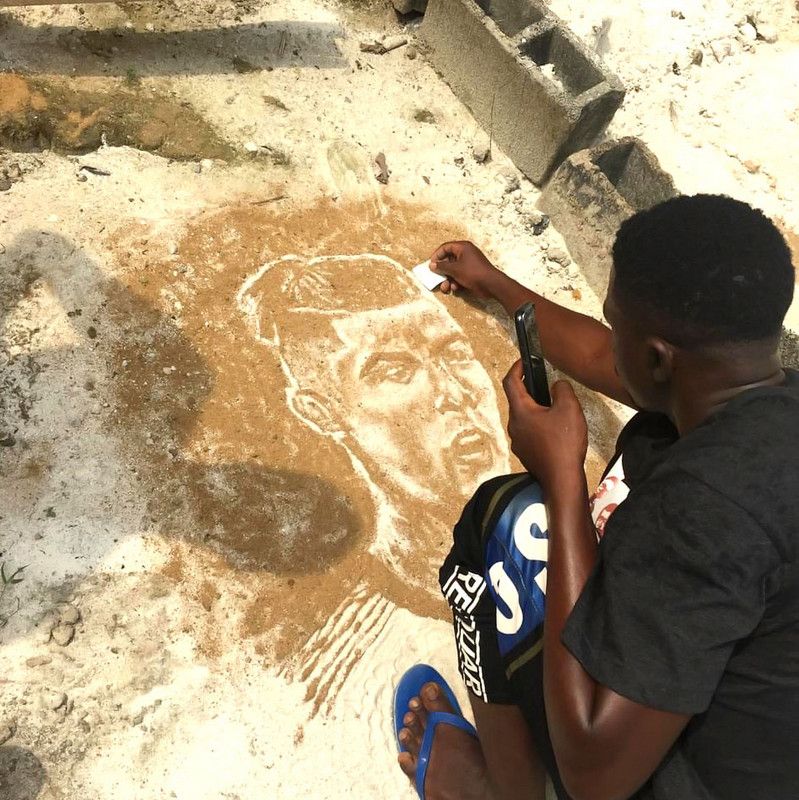 The creative process is not without challenges, the biggest of which comes in the form of yet another natural element – rain. “I can’t do my sand art when it is raining. The art does not carry much imagery indoors, but outside, it carries lots of messages.”

Beyond environmental concerns, there is another issue, since it is not something clients can purchase and take home: how to sell it. The idea that the digital world, too, is ephemeral, struck a chord with Williams, and he began maximising his online presence to get his work seen more – and to improve his ability to earn a living.

“We live in a digital world and there are people who love being entertained. I consider sand art as a digital work, art that remains (more) in the spirit than in homes”, Williams said.

Williams’ inspiration has also changed, in recent years. Since 2016, Cameroon’s mainly English-speaking Northwest and Southwest regions have been in crisis, which has since metamorphosed into armed conflict – providing Williams with plenty to think about. 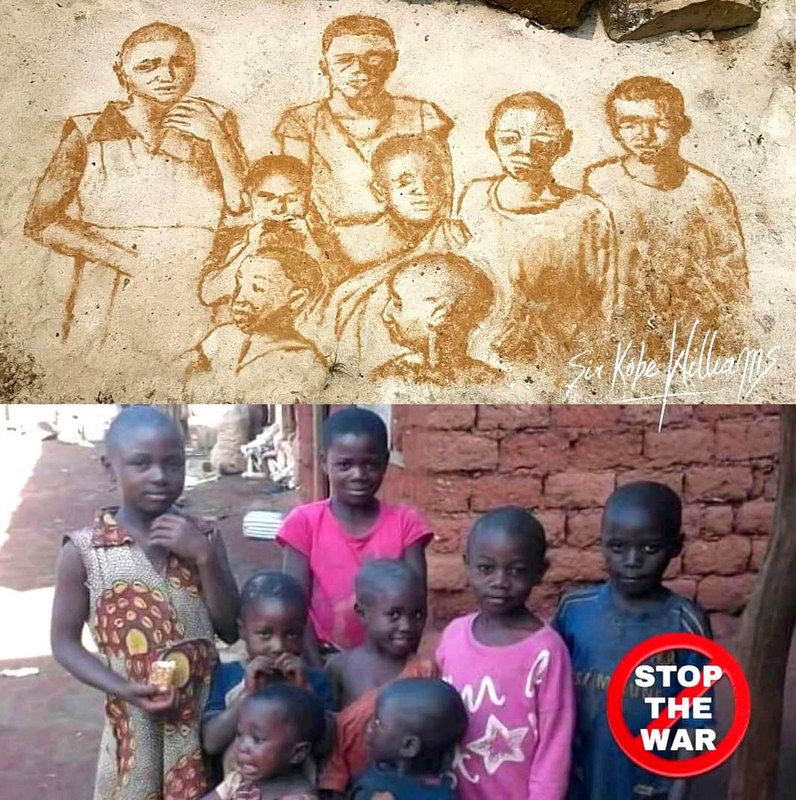 A shocking event in Ngarbuh (a village in the Northwest region of Cameroon) is what initially inspired Williams to take his art digital: to create a tribute to women and children killed in the incident, he needed his art to live longer than the usual few hours. “I wanted to do art that would remain in the memories and in history. It was really sad to see pregnant women and kids burnt. At that point, I knew we had reached the peak of the crisis and there was a need to end it,” he states.

In the past year-and-a-half, he has produced several images capturing injustices and has “painted” well over 200 events and celebrities, both local and international.

While the most popular of his pieces include the tribute to the victims of the Ngarbuh massacre, his other works have been enormously popular, too. Those include portraits of the late Nigerian pastor, TB Joshua, the late Cameroonian legendary musician, Nkotti Francois, football star, Christiano Ronaldo, renowned Cameroonian saxophonist, Manu Dibango and the late George Floyd – the victim of police brutality in the US. 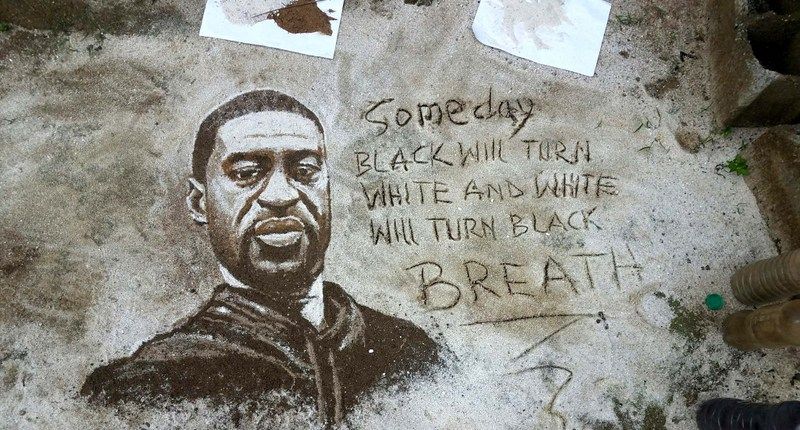 Williams’ ambition is to be recognised alongside Africa’s more renowned sand artists. But he is also determined to stick with his central philosophy. For him, “when art becomes decoration, it is no longer art”. 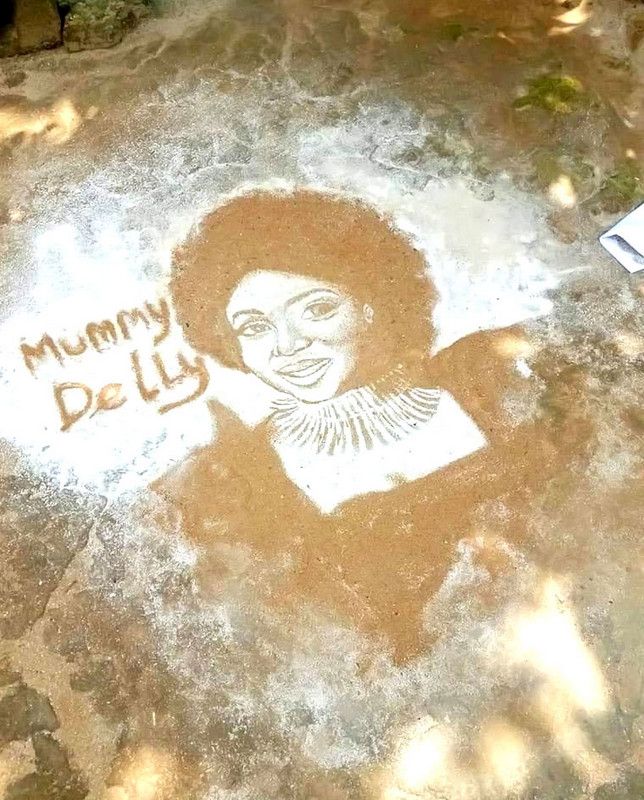 Well known Cameroonian personality and philanthropist, Delly Singah, is a fan. “Kobe Williams’ work in terms of art is quite unique, the best I know, competing not just in Cameroon but in Africa,” she says. “He puts his all into sand art, doesn’t just use the talent but he adds love, passion and his soul, with awesome delivery, the world needs to hear more from him and see his works. He is a genius”.