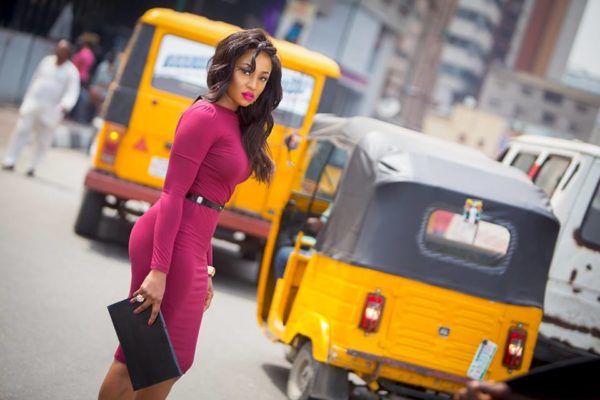 As the sayings go “You’re only as young as you feel” or “age is nothing but a number”; so when it comes to dating men a few years younger, age shouldn’t be a barrier or should it? What I think is to be considered more importantly is communication, common interests. How well do we get along and is there an attraction? Although the conversation should also rationalize how much younger you are willing to go for a woman of a certain age.

For instance a woman in her early to late 30s who is dating a man in his early or mid 20s may think to herself “I just want to let my hair down and live a little” Chances are that he’ll be more spontaneous and adventurous than you’re used to. Some may say men in their twenty’s don’t quite have it together or are still on the journey of discovering themselves. They are not mentally ready to take on the emotional responsibility of being with a woman in that age bracket. The onus lies with the woman to be practical about the situation and accept it for what it is. If it doesn’t work out, both parties move on just fine.

Can it really be as clear-cut and simple as that? Are we females capable of simply just having fun and moving on from someone without any pain, even if he is that much younger? Don’t get me wrong there are young men in that age bracket who are already achievers. I used to work for Zurich Insurance Group in Swindon and the program manager was only 26 years old. In my line of work at the time, contract program managers earned in the region of £500-£600 a day. This young chap had business analysts, system architects and system analysts such as myself reporting to him. So for a woman any age he would be a great catch.

Consider this: a case where he is an achiever, has it all going for himself, great career, head screwed on tight and a looker. He isn’t concerned about the age difference and makes no issue of it. He handles you like a man should and the sex is off the chain. He’s a great conversationalist and constantly reassures you of his desire for you. Do you begin to imagine your future with him in it? You probably didn’t plan to fall this hard for him. Out of 10 boxes he ticks all 10. Do you stop yourself based on the fact he may be 7, 9 or 10 years younger?

Thoughts may start to creep up as you age along; when you’re in your late 40s dude is chilling in the 30’s. Insecurities will start to develop, will he still find you attractive, can you compete with younger better looking females? Will sex still be as explosive when it begins to dry up in the cabinet below?

I’m of the opinion that love is age-less; when a man wants you, he wants you… regardless of how old you are.

From experience, dating younger has never been an issue for me. What I have personally been more bothered about is, that I have the companionship I desire and that we enjoy each other’s company, enough to want to stay together. Psychotherapist Robi Ludwig claimed that, “In some cases, a younger guy is developmentally in a different place…he’s not ready for all of the pressures and responsibilities that go along with a committed relationship because his emotional maturity is not fully developed yet.”
This could be generalizing to an extent, because people of all ages aren’t interested in serious relationships, and plenty of people of all ages are interested in serious relationships, too.

Sadly and funny enough,we are in the era of f**k boys (excuse my language) – but it is what it is. Nice looking, well put together young men who come under the guise of what may seem as lovely gentlemen but all they want to do is f&%k. On the other hand, older doesn’t necessarily mean better – as age and maturity are not quite related.

That being said I think women should be open. Centuries have limited the choices of women and I believe we are in a much more liberal moment in time where our social consciousness has allowed us freedom of choice. You don’t have to be rich or beautiful, but just be open to the idea of seeing younger men as an additional option for partnership.

As flattering as it may be that someone 10 years younger is in hot pursuit of your time and attention, we females need to apply some sense.

Before dating a younger man, things I feel should be considered:

1. Is he mentally mature enough to be with a woman much older than him?

2. Where is he in his life and career? Lots of conversations and observing will eventually highlight these.

3. What are his goals for family and children and how far along in the future are the goals?

4. Is being with an older woman just a fantasy he is living out through being with you or does he genuinely want you?

5. Is this just a bit of fun for both of you and when he starts to back track will it be easy for you to let go and move on?

6. Can you have a grown up conversation with him?

8. When he talks does he sound like he is much younger?

9. Will dating a younger man leave you lonely?

10. After dating someone younger, can you comfortably slide into dating men within your age group or older?

11. Are you embarrassed of him in the presence of your friends?

12. Is he embarrassed about you in the presence of his friends?

Laiza King: 5 Kinds of Toxic People to Stay Away From in 2016