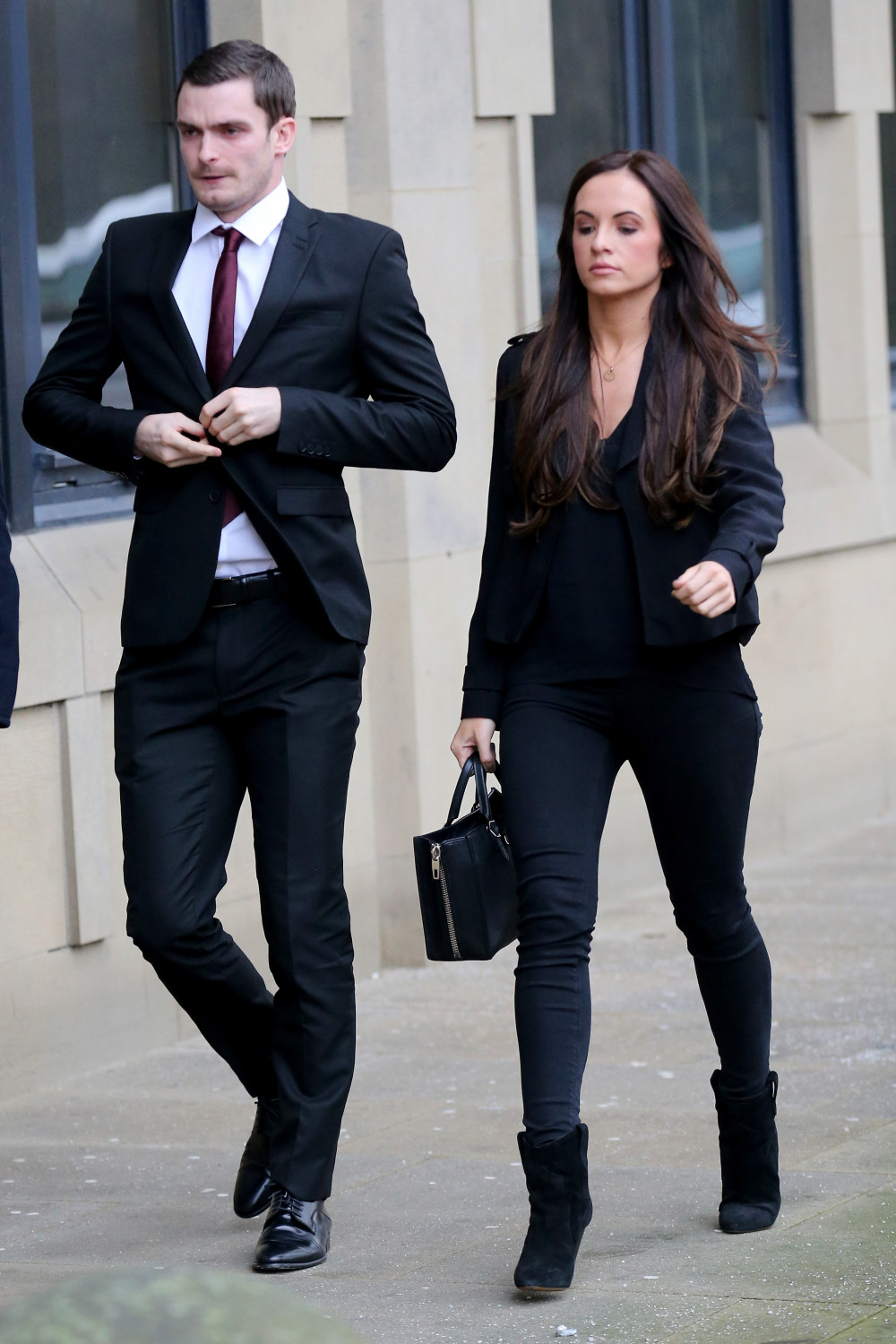 Adam Johnson and his girlfriend Stacey Flounders arrive at Bradford Crown Court where Johnson is facing child sexul assault charges on February 12, 2016 in Bradford, England. The fomer Sunderland FC midfielder, aged 28 and from Castle Eden, County Durham, is on trial for two counts of sexual activity having pleaded guilty to two others.

28 year old footballer Adam Johnson is currently on trial in the UK for texting and making out with a secondary school girl who was only 15.

The girl is a Sunderland fan (he got fired from the team yesterday) and prosecutors say she idolized him. He met up with her and they exchanged naughty text messages while he was living with his pregnant girlfriend, Stacey Flounders and after she gave birth to their daughter, his only child.

In fact, according to Mirror, one time he sent her a dirty text message just 30 seconds after he received a photo of his newborn baby with his live-in girlfriend.

A jury was told the 28-year-old text the schoolgirl saying ‘I’ll last 10 seconds though, lol” after suggesting he wanted to remove her jeans.

The prosecution said just 30 seconds earlier he received a picture from girlfriend Stacey Flounders of their new baby daughter and replied “she looks class”. 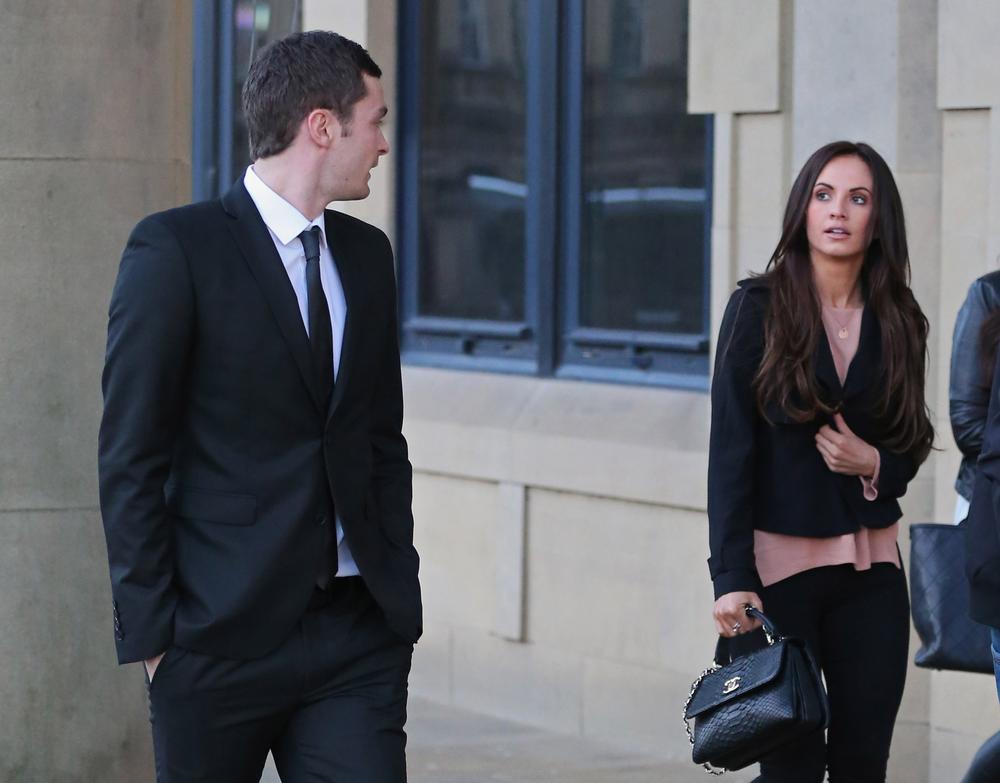 BRADFORD, ENGLAND – FEBRUARY 10: Adam Johnson with girlfriend Stacey Flounders leaving Crown Court after admitting two charges against him and pleading not guilty to two others on February 10, 2016 in Bradford, England. The Sunderland FC midfielder, aged 28 and from Castle Eden, County Durham, will go on trial for two counts of sexual activity having pleaded guilty to two others. He has one daughter. (Photo by Nigel Roddis/Getty Images)

Going to the beginning, prosecutors say when the girl added him on Facebook right before New Years 2014, she made it clear she had just turned 15.

Prosecutor Kate Blackwell QC said the girl was a passionate Sunderland Football Club fan and “idolised” Mr Johnson, who was her favourite player.

“After matches, she would hang around waiting for a glimpse of him, wanting to get a photograph, often sporting a Sunderland shirt with Johnson’s name emblazoned across the back,” she told the court.

After he started texting her, his browser search history show he looked for ‘legal age of consent’ four days after.

One text exchange showed he knew about her age, he asked her if she drinks and if she goes out, “Where do you go out?” Victim: “I’m not old enough to go out.” Johnson: “Yeah, but you look old enough.”

Then they first met up in his Range Rover outside a Chinese takeaway near her house, where he gave her a signed jersey in January 2014. On January 30 they met there again, and kissed, as well as unzipped her jeans.

This is a text message exchange after that sexual encounter:

Johnson: “It was class.” “Just wanted to get your jeans off, LOL.” The victim: “Next time.”

As for the charges against him, so far he has plead guilty to sexual activity with a child and to grooming, but not guilty to those involving penetration.

Related Topics:adam johnsonFootballPedophilepedophiliasunderland
Up Next