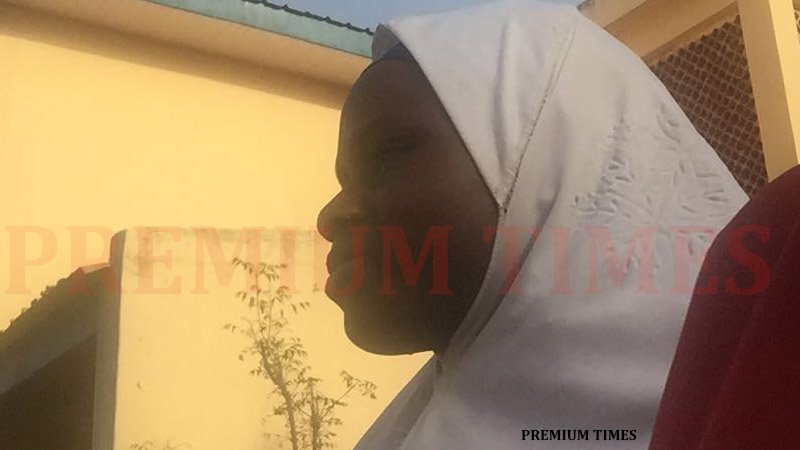 Premium Times is reporting that Ese Oruru, said on Monday she was not interested in reuniting with her family, denying reports that she was abducted from her home in Bayelsa State.

In an exclusive audio recording obtained by PREMIUM TIMES on Monday, the girl also said she eloped with her lover to Kano in order to convert to Islam.

“My name is Aisha Chuwas. I am 17-year-old. I came here to be a Muslim and I will stay here,” she said in the audio.

The recording appeared a conversation between Miss Oruru and a police interrogator in Kano.

A human rights lawyer, Huwaila Mohammed, who was given access to the girl at the Zonal Police Headquarters in Kano, said upon interrogation, she understood the girl was never forced to convert to Islam.

“I was there to protect her rights,” Ms. Mohammed said. “When I approached her initially, she refused to talk to me. Later she opened up to me.

“She is very defiant. She told me she was born in February 1999. I personally wanted her to reunite with her family, but surprisingly she asked me to tell her mother that she will never return to Bayelsa.

“The police should ensure that she is protected and returned to her family. She is still not matured enough to take such a weighty decision without parental consent.”

Ms. Mohammed, who also spoke with Miss Oruru’s lover, Yunusa Yellow, said upon interrogation, she established that he is 18-year-old man “not anywhere above 20”.

“I was surprised when I saw a very small boy. He is just 18-year old. I was enraged thinking that it was an old man involved in the saga. From the way I see it, they eloped not because of religion but love,” she said.

You can read the full article on Premium Times.

In other news, the Emir of Kano denied involvement, condemned the abduction and promised to help get the teen home.