Gianni Infantino is the New President of FIFA 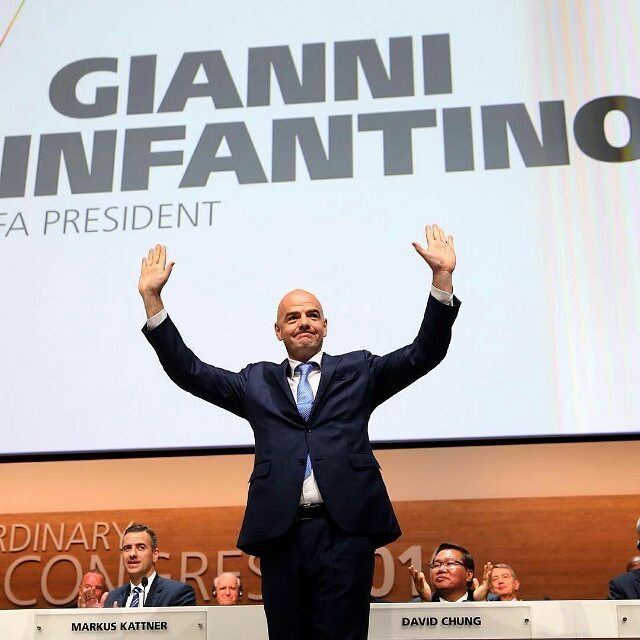 Gianni Infantino has today been elected as the President of FIFA for the remainder of the current term of office (until 2019) by the Extraordinary FIFA Congress held in Zurich. He was elected as the ninth FIFA President after the second ballot with 115 of 207 total votes. In line with the FIFA Statutes, the mandate of the new FIFA President started after the conclusion of the Congress.

Gianni Infantino born 23 March 1970 in Brig) is a Swiss football administrator of Italian origin. He was the general secretary of UEFA from 2009 to 2016 and holds both Swiss and Italian nationality.

Related Topics:Gianni Infantino
Up Next

Winners Emerge in Genesis Restaurant’s “Eat Win n Ride” Promo! One of the Biggest EVER in Port Harcourt