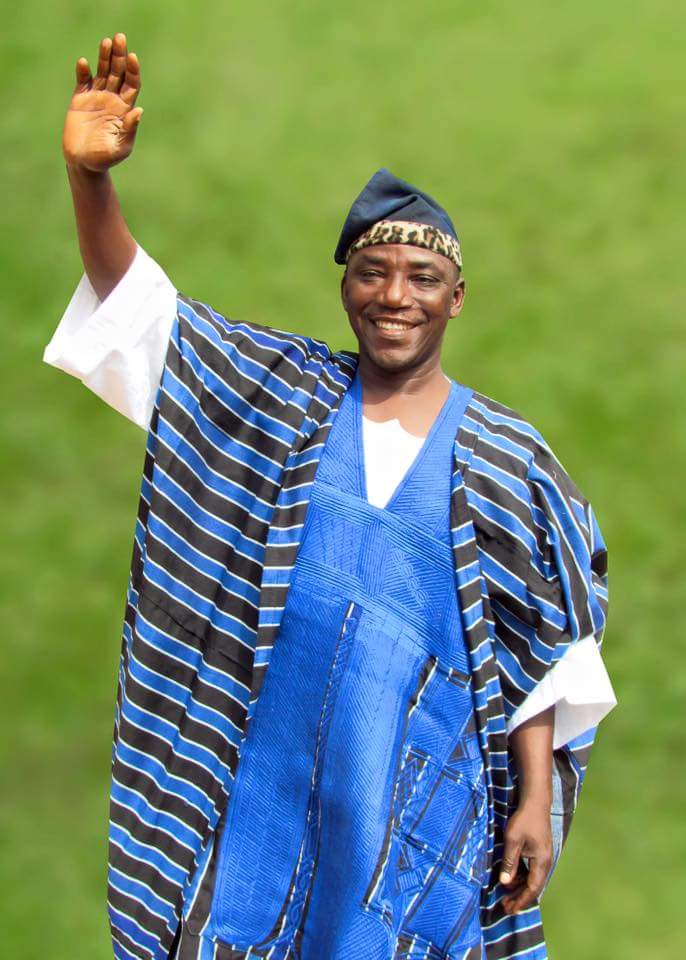 Dalung had written to FIFA, through the Nigerian Ambassador to Switzerland, saying him and his delegation want to discuss the ongoing leadership battle at the Nigeria Football Federation (NFF) with FIFA president Gianni Infantino.

Earlier this week, FIFA issued ultimatums to Nigeria and Ghana over “undue influence” in the affairs of their football governing bodies.

FIFA, in their statement said the NFF would be suspended if its offices “offices are not handed back to the legitimate NFF executive committee under president Amaju Pinnick” by August 20th.

Pinnick and Chris Giwa, who is on a worldwide ban by FIFA have been battling for the top NFF job.

The letter also reminded Dalung that Giwa is on a worldwide ban from football-related activities, adding that communication to FIFA should be done through the NFF, under Pinnick’s leadership.

While we are aware of the seriousness and urgency of the matter, we regret to inform you that we are not in a position to respond favourably to your request for an appointment with the FIFA Ieadership. In fact, the FIFA President is indisposed during the proposed period.

Moreover, we would like to recall that one member of the proposed delegation, Mr Chris Giwa, is currently under a worldwide ban, in accordance with the decision of the FIFA DiscipIinary Committee dated 10 January 2017 to extend the five—year ban from taking part in any kind of footbaII-related activity imposed by the Nigeria FootbaIl Federation’s (NFF) Disciplinary Committee on 12 May 2016.

We would Iike to emphasise that we normally communicate with and through our member associations, in this case the NFF under its Iegitimate President Amaju Melvin Pinnick.

Consequently, we would be grateful to have any future correspondence be routed through the NFF directly.

See both letters below: 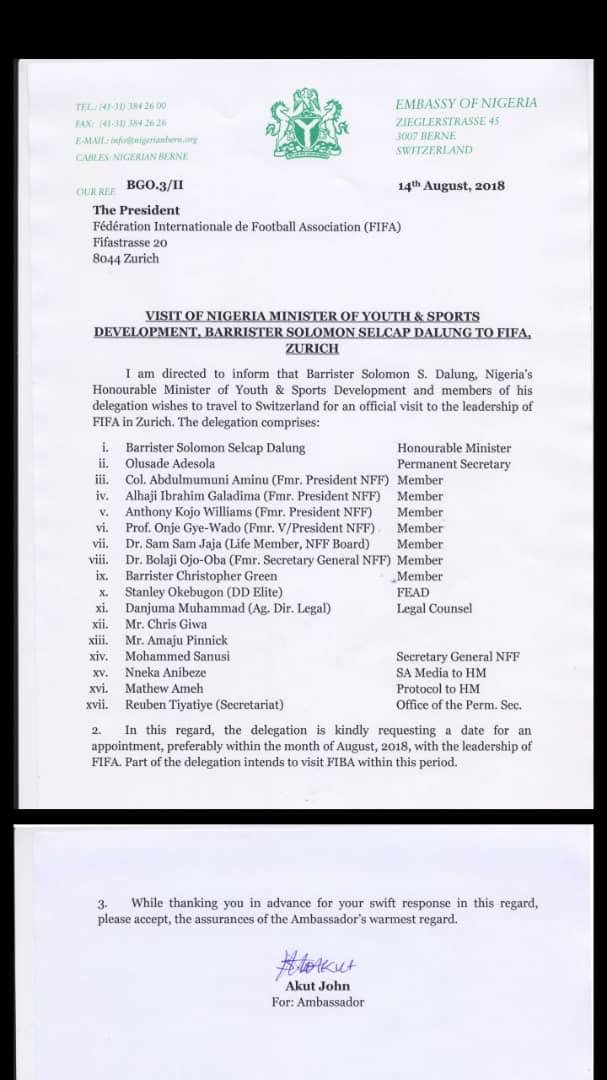