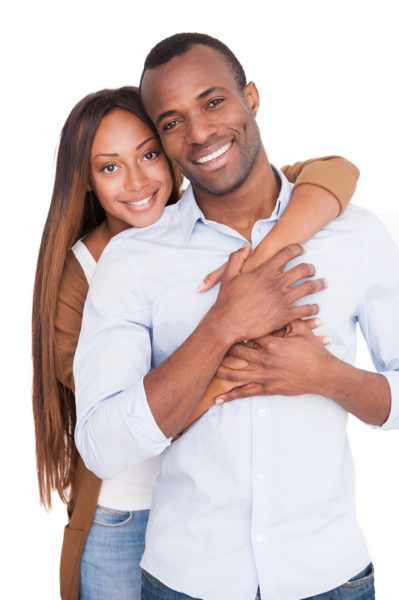 I roll my eyes at this whole frenzy about Yòrùbá demons. The way Lagosians like to just fixate on one thing ehn? Everyone will just jump on one wagon and over-flog the thing for a few weeks before they find something else to chase after. Who said Yòrùbá demons just started to manifest? You people don’t know anything. In my ripe old age of thirty, I have been dealing with them for over fifteen years. All them girls be crying “Yòrùbá demon broke my heart”, “Yòrùbá demon dumped me”, una never see heartbreak!

I met my first demon when I was fourteen and he was a very special one, demon and all. You know, your first one is always special. Káyòdé was a Unilag Boy and the first appeal was the fact that little me could catch the attention of a smooth, sophisticated guy like him. I mean, none of my friends even had boyfriends, not to talk of a Lag boyfriend with a car. I was the most popular girl in my school for all of two weeks until his equally sophisticated Lag girlfriend paid me a visit and literally scratched my eyes out. Then I became the most popular girl in the entire neighborhood. And of course Bros Káyòdé had eaten the cherry on the cake by then. Don’t judge me oh! It was love, at least I’m not blaming le démon like these girls are doing these days.

Fémi was closer to my age, plus I was a lot older then (and wiser, I think). We met in Path Finders Jamb lesson and we used to jump bus to lesson together from Àkokà (ain’t no way another guy was bamboozling me with his fancy car) so I was more secure in the relationship, knowing that there was no Madam high-and-mighty waiting to give new meaning to the expression “kick-yo-ass”. All was well in paradise until my cousin wanted to give me gist about this wonderful new guy she’d just met who was God’s special gift to women. Short story extra-short, I wasn’t even the Chief Madam oh, iró! I was the other other woman and cousin moi was number four. Kai, even those chingum boys were running things back then!

Ayò was my Bestie in 400 level. I was the Bonnie to his Clyde and we went everywhere together, read in Akíntúndé Òjó together, ate lunch together at SUB after lectures, did assignments together and even went to fellowship at Main Auditorium together. He used to tell me I had beautiful eyes (yímú) and that his mother would just love me, that I was so much like her (double yímú). Everyone thought we were dating, even me sef carry join think am, until he went to London for Christmas that year and came back married to some Akátá chick. Jídé was married with two kids and I was the múgù who helped him pick out gifts for his “sister” and “nieces”. When I found text messages on Kólá’s phone, he had the audacity to suggest a threesome with the somewhore else, imagine! Johnson was half British but his Yòrùbá half carried the demon gene. Lékan was….abeg, let’s leave all that story. If I continue ehn, we’ll be here all day. The point I want to make is that those demons ehn, they’ve been around tey-tey, so please everyone should let me hear word. Take it from someone who knows, all this noise girls are making about it won’t change a thing. They will still be here till kingdom come. And seeing as me I can like to fall in love anyhow, I had to find a way to weather the storm. The key here is not to try to change the demon, but to “hold him down”.

Enter Cynthia, a friend from way, way back who introduced me to Poknomi and the wonders of Love in a bottle. You can call it jazz or jùjú (Cynthia calls it her Jagermeister) or whatever else you want, na you sabi. I call it my Guarantee. If I’m going to invest so much in a deal, there has to be returns at the end of the day nah. Like my mother always says, follow your heart, but take your head along.

Remember Káyòdé (the first one oh, not that other one) who popped the cherry? Shèbí I said I loved him, and true to God, I still love him oh! Well, he was the one I chose specially for poknomi. Don’t ask me how I managed to keep track of him for almost twenty years. That would be giving out the secrets of the trade. He’s almost ten years older but he’s one of the big boys in Abuja now plus I still love him (never forget that).
We were happy for a couple of months (although I can’t say the same for his wife) until I ran into Kólá on a trip to Port Harcourt. He was with this very good looking friend of his (abeg please! Did you think I was going to say I was still in love with Mr. Threesome? Tuffia!) and that was when the penny dropped. Who said there was no love in sharing? There is actually more than enough love to go round and make the world a better place, so Mr. eye-candy-friend joined the clan. Then I remembered Bestie and that nonsense Akátá chick he left me for, so he’s always on standby whenever I’m in London. Then there is Ifeanyi who technically isn’t a Yòrùbá demon but is a demon all the same, so po-tay-to po-tah-to.

Did I hear you say I have become a demon too? Please oh, Kámári! At least, I’m not dumping people up and down and stomping on hearts left, right and center. I love each one of my men very much and we are all one big happy family. When someone starts to annoy or bore me, I just tell him (really nicely) to leave. When there’s a new addition to the family, everyone plays nice, even if they don’t like it. The only problem now is I don’t know which one to marry. I know it’s only just a matter of taking a name and showing him to my family but still, I’m so spoilt for choice…

Naija Single Girl: How I Feel About BellaNaija Commenters