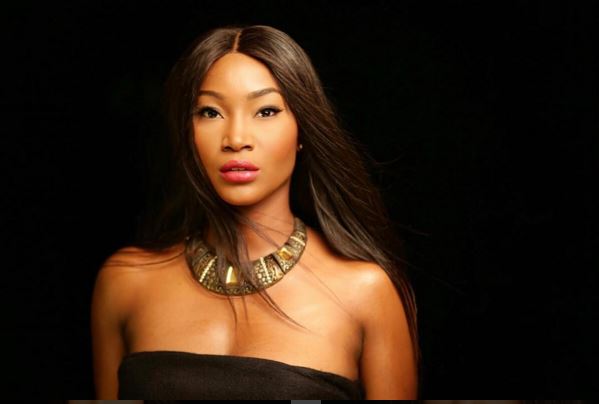 It happened one day that I was browsing online, reading articles, when I came upon an argument between commenters. It was a fine day, indeed, where a celebrity had dared to post a picture of herself in a bikini. The picture of her “hot bod” was posted online, and the vitriol came pouring in. A few were indifferent, some were offended and blamed her for promoting nudity and decadence – citing that, it was unAfrican and against our culture and tradition. The rest were exasperated with the culture-police and tried to educate them about freedom of choice; that in fact – nudity was not alien to our ancestors who walked around almost naked or barely-clad.

The online fight got very bitter.

Somehow, RAPE got dragged into the argument – See as she is showing us all her wan-tin-tin. After she go say make man no touch am. If dem rape this wan, who go pity am?

Somehow, ROLE MODELISM got dragged into the argument – I am sorry, but this is just disgusting. All these celebrities be spoiling the African youths and children. Leave the Oyinbo people to be exposing their breasts and laps, it is not “us”. It is not African.

Akpalamkpam! (Actually, this is a coined word. It is typical Isio gist-speak. It means, “Chaiiiiii! Chaiiiiii-iiii! My people. Bhet why are we like this na? Bhet Lord, where is the HOPE for my people?! Chaiiii-yi”)

A lot has been said about what is African. A lot more has been said about what is African by Africans. But wait o. Exactly what is African kpaa–kpaa? Who can say exactly what our culture and tradition permits and what it does not? Can we not forget to remember that there are 250 ethnic groups in Nigeria alone? That Africa has 3000 distinct ethnic groups and 2000 languages? FACT- Culture and tradition differs from place to place. FACT – We are beginning to pick and choose and select, just as many pick-and-choose from our sacred religious texts, say, like the Bible.

Perhaps we just confuse our religious beliefs, our personal moral code with what we think is African. The flip of this coin is that we also excuse the inexcusable, excuse and tolerate injustice, because well… We are African, our culture and tradition demands so, so and so.

And so, I wrote a list (in my opinion) about what we confuse, excuse and/or justify in the name of culture, tradition and religion. It’s a long list, with each one a topic on its own, and with my word limit, I hope we can – for our collective good and education- share experiences, discuss the problems/solutions and debate on these issues in the comment section.

Nudity
But who no know say, from the days of the cave-man, until the days of Kunta Kinte, many our African ancestors dey flex with raffia, animal skins, banana-leaf and [in some cases] calabash to cover the coverables. Abeg, na dash dem dash us cotton pant sef. Even the Ankara wey we dey call African fabric was originally made by Dutch for the Indonesians. At least we have Aso-Oke. 10 gbosa for Affffff-ri-ka!

Child marriage/ paedophilia
Let’s not tiptoe around this issue abeg. Whether or not this was how our ancestors did it, this is wrong. This should stop. Don’t make a still-developing child a mother. Marrying a child does not make you less a paedophile. It saddens me greatly that we [Nigerians] have legislators who defend this ugliness. It is even sadder that it is the people who are unscarred by this injustice who call for it the loudest, never minding the cost to their victims who are often scarred and abandoned as social outcasts once they develop VVF. Nigeria has the highest VVF cases in the world. You all should be ashamed of yourselves.

Gender inequality (boys over girls)
This one, I don’t even know where to start from. All children are gifts from God shikena. The lengths some of our people go to to have a male child is alarming. And the things we excuse in the name of, eh, she couldn’t give him a son is Akpalamkpam! So many of our issues today can be directly traced to our celebration of gender inequality, and the change has to start from every family unit.

Marital Rape
I think married folks need to speak up on this issue. Does our culture permit/excuse any-time/anyhow knacking? Many people don’t believe that married women can get raped by their husbands. Many will get laughed at their faces should they try and seek help/counselling. Something about, you are married now, your body belongs to him/her… Okay na.  Akpalamkpam!

Polygamy
Many defend polygamy as being a part of our culture. This is true. But citing polygamy as the only polyamorous relationship existing in Africa is False. So is Monogamy, and Polyandry. I personally prefer monogamy, but have no problems with any adult who chooses to be in a polyamorous relationship as long as all parties ARE WILLING and ARE HAPPY to share themselves RESPECTFULLY with each other. No stories that touch please. Don’t excuse polygamy and condemn monogamy and polyandry.

Child-bearing
This has nothing to do with culture or tradition. Some people quite simply do not want kids. I have met 5 of such people. 4 are Nigerians.

Female Genital Mutilation
TAHHHHHHHHHHHH! What do you mean you want to cut her Garden of Eden? I rebuke you in Jesus name. Wrong, wrong, wrong! Inexcusable. Please leave this practice behind in the Dinosaur era.

Cruelty in the name of discipline
This is the excuse many school teachers, use to beat other people’s children half-to-death. This was the case in my boarding house. It was also known as Obey before Complain. They say it is rude to talk back to your elders, so if your teacher said you did something, you need to submit to the punishment before you can even defend yourself. Discipline is good, cruelty is bad.

That being said, things we should really condemn:
Ritual killings – Sad but true, people killing people for occultic rituals, using of human parts for rituals like money-making, fertility or extended-life. There are other regions where the practice of Abobaku and other similar, are still being practiced in the name of culture and tradition.

Widow de-humanizing and cruelty – The things many widows are forced to do, wear or say because they had the misfortune of out-living their husbands can make evil Satan cry and say, “I no dey there o! These human beings, their wickedness na Apalamkpam!

Child labour and Slavery – Yes, we are community oriented, and it is customary for a wealthier family member to help raise other kids from the family/community. But some people use this as access to free and cheap labour. Turning these people to their very own modern-day slaves. But how can you import someone from the village and promise to send them to school only to turn them to slaves in your home? Some take them abroad and seize their passport. The victims would be lucky to see the sun sef. Forget moonlight. That one na luxury. Ask them, “Hello, waaz today’s date, and they will just be looking at you like lucozade boost.

That was how a church member asked my family’s house keeper to help her get someone to be her housekeeper, groundskeeper, nanny, cook, personal assistant and laundry girl. Plus, she wanted the girl NOT to live in her house, but to come daily to the mainland from Ajah.

The slavery, for N8,000 a month.
My people, please let’s be our own Culture Police. What exactly is the African culture? What are we doing/excusing that needs to go? And most importantly, what are we losing that we need to preserve? I’d say, our languages and our art. I wish we could preserve those.