Mercy Aigbe-Gentry Opens Up: Her AMVCA Dress, Hopes her 2nd Marriage will be Her Last & Says Yoruba Actors Should be Given More Respect 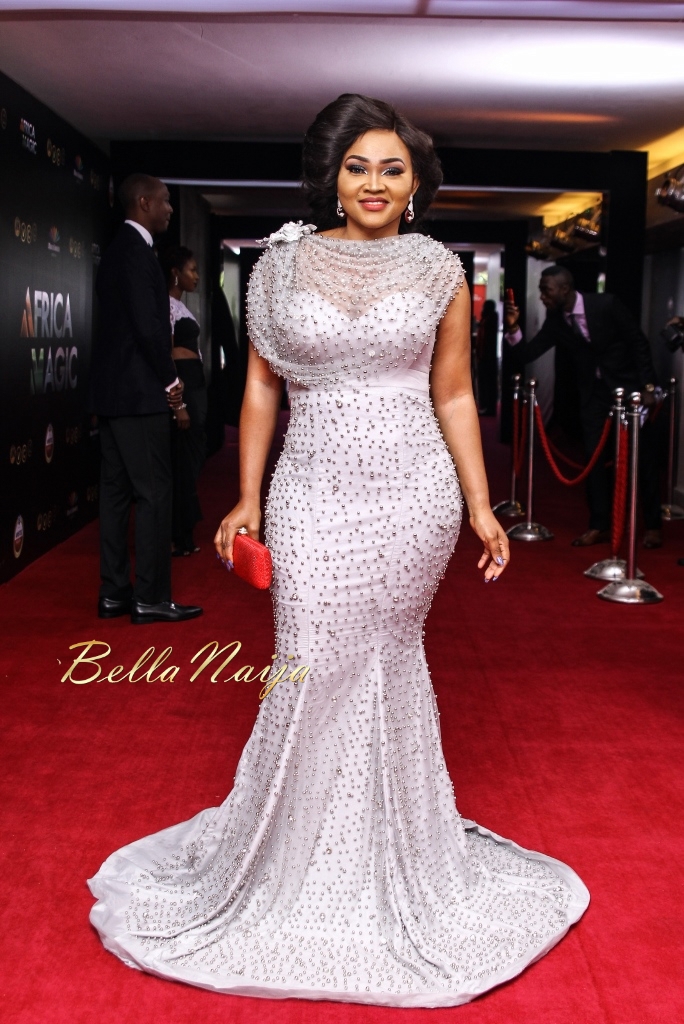 In a recent chat with Punch, Mercy Aigbe-Gentry opened up about the Yoruba movie industry – why they should be considered part of Nollywood, she will never stop working on Yoruba movies, her personal life and her recent AMVCA nomination and show-stopping dress.

In between this time, I worked with Lancelot Oduwa-Imasuen in his movie titled The Other Side of the Coin.

You recently spoke about Yoruba movie practitioners being discriminated against. Why do you think this is so?
I really don’t know why and it has been on for a very long time. However, we have started to get better recognition unlike what obtained in the industry four years ago. The gap is already being bridged and I think it is only a matter of time. I think we Yoruba actors also need to let people know that we are also a part of Nollywood and demand to be respected like our English counterparts. Our works will speak for us at the end of the day. I think it is about time we are respected, so the gap that currently exists can be closed.

Do you think the Yoruba movie genre has better actors?
Our counterparts in the English genre have always had fantastic stories and actors. I think Nollywood should be one and devoid of any form of disparity or segregation. The term Nollywood in my opinion means movies made in Nigeria irrespective of the medium. I am also featuring in a Hausa movie which will be released soon.

Why are actors in the Yoruba sector tagged illiterates?
This is one area where I have a problem with people’s perception of Yoruba actors. Many people think we are uneducated and can’t speak good English. I think people are not informed, so whenever someone tells me they are not aware I speak proper English, I simply laugh it off.

In the last few years, you have attained new heights in your career. Some of your fans are of the opinion that you no longer fit into the Yoruba genre.

Some people write to me and request that I should feature in more English movies because they believe that only then will I gain more acceptance and recognition. My fans believe I’m not being appreciated in my sector.

Will you eventually stop acting Yoruba movies?
I can never stop acting Yoruba movies because that industry made me who I am today. As a matter of fact, a lot of people don’t know I am from Edo State. When I began featuring in Yoruba films, I wasn’t speaking the language flawlessly, so I had to learn on the job. My industry is very accommodating and that is why I would always be grateful to them for accepting me and giving me a platform to excel. I also produced a movie titled Osas in order to connect with my Benin roots.

On her Personal Life & Acting
How have you being able to keep your home?
It hasn’t been easy and this is actually my second marriage. Before I got married to my present husband, I asked God to make this my second and last marriage because I want to stay married. Our marriage is under scrutiny all the time and a lot of people just want to find faults even when there are no faults. My previous marriage taught me to be more patient, tolerant and prayerful.

Is he comfortable with the romantic scenes you take part in?
Yes, he is and I actually kiss in my movies. I was already an actress before I met my husband and he goes through my scripts. Sometimes, he chastises for not kissing well in a movie. I could be on set for a week or more and he does not make an issue out of it. I know I married my friend and he is very understanding.

Tell us more about your AMVCA outfit that sent social media into frenzy?
People haven’t stopped talking about my dress. So many people aren’t even aware that a young, creative Nigerian fashion designer made the outfit. We shopped for the fabric together, agreed on the style and God made it a hit. I arrived at the award venue with a team and a back-up dress even though we had settled on a dress. The outfit earned me more followers and some people have even requested that my designer make the exact dress for them as their second wedding outfit.