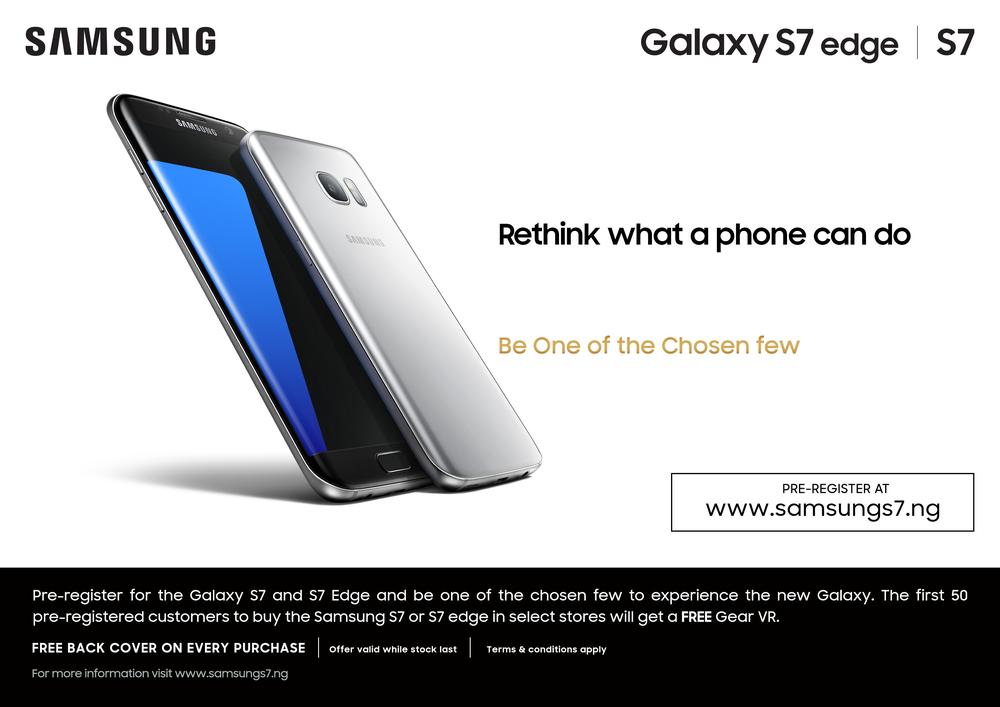 After months of speculation, Samsung Electronics West Africa has announced that its latest flagship phones in its long line of Galaxy devices will be available for pre-registration in Nigeria from today – March 1st 2016. The smartphones on offer are the alluring Galaxy S7 and S7 Edge available in 32GB with expandable memory slot of 200 GB.

Emmanouil Revmatas, Director of Information Technology and Mobile, Samsung, said that Galaxy S7 and Galaxy S7 Edge represent the new galaxy of unlimited possibilities. “Samsung did not just redefine these devices but also re-imagined what they could do based on the feedback from the people who use them, and what they need most from the devices. Our customers are the inspiration for any innovation. These devices do not only look great but feel great as well and comfortable to hold. They are sleeker with smoother edges and lines,” added Revmatas.

The Galaxy S7 and S7 Edge were first unveiled on February 21st at the Samsung Unpacked event held at the Mobile World Congress (MWC), Barcelona, Spain.

The devices are available in Black Onyx, Gold Platinum and Silver Titanium. 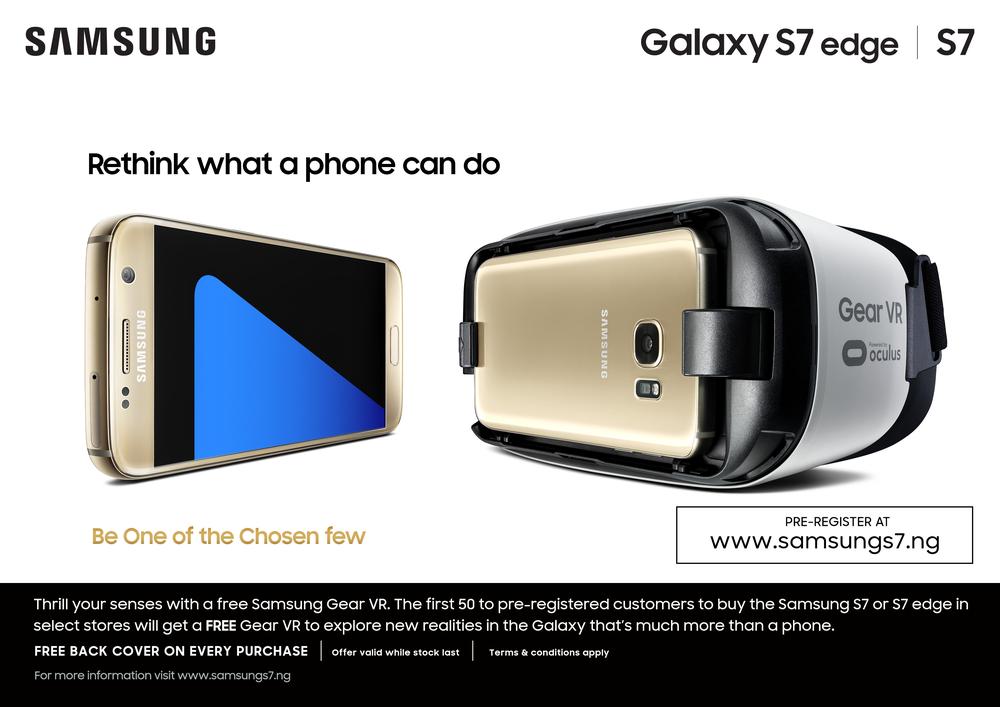 Pre-Register & get a free back cover and Samsung virtual reality device*
To pre-register for either of the new smart devices, customers can visit www.samsungs7.ng ; the network providers, MTN, Airtel, Etisalat and GLO; Samsung Experience Stores as well as select retail partners nationwide.

Samsung will be giving out free back cover for all pre-registered customers who make a purchase from any authorized Samsung retail store nationwide, offer valid while stock lasts. Plus the first 50 pre-registered customers to make a purchase at select Stores will get a free Samsung virtual reality device, Gear VR). View list of select stores on www.samsungs7.ng. *Terms and Condition apply.

Samsung Electronics Co. Ltd. inspires the world and shapes the future with transformative ideas and technologies, redefining the worlds of TVs, smartphones, wearable devices, tablets, cameras, digital appliances, printers, medical equipment, network systems, and semiconductor and LED solutions. Samsung is also leading in the Internet of Things space through, among others, Smart Home and Digital Health initiatives. We employ 307,000 people across 84 countries with annual sales of about US $196 billion. To discover more, please visit our official website at www.samsung.com and our official blog at global.samsungtomorrow.com

#FreeEse – Rescued teen tells Punch Newspaper “I am Not Fine”