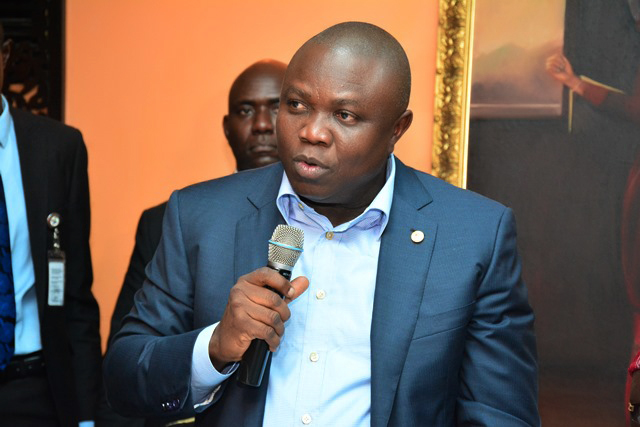 Governor Akinwunmi Ambode of Lagos State on Tuesday said that traders in the popular Mile 12 Market would be relocated to the new market site in Imota in the next six months.

The governor, who inspected the new site proposed for the market, assured that work would commence there in the next seven days to realise the objective.

He ordered the Ministry of Physical Planning to commence work to meet up with the six months deadline.

The governor urged residents to embrace the change as an avenue to boost trade and expand road network in the area.

Ambode said that the market, which would sit on a 35- hectare expanse of land, would be provided with modern facilities for the convenience of traders.

The News Agency of Nigeria (NAN) recalls that community leaders and traders in the Mile 12 area had in March agreed with a plan of the State Government to relocate the market to a more convenient location. Click here if you missed it.

According to the government, the market has outgrown its present location and needs to be relocated.

The government had announced the relocation plan after a communal clash in the area led to a two-week closure of the market, before its eventual reopening on March 17.

Ambode, on Tuesday, also promised an overhaul and upgrade of the Imota Rice Processing factory in Ikorodu to meet up with its optimal production capacity.

The governor, during an assessment tour of the rice mill, said that the facility would be up and running within the next six months.

According to him, it is a major investment that should not be left to rot away.

Ambode said that private investors would be needed to complement the government’s intervention with an additional 10,000 metric tonnes per hour.

He gave the state Ministry of Agriculture and Cooperatives six months ultimatum to restructure the mill and also ensure that it is handled by experts.

According to him, this initiative will also assist the state in its recently signed Memorandum of Understanding (MoU) with the Kebbi State Government on the establishment of a commodity value chain.

“This is the only platform we can also use to allow the inflow of rice paddy from Kebbi state to be packaged in Lagos State. The intention is not even to partner with Kebbi alone, we are also interested in inviting other states that have the paddy because the consumers are majorly in Lagos State” Ambode said.

He also said that the Agbowa Sawmill proposed for the relocation of the Okobaba sawmill in Ebute-Metta would be delivered by September.