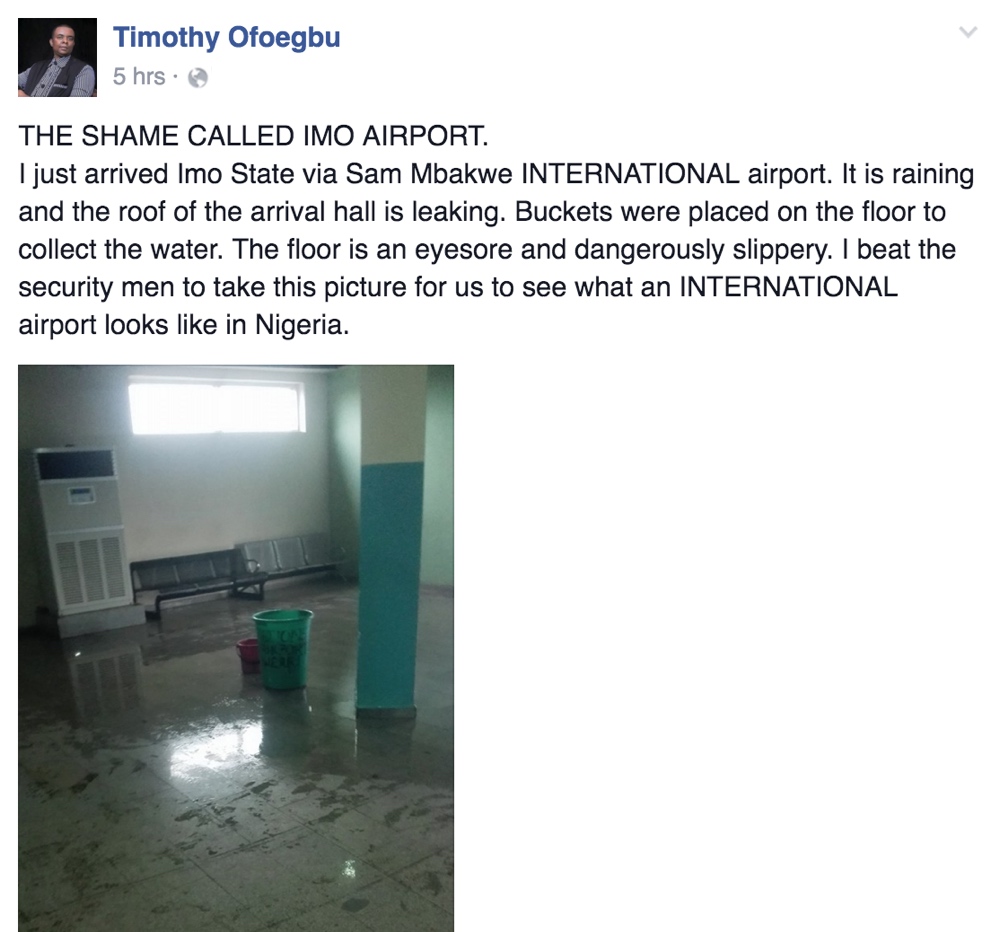 A Facebook user’s post on the Sam Mbakwe International Airport in Imo state has gone viral. He said the ceiling was leaking, making the floor slippery – a hazard for workers and travellers alike.

The airport is the first state government-built airport in Nigeria and was named after a former Imo state governor and philanthropist – Sam Mbakwe, who is now late. According to Wikipedia, there are currently only 3 airlines that operate in the airport – Air Peace, Arik Air and Aero Contractors, and they fly to Lagos and Abuja only. 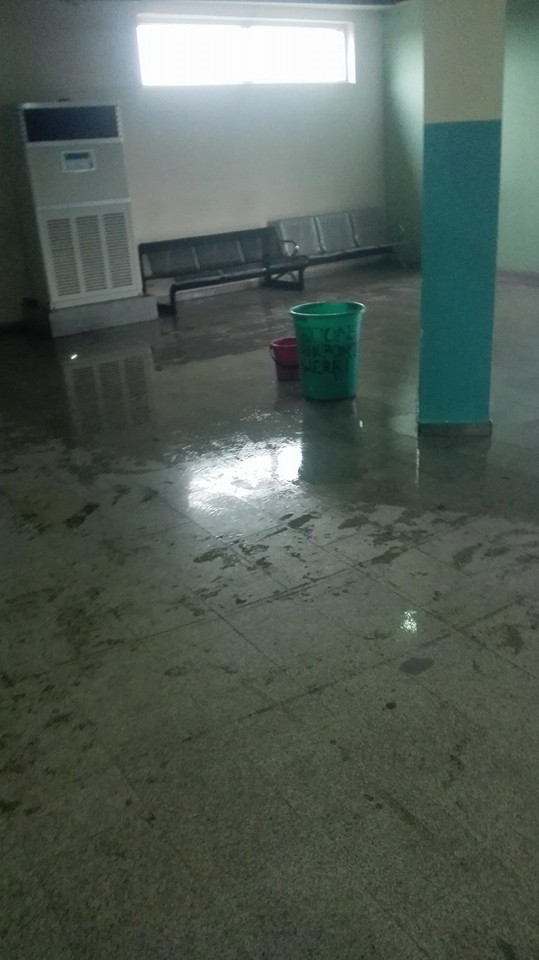 Enugu 76: The Story of Farmers Searching for their “Missing” Women Arrested by Unknown “Men in Military Uniforms”