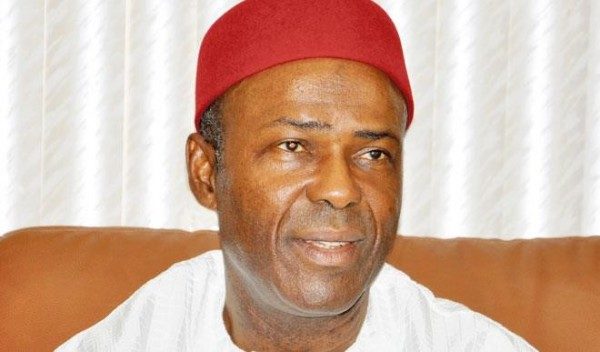 The Federal Government says it will ensure that it uses science, technology, engineering, research and innovation to make Nigeria a great country.

The Minister for Science and Technology, Dr Ogbonnaya Onu, said this when he featured on the News Agency of Nigeria (NAN) Forum in Abuja.

Onu said that the President Muhammadu Buhari administration would work hard to avoid repeating the mistakes of past governments, which neglected science, technology, research, engineering and innovation.

“We have made a lot of mistakes as a nation by not according science and technology its rightful place in the development of our country. Every administration since independence has been talking about one form of revolution for agriculture, but it has not worked because they don’t pay attention to science and technology.

Now they say young people should go to the farm. No young person has gone (to the farm) because the labour intensity in farming is heavy. So, it is only science and technology that will reduce the labour.

No nation in the world, whether in ancient or modern times, has ever been truly great without science and technology.

President Muhammadu Buhari is giving us support and he acknowledges the importance of science and technology to nation-building. We are determined to making sure that science and technology, engineering, research and innovation will play its rightful role in making Nigeria truly a great nation.” Onu said.

He said the science and technology sector had the capacity to develop the health, agriculture, security and defence, and manufacturing sectors of the country’s life.

He added that science and technology sector could help advance the country’s space project.

Onu said Nigeria could use its huge coal deposits to create alternative sources of power given the shortage of gas occasioned by the incessant vandalism of the pipelines belonging to NNPC.

“Coal is very important. Many people don’t realise that almost all the developed countries in the world get most of their electricity from coal; almost all of them.

And what is very good is that our own coal is even of better quality than their own, because the sulphur content in our coal is lower than in most coals in the world.

So, when you look at pollution, it’s easier to handle our own coal than theirs. And we must use coal because this problem we now have with pipelines if we have power plants using coal that will not happen. Because you will build those power plants very close to where you have your coal and it’s cheap.

But above all, it’s a resource that we have and we must utilise it. We need to have a basket containing all sources of the energy sources. So utilise them so that if you have a problem with one you can make up with the other not what we have now,” he said.

Onu said the Federal Government would ensure that the economy was diversified.

The Minister also said that research is ongoing to produce cement for road construction in the country.

According to him, production of indigenous cement for road becomes necessary due to the way some asphalt built roads get damaged, causing hardship to road users.

“We’ve asked Nigerian Building and Road Research Institute (NIBRRI), to commence research in concrete because we have seen that using asphalt on our roads has not been much enduring. It is something that many of the advanced countries are already using but the reason for our research is that we want to study how we can make it have the Nigerian character,” Onu said.

He said the nation had all it takes to be the technological hub of the continent, adding that consumption of home grown products would promote innovation needed for standard creativity.

“When we properly harness science, technology, engineering, research and innovation, we will be the technological hub because there is tremendous potential in Nigeria. We want a situation where Nigerian scientists and engineers are creative and innovative. We want them to also be successful and prosperous. You have Nigerian scientists and engineers in virtually, all the major research institutes in the world, these are the people we can also attract home,” he said.

The Minister said that the National Research and Innovation Council (NRIC), which has President Muhammadu Buhari as the Chairman, 15 ministers and other key stakeholders would make significant impact in promoting innovations in the country.

He added that the current administration would make deliberate efforts in attracting young and old to science and technology innovations.

NAN recalls that National Research and Innovation Fund has also been established so that research, science and technology could be funded outside the annual budget.