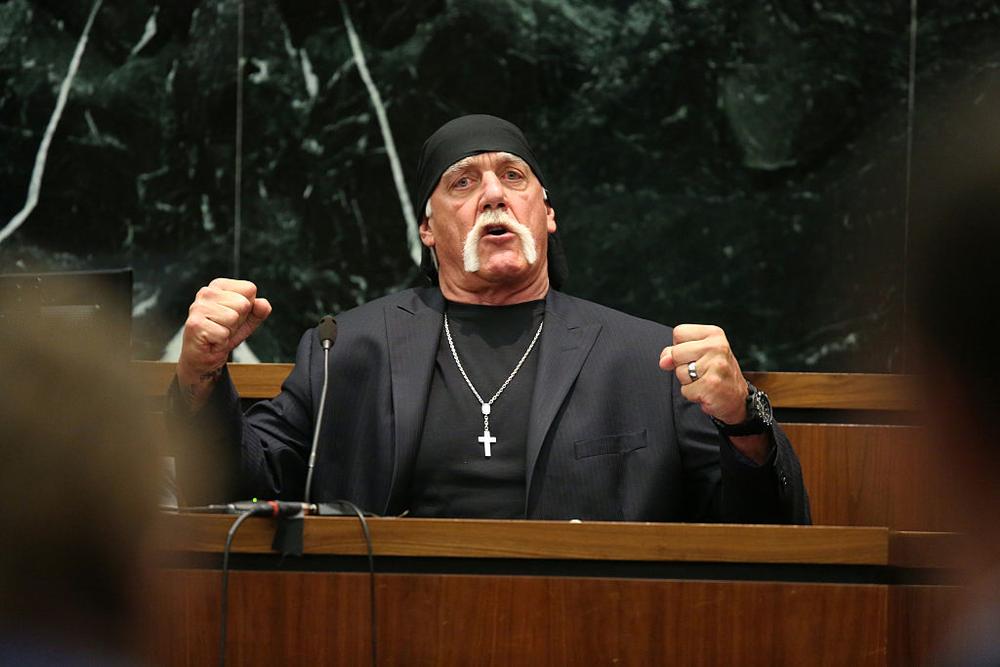 ST PETERSBURG, FL – MARCH 08: NY POST OUT Terry Bollea, aka Hulk Hogan, testifies in court during his trial against Gawker Media at the Pinellas County Courthouse on March 8, 2016 in St Petersburg, Florida. Bollea is taking legal action against Gawker in a USD 100 million lawsuit for releasing a video of him having sex with his best friends wife.

Gawker Media, an online media company which had been asked earlier by a Florida Court to pay 140 million dollars to former celebrity wrestler, Hulk Hogan has been denied a new trial.

The media company had requested for a new trial to defend its posting of Hogan’s sex tape and requested the court to reduce the140 million dollars compensation the company was to pay the celebrity wrestler.

These requests were, however, declined on Wednesday as the court had found the media website guilty of violating Hogan’s privacy, attorneys said.

An attorney for Hogan, whose legal name is Terry Bollea praised Judge Pamela Campbell‘s decision to deny Gawker’s motion for a new trial.

Campbell this year presided over the jury trial in state Civil Court in St. Petersburg, Florida near the wrestler’s home.

“Gawker has failed and continues to fail in recognising their obligation to Bollea for their reprehensible behaviour and method of doing what they call journalism,” his attorney, David Houston, said in a statement.

Before the decision, the New York-based media outlet had said it planned to bring its case before an appeals court.

“We look forward to the legal process continuing and expect to be vindicated,” Gawker said in a statement after Wednesday’s hearing ended.

In March, a six-person jury awarded $60 million to Hogan, 62, for emotional distress and $55 million for economic damages.

The jury then slammed another $25 million in punitive damages on the company and its Publisher and Chief Executive Officer, Nick Denton.

Hogan had sued the website for posting a one-minute, 41-seconds edited video clip in 2012 featuring him having sex with the wife of his then-best friend, the radio shock jock Bubba the Love Sponge Clem.

He testified that he did not know that their consensual tryst was being recorded when it occurred nearly a decade ago inside Clem’s home.

Thiel was the subject of a 2007 Gawker article calling him gay, published when he was keeping mute about his sexuality.

“There are very serious questions about whether Hulk Hogan financially benefited, and this case is far from over,” Gawker’s statement noted in reference to the report.

Nigeria Will always be in My Heart – Outgoing Chinese Envoy