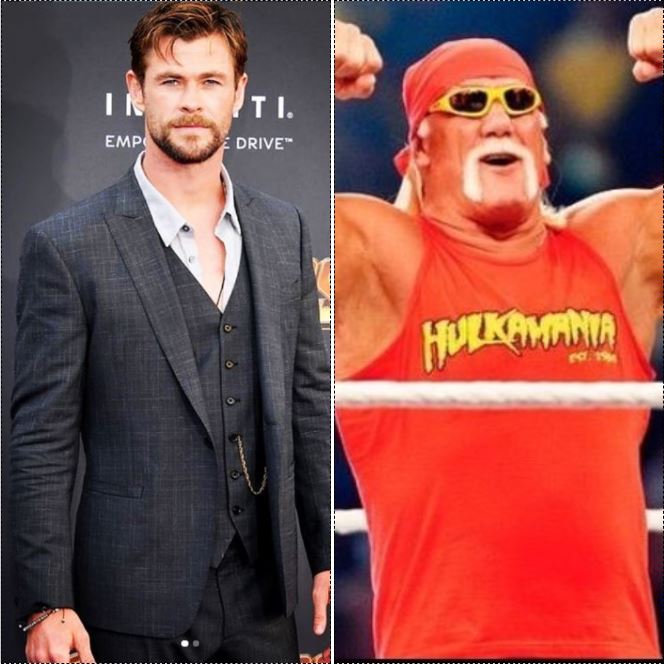 According to a report by The Hollywood Reporter, deals for the Hogan biopic are already nearing closing with Netflix.

Academy Award winner, Michael Sugar will be producing the biopic through his Sugar23 company,longside Phillips and Bradley Cooper, producing via Joint Effort.

Hulk Hogan is regarded as one of the all-time biggest names in wrestling. He began his career in the 1970s in the Florida wrestling circuit.

The biopic will not attempt to encompass Hogan’s entire life. Instead, sources say it will focus on his rise, and is described as an origin story of the Hulkster and Hulkamania.

Reacting to the role, Hemsworth teased on Instagram that there was no way he was getting into the cage, adding that he was pretending to be tough.

Nah seriously Elsa there’s no way I’m gettin in the cage, I pretend to be tough, this shit is real….is there green screen involved?? @elsapatakyconfidential @ufc