Fuel Subsidy Removal: "We were left with no other option than what we did" - Ibe Kachikwu | Watch 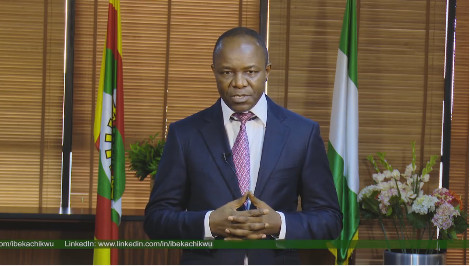 The Group Managing Director of the Nigerian National Petroleum Commission (NNPC) and Minister of State, Petroleum Ibe Kachikwu has said that the Federal Government had no other option than to remove the subsidy at this time.

Kachikwu noted that apart from unavailability of foreign exchange, the NNPC created the new price framework because it was the best and only option available.

He said that if the government had continued in the N86.5k per litre framework, it will eventually lead to non payment of states and federal government staff salaries, laying off of staff, and poor infrastructural development due to lack of funds.

Kachikwu urged Nigerians not to give up, saying that in the next 4 to 6 months the price of the product would be below what it is now because competition will set in.

He also said that with this development, the Federal Government, under the leadership of President Muhammadu Buhari will channel the monies realized to projects and interventions that will benefit Nigerians.

Kachikwu disclosed that this move will lead to the creation of about 200,000 jobs, an the retention of about 400,000 jobs which would have been lost.

A Lady’s Tale of “Work, Work” and all that