Gidi in Heels with 'Layemi: The African Woman & the Choices that 'Choose' Her 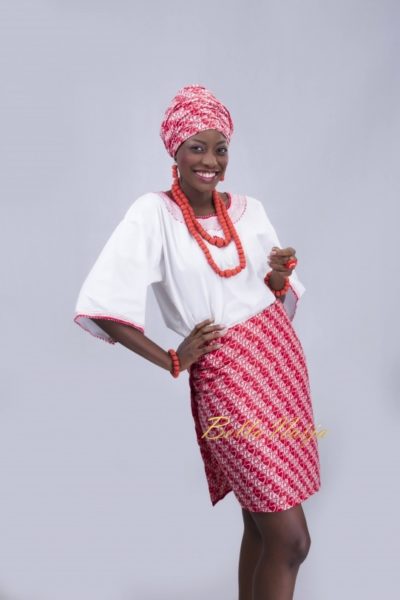 A few days ago, I went out on a lunch date with some of my female friends. It was supposed to be a lazy Saturday afternoon date at a classy restaurant. The whole ‘women lunch act’ is part of a resolution we made a couple of years ago to meet-up frequently and inspire one another towards the attainment of our goals. You know those goals that pretty much revolve around corner offices, women empowerment initiatives, Banana Island addresses, picture-perfect families and walk-in closets.

At these lunches, we catch-up on our achievements since the last lunch, give candid no-holds-barred advice, and as you can imagine, after some meetings two people end up not speaking to each other for a few days or weeks – depending on how ‘candid’ the candid opinions were. Sometimes those meetings are so brutal that we kinda go on a friendship hiatus until there is some new hot gist ‘juicy’ enough to put aside our bruised egos and contribute our quota to nation building by gossiping having a meaningful discussion about it.

Anyway, at this particular lunch date, we met another group of women lunching and we all sort of ended up having a conversation about life as an African woman. One of the ladies from the other group told us a rather interesting story about a woman she had recently met in the course of work. This woman was a very successful professional who had made a decision in her mid-twenties never to get married and at almost forty she was still very happy about her decision and was sticking to it.

Yes – the woman in question is a full Nigerian. No – she has never lived abroad (so it is not a Yankee/Jand mentality syndrome) and according to the narrator of the story, this woman has been in a committed relationship with a very great guy for almost three years now (so apparently the only closet she was hiding in were the ones on Fifth Avenue and Bond Street –  judging by the very vivid description of her wardrobe by the narrator. I can’t remember how the conversation drifted to her wardrobe).

Naturally, we were quite surprised as it is not every day you hear of a successful, good looking African woman who has chosen to remain single. Her reasons were very clear and simple according to the narrator– this woman wanted a life where she could put in all her time and effort into her passions, travel the world and create a collage of mind-blowing memories. She did not want children as she did not think she could be a good mother and still have the life she had dreamed of, and of course, not wanting children kind of limited her options of potential spouses.

Apparently when asked what she would do if she met a man who wanted the exact same things that she did and wanted to marry her – her response had been she would still decline because she simply could not promise anyone anything more than she was offering right now and did not want to take chances.

This particular conversation was very emancipating for me – in my head I was like… Yes! Finally! African women are taking charge of their lives, choosing their own paths and not allowing the pressure of being normal get to them. However, most of the ladies around the table had completely different perspectives. I will sum up their many perspectives in three categories:

Category 1: Her decision was as a result of a devastating heart break that had made her give up on men completely and so instead of admitting this, she had made up all these fancy dreams as an excuse for not trying to find the right man.

Category 2: Perhaps she had found out she could not have children and did not want it to become public knowledge and so had cooked up all these dreams as an excuse for why she did not want to get married.

Category 3: Her not wanting marriage and children is a very serious attack from her village as it is abnormal for a woman not to want a husband or children.

The ladies around the table concluded that whatever the reasons were for her resolution to remain single, it could be cured by prayers and counselling. They were sure that in her old age she would regret the decision and wish she had made a different choice. There was also talk that it was a selfish decision to make as if more women decided to make this life choice, it would be a threat to the continuity of the human race. The final reason why they concluded it wasn’t a great choice was because she could not be a good role model to the younger generation if she did not exhibit respect for the values of the typical African woman.

I probed further as to why they thought the values of the typical African woman was a consideration here and the conclusion was that the typical African woman knows it is part of her purpose to get married and have children.
The conversation quickly moved into an easier and less controversial topic but I couldn’t stop thinking about the perceived purpose of an African woman.
These are the questions that I have been pondering over:
1) When it comes to the fulfilment of purpose is there such a thing as being selfish? Can I choose the life I want without having to consider the implications of my personal choices on others or does being a good person mean putting the greater good above my personal desires?

2) Would the perception of this life choice be different if it had been made by an African man?

When asked my opinion, I had simply quoted the classic affirmative ending in William Henley’s Invictus – I am the master of my fate, I am the captain of my soul.

Do African women make their own choices or do their choices choose them? Are African women truly empowered or is there a need to change the narrative?